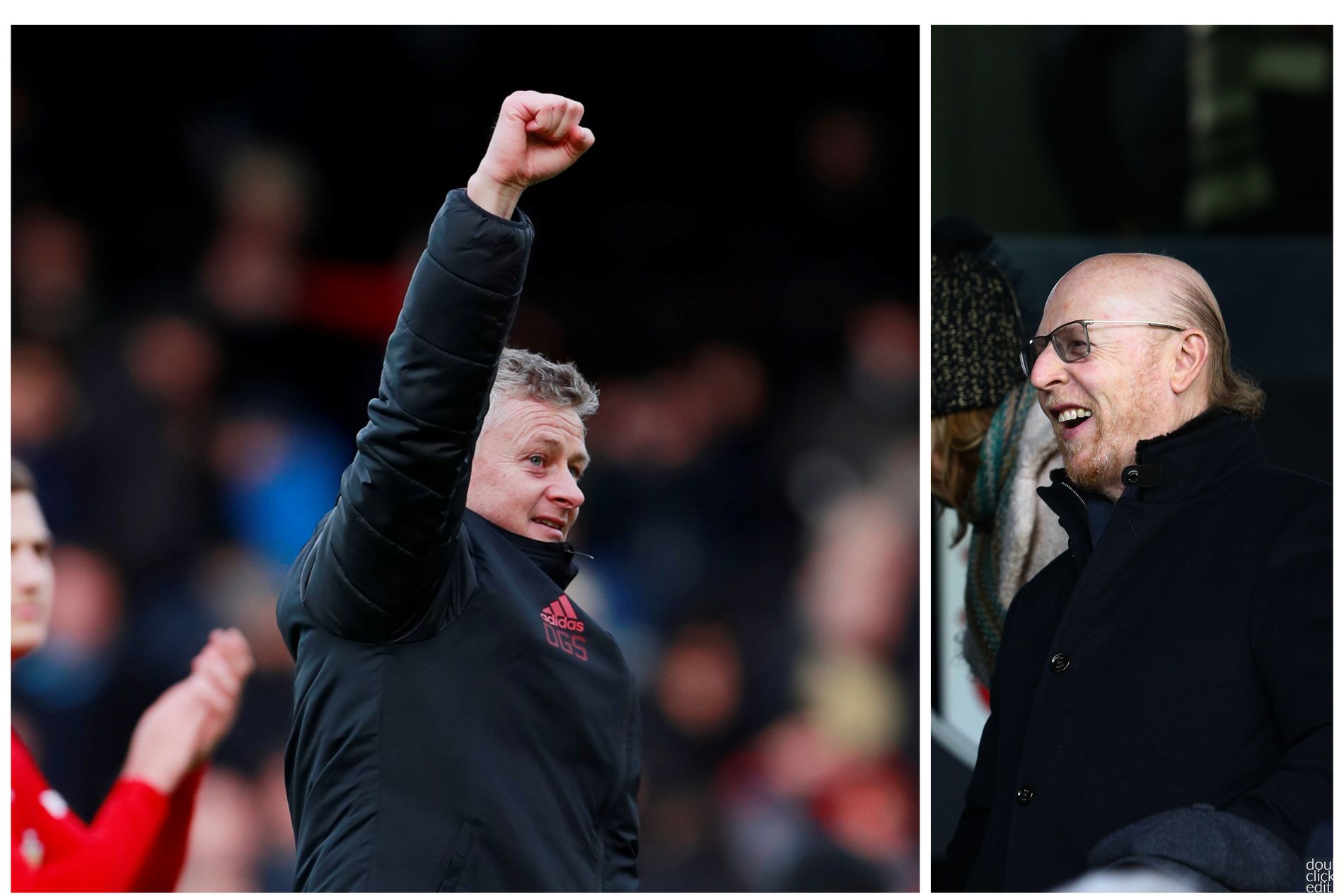 Now it's not the fans who hire the next Manchester United manager, but the club's owners, Avram Glazer, need only be influenced by the love that Ole Gunnar Solskjær (45) has adopted.

Glazer, 58, obviously knows Solskjær has legendary status for decades, but even a cynical American owner should note that the relationship between the manager and the supporters is now enough Especially, this is a force that can not be underestimated in one of the most popular clubs in the world.

Maybe no United hero has had more supporters than Solskjær. In the second half against Fulham, the powerful chorus behind David De Gea's goal never stopped singing the tribute made when he was hired in December, the only one on how delightful to have "Ole at the wheel."

It seems that the vast majority of them would like him to stay there for a long time.

Avram Glazer sat down and smiled next to director Ed Woodward. Glazer was in his first fight with Solskjaer as boss, and ended up as he has done mostly in the last seven weeks with the win.

The Glazer family and Woodward will shape the future of United, not least, decide who will be responsible for this being a club that is hunting the biggest titles. And when Solskjaer's agent, Jim Solbakken, is seen with Glazer in the bleachers, it's easy to conclude that here are some who will talk together, but it can be random.

What is not random is what happens in the field. Solskjær is still unbeaten in his eleven lead time. The tenth of eleven possible win was one of the easiest, and the visitor's owner also experienced something that probably means more to him than passionate fans:

For the first time since the first round, Manchesher United is among the top four on the table. (Chelsea climbs again with points out of Manchester City on Sunday.)

It's something the Glazer family is willing to leave their Northern English club, it's money, and a place in the Champions League is worth between half and a billion dollars. United lost in the 8th finals on 17/18, which gave them 390 million Norwegian kroner. Four exhausted Old Trafford games are also available.

Solskjær: – You can not just buy a superstar

Manchester City lost in the quarterfinals and received more than 600 million from UEFA, Liverpool lost the final and received about 800 million in pure prizes. Avram Glazer can, of course, all those numbers.

He also saw that this money seemed to be slipping into next season. The owners probably gave up the opportunity for a new spot in the Champions League, like most others. He was completely exhausted when Jose Mourinho was fired, there were 11 points to fourth place, a clumsy team that believed in nothing and a superstar who barely got involved.

In the summer of 2016, Glazer & Co. approved that it could use about one billion to pick up Paul Pogba. In the fall of 2018, it seemed he wanted to leave, and there was no increase in value over time. Now, Pogba controls, smiles and marks, has eight league goals in nine games at Solskjaer, something the coach is happy about, and suddenly he's worth a few hundred million more, which Glazer is pleased with.

Fulham has shrunk in the first ten minutes, but this team enters most of the European Major League goals and when Pogba and Anthony Martial got the game, the team quickly came to an end. United's biggest performance on this day was that Ryan Babel's speed and Aleksandar Mitrovic's physics never became a major threat.

Solskjær has a problem

Solskjaer started Chris Smalling in the middle defense, Diogo Dalot did the right defense against Babel, while Romelu Lukaku and Juan Mata managed to pass. Ashley Young, Victor Lindelöf, Marcus Rashford and Jesse Lingard had a valuable break, but Solskjær did not dare to do anything about his midfield. IS a little disturbing

There are not many in the stable that can replace Matic, Herrera or Pogba. They got the job harder again, in the next few days they just get massage.

On Tuesday, Paris Saint-Germain will be visiting one of the biggest battles in Old Trafford for several years. Maybe Avram Glazer shows up there too?

Along with his brother Joel, he has been chairman of the board since 2005. During this time Manchester United won the Premier League five times, the Champions League once, the League Cup four times, the Club World Cup once, the FA Cup once and the Europa League once.

This is how the Solskjær team works: – He corrected a big mistake

But although three of the triumphs came after Alex Ferguson gave up, there have not been so many smiles in the past five and a half years, until the Norwegian favorite came again.

Avram Glazer sees the smiles, hears the songs and counts the money. He'll probably talk a little extra with Ole Gunnar Solskjær, if nothing else.