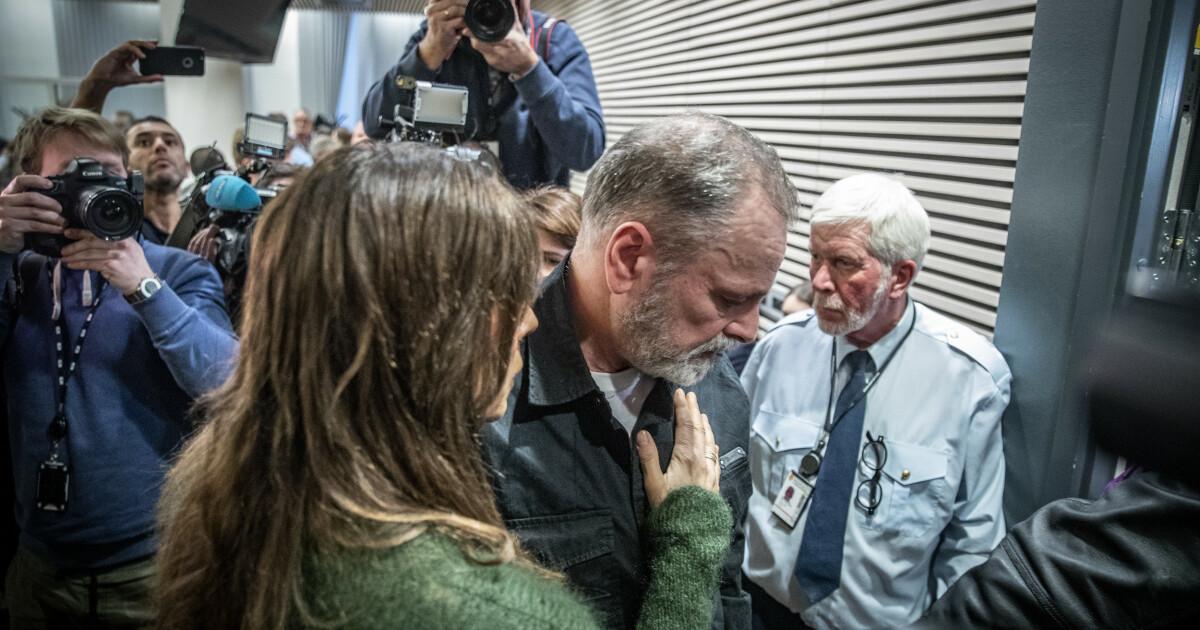 Eirik Jensen (61) has gone through two legal rounds since being arrested in 2014, but has yet to receive any enforceable decisions.

In the fall of 2017, the former police officer was sentenced to 21 years in prison in the Oslo District Court for gross corruption and complicity in the smuggling of 13.9 tonnes of hashish.

Last fall, the five-month appeal case at the Borgarting Court of Appeal began, which could hardly get more stressful results.

Jensen was acquitted by Norway's latest jury for involvement in Gjermund Cappelen's drug issue and found him guilty of corruption. But only an hour and 20 minutes after the jury read its conclusion, the judges of the Court of Appeal nullified the entire decision. They believe the policeman is undoubtedly guilty of gross corruption and involvement in hashish trafficking.

This means that the case will be completely re-examined by the Borgarting Court of Appeal, probably in the new year 2020.

The case against Eirik Jensen, since he was arrested in the basement of the police house in Greenland in Oslo 2014, sparked a strong popular engagement.

In recent times, one of the topics left in these forums of Jensen was the so-called folk gift of Eirik Jensen. It's a fundraising campaign started by Jensen's supporting player, Jan Bøhle.

Three days before the Appeal Court judges rejected the jury's decision, he set up a fundraising action on behalf of Eirik Jensen.

Bøhle was the initiator of the collection, and he also brought with him Jensen's collaborator, Ragna Lise Vikre and Arne Sundt-Bjerck, who started the support group in 2014. In all, more than NOK 200,000 was raised for Eirik Jensen. .

– The fundraising action must be terminated. I do not want to comment any further, says Ragna Lise Vikre from Jensen to the Dagbladet on Monday night. It was Jan Bøhle who announced the news on social media on Monday afternoon.

"I was in contact with Ragna yesterday and it was then said that the fundraising campaign should be completed," Bøhle wrote.

He does not want to comment further on the subject. The Dagbladet is aware that Jensen's camp does not want attention around the collection. Lately, there have also been criticisms of the fundraising campaign to encourage "begging" against ordinary people to contribute to action.

The purpose of raising funds was to raise money for the criminal case, and the "Folkegave for Police Officer Eirik Jensen" foundation was established.

Bøhle previously told the Dagbladet that he was in contact with Jensen about the fundraising campaign.

"Let others act in your favor, he finds it encouraging. Both he and Ragna are grateful and have touched the involvement of different people, Bøhle told the Dagbladet in late January. – You obviously should not be judged by your colleagues anymore. I think it's spitting on the jury what the Court of Appeal did. It will be another heavy period, then, Jensen said shortly after the revocation became known.

"I have very little faith in the legal system. If this was a common case then you probably would have liked it. But this is an issue that the media and other people have exploded to become very large. I think it's very much at stake here.

A month after the decision of the Court of Appeal, the Supreme Court rejected the appeal of Jensen's defenders. The Court of Appeal also decided to confirm the breach of the jury's judgment, while ruling that the appeal proceedings against him and the drug bar Gjermund Cappelen (51) will be dealt with together in the new treatment of the Court against the Jensen.