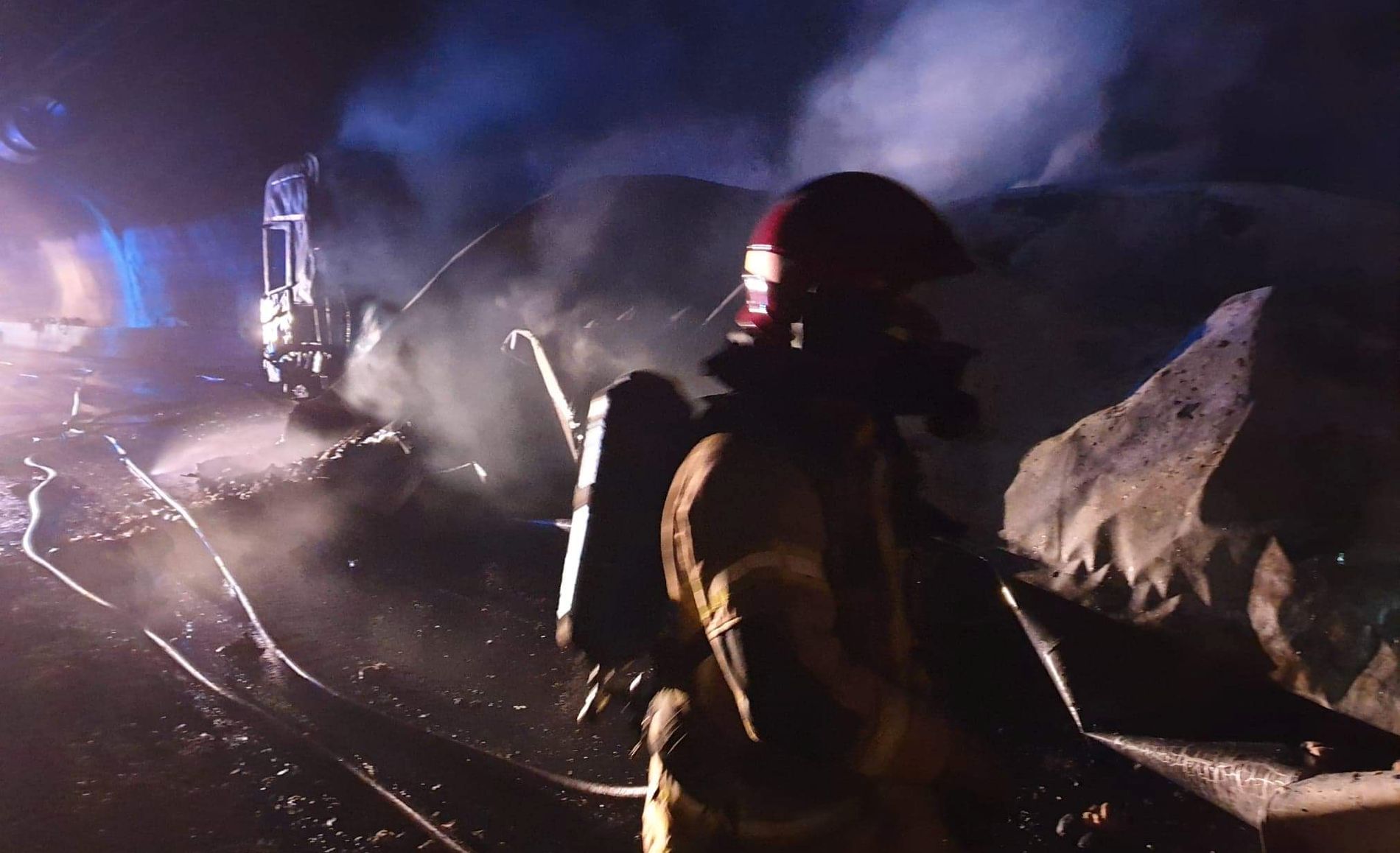 One of the projects to be postponed is the 16-km-long 360-meter tunnel planned under the Romsdals fjord between Ålesund and Molde, says CEO Geir A. Mo of the truck owners association.

"These tunnels have enormous potential for disaster. In six years, we had three possible disasters in the Gudvanga Tunnel, 11 kilometers long. We all remember the Skatestraumstunellen, where 16500 liters of gas exploded. Imagine if there was a bus full of kids or growing behind that gasoline car? he asks.

"We can not bet we're still lucky, and we rely on ingenious truck drivers and specialized rescue personnel. We can commend ourselves for the fact that these fires did not end in disaster. For the fires to happen again, the truck manager warns.

In Møre og Romsdal, he is fighting for another solution – an internal slate based on the floating bridge that avoids long, deep tunnels. Several reports conclude that this solution will be less costly and can be compared to external links in terms of social benefits and positive effects for the housing and work market in the county.

The Storting decided to leave the road from Kristiansand to Trondheim – 1100 kilometers – free. Calculations showed in 2018 that this could reach around NOK 340 billion. The idea is to remove a total of seven ferry crossings and replace them with a fixed road, either in the tunnel or at the bridge.

"Of course, more in this connection has a sense of that solution, but the point is that now we do not decide where the road should go. It belongs to a debate that must happen later, when the two options are properly investigated. If there is a bridge solution to external fatigue and we avoid an underwater tunnel, there will be two more equal options to choose from – which is the main point for the NLF.

– In Rogaland, the Rogfast tunnel project – a tunnel for about 16 billion NOK under the Boknafjord was started. Do you think this work should be stopped?

– No, it will be perceived as frivolous and will contribute to the debate getting the wrong focus. We focus on projects that we can do something about. Our basic attitude is that many of the gigantic crossings of the fjord on the E39 can be delayed and settled by ferries that leave every 20 minutes. So, the average waiting time should be 11 minutes, and drivers can, in practice, play the route table. The money then released will be proposed to improve the miserable road between our fjords – and, for example, between Bergen and Gudvangen, where Bergen-Voss is one of the most dangerous sections of roads in the country and voted the worst route in Norway.

Read too: Sandra (23) is greeted after the tunnel fire

Mo points to the crossing of the Sognefjord as an extremely expensive project, and other fjords that require tunnels and submarine tunnels with such an unfortunate increase:

– As well as being mortal, they are also environmentally friendly and respectful of the environment. Today there are color solutions that can solve that in a satisfactory and reasonable way, Mo says.

It is the individual counties that decide which route to choose, and then the Storting decides whether the section chosen will be included in the Government Road Construction Program – The National Transportation Plan. County President Jon Aasen (A), in Møre og Romsdal, points out to VG that E39 through the county is a state highway, and that the county council made its decision in the case.

Aasen emphasizes that external fatigue with submerged tunnel meets the requirements for larger housing and labor market within a 45-minute drive from Ålesund to Molde.

– It will be built according to the most stringent requirements for climbing conditions and with separate runs, says Aasen.

"I am the sworn defender of double-tunnel tunnels," says chief engineer Oddvar Kaarmo in the Board's Public Road section for tunnel, geology, and concrete.

– It is very expensive, but crossing between tunnels every 250 meters means that the opportunity to arrive with rescue and evacuation becomes quite different than along a tunnel. Statistics show that double tunnels are as safe as the corresponding road in the day, he says.

He points out that Norway's demanding landscape with mountains and fjords means that we have to think differently than, for example, in neighboring Denmark:

– It is good to drive a car in Denmark without tunnels and at 130 km / h. But if we want to achieve similar solutions in many parts of the country, we will have to think about long bridges and long tunnels – even with some climbing, he points out.