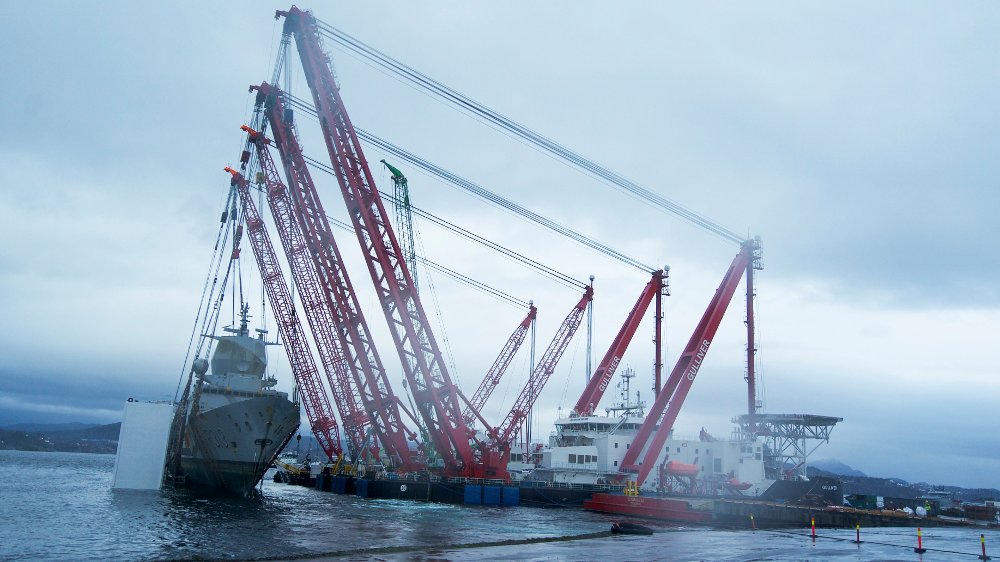 Three people received suspect status after KNM "Helge Ingstad" and the tanker "Sola TS" collided in the fall of 2018.

The "Sola TS" pilot, KNM service chief "Helge Ingstad" and an employee of the Fedje transit center have been suspect status after the KNM "Helge Ingstad" frigate collided with the tanker "Sola TS" at autumn of 2018, police told NRK.

The pilot in the tanker is, according to the channel, suspected of violating the rules of navigation. The frigate's security officer was responsible on the bridge in connection with the collision.

"Here too the navigation rules are part of the theme, and if the person caused negligence to an injury that could easily lead to the loss of human life," Western police district police Ole Bjørn Mevatne told NRK.

No one is charged with the case. Police conducted about 60 interrogations in the case. From night to Tuesday, the accident was rebuilt.

Seven people were more easily injured when the frigate and the Sola TS tanker collided at the Sture terminal in Øygarden municipality, Hordaland, on 8 November 2018.

The tanker has 625,000 barrels of crude oil on board, but there should be no holes in the ship. From the frigate, a small diesel leak has emerged, the Southern Rescue Center of Southern Norway reports to NTB.

The frigate had 137 men on board, while there were 23 men in the tanker. First, 127 men of the frigate were evacuated to another vessel, while ten of the crew remained on the ship. At 6:30 the captain on board decided that the last ten on board would leave the ship.