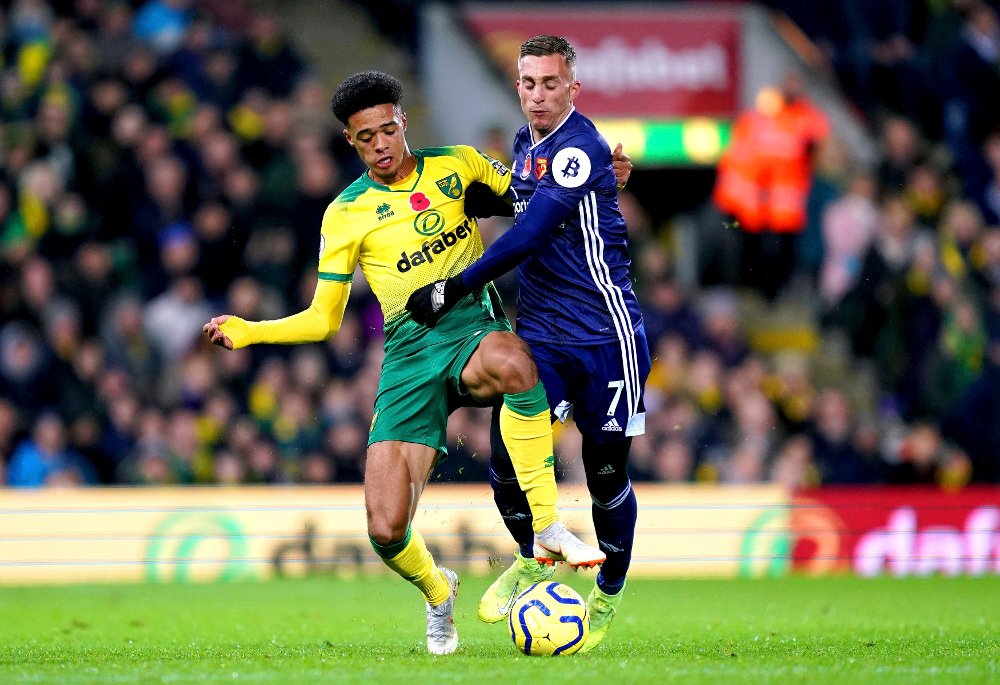 Norwich captain Tettey and his teammates had a rough start at home against Carrow Road. Watford's Gerard Deulofeu equalized 1-0 after two minutes.

Emil Buendia lost the ball to Deulofeu by his side. The Spaniard recovered Tettey and sent the Norwegian out with a cross-shot before putting the ball in the net.

The home team got better and better with the game and after 18 minutes Tettey was on the field after a free kick. The Trønder was not far from establishing equalization.

Soon after, it was just good luck and good speech from Watford's Ben Foster that got in the way.

After the rest, it was Watford fan André Gray's turn to cheer and the home team despair. He scored 2-0 with a beautiful heel kick seven minutes after a Deulofeu pass.

The visitors helped the home team a little late in the game on 25 minutes before finally Christian Kabasele received a marching order after his second yellow card.

Norwich was never really close to points in this important battle in the background.

With the victory, Watford passed Southampton and Norwich, but the latter remains at the bottom during the break of the series with his 7 points.