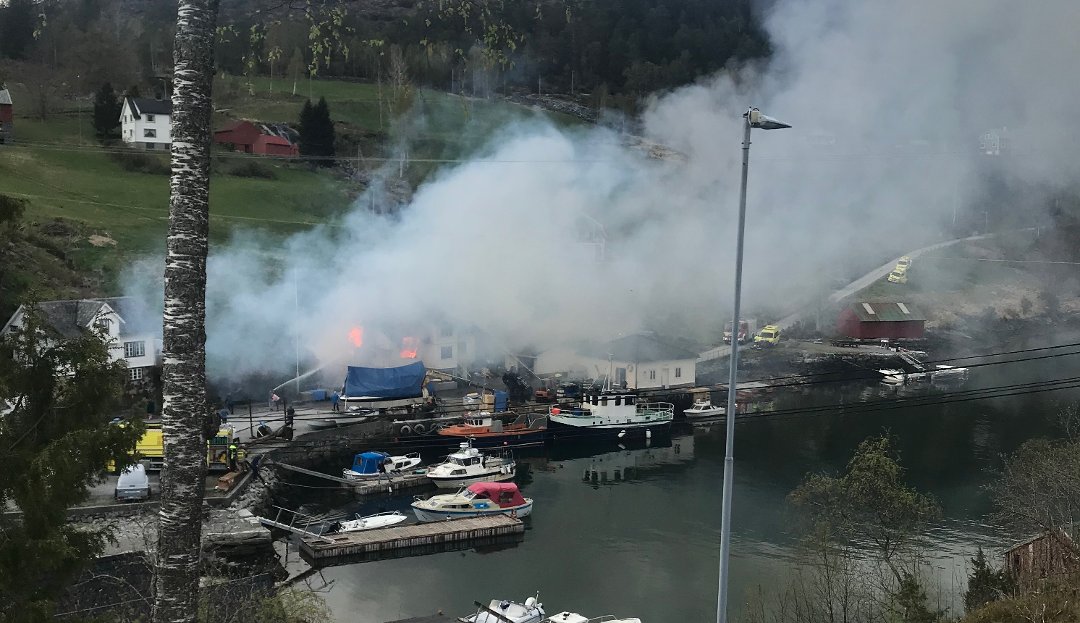 The fire brigade has arrived and begins extinction in the Masfjord, near Solheim, just before 19:00 on Saturday night.

A shed took the lighthouse and the fire spread to a residential building in the area, reports guard commander Karl Arne Røyseth at 110-central Hordaland.

"It's very hectic out there, there's a lot to burn," he says.

Student Kristina Duesund is at home on Easter break and looked at the fire. The parents' house is 150 meters from the house that burns.

"There's a huge amount of smoke, so it's a bit unclear," she tells BA.

The case continues under the photo

Duesund says there are two houses a few tens of meters from the site of the fire.

"Some people came from the fire and are rescued now," says Duesund.

A house is evacuated. Everyone who lived in it should have left.

"We believe we will have fire control, but there may be a risk of spreading," says Røyseth.

The case is updated