Donald Trump: – – 100 million doses before the end of the year 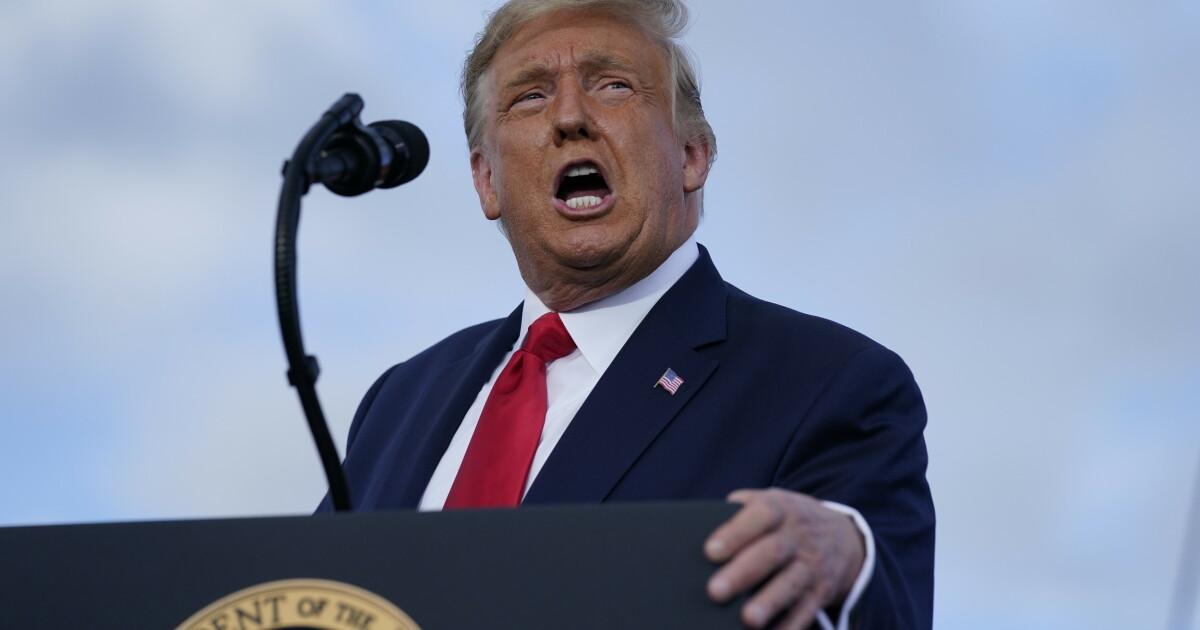 – It is greed, greed, greed. On November 4, you won’t hear about it, because we’re about to turn the corner, President Trump told those in attendance, like a stab at his opponent Joe Biden’s focus on the pandemic, writes USA Today.

On Friday, a new record was set in the United States in terms of the number of infected people throughout the day, and as of Saturday, 83,000 new cases of infection ensured that the record was broken after 24 hours.

– We will have 100 million doses of vaccine before the end of the year, and the elderly will be the first in line, claimed Trump in front of his audience in The Villages, an area made up mostly of retirees.

– We take care of our elderly, within my plan. The plan offers an incredible treatment that saves lives. The treatment is incredible, he continued.

In September, the president estimated that up to 200 million doses would be available by 2020.

For Trump, the focus has long been on communicating that a corona vaccine will be ready before the November 3 presidential election. However, in the wake of the first presidential election campaign debate in late September, two of the drug giants working to develop a vaccine in the United States, Moderna and Pfizer, issued a counter notification, signaling that the vaccine would not be ready until So.

Minerva’s American writer, author and expert, Jan Arild Snoen, told Dagbladet that Trump’s infection control specialist Anthony Fauci and other government agencies have long said that a corona vaccine could not be ready for election and pointed to the first quarter of 2021 as a possible moment. . Recently, Trump has also changed his mind.

– It is not because he prefers, but because it is simply not credible that a vaccine is ready for election in ten days. That is why he has now postponed until after the election, said Snoen, who believes Trump is now clinging to what can “good news” about managing the pandemic.

– What exactly is the realism of this, you can’t ask what Trump is about. He is not reliable. It is not credible to anyone, except those who already trust everything he says.

Steinar Madsen, medical director and physician at the Norwegian Medicines Agency, told Dagbladet that it is difficult to assess the veracity of Trump’s recent vaccine claims.

– It is not so easy to say how many doses the United States has guaranteed. It may be possible that what Trump says is correct, because American pharmaceutical companies that are working on making a vaccine have already started production and are increasing, says Madsen.

Last week, Pfizer and Moderna announced that they expect to receive emergency approval for the US market during November and December, respectively.

New guidelines from the United States Food and Drug Administration (FDA), however, state that the follow-up period for test patients should be at least two months.

– The production capacity is being built so that the USA can have 100 million doses before the end of the year. But only time will tell if this is right.

– Are Americans better placed in the vaccine race?

– Americans have invested large sums in vaccine production and have acquired rights to several vaccines. But as I said, it is difficult to comment. Trump said a lot about vaccines, so just wait.

In Europe, there are currently two vaccines leading the race, which are under investigation by European drug authorities, explains Madsen.

– They are the two who went further and where an approval procedure was initiated. The United States has not yet started such a procedure, but the Americans are prepared to do so as soon as possible.

It is not yet known when a vaccine for the European market will be approved.

– Probably not before January, predicts Madsen.