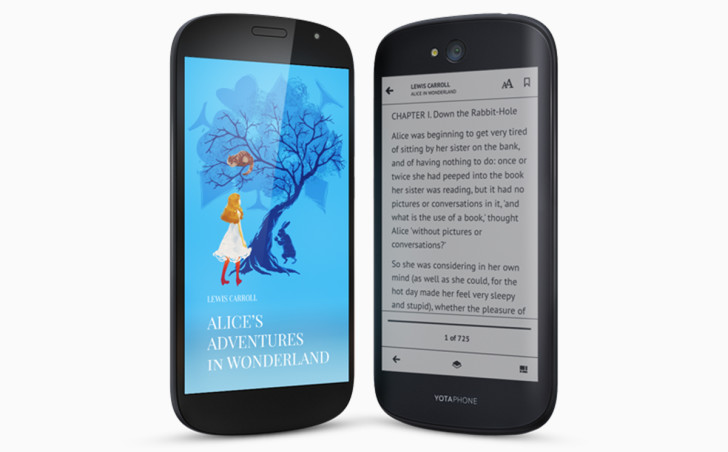 In a time when most smartphones look and function in much the same way, it's always a shame to see more interesting projects get lost. Russian phone maker Yota, best known for its line of Yota Phone with electronic ink back screens, has declared bankruptcy and all its assets will be liquidated.

As an iGuides report explains, Hi-p Electronics (maker of electronic ink screens used on Yota phones) sued Yota Devices for $ 126 million after Yota failed to meet the minimum number of component orders after the exit of the company the North American market of smartphones. $ 17 million in compensation was awarded to Hi-p by one of Yota's major shareholders, and Hi-p withdrew from the suit.

However, Hi-p filed another $ 1 million claim after Yota failed to pay the company the value of the purchased components. Yota Devices, in debt, filed for bankruptcy shortly afterwards.

The original YotaPhone was released in 2013 and a sequel arrived in 2015. However, the second model was never sold in North America, and YotaPhone 3 was only sold in Asian countries.