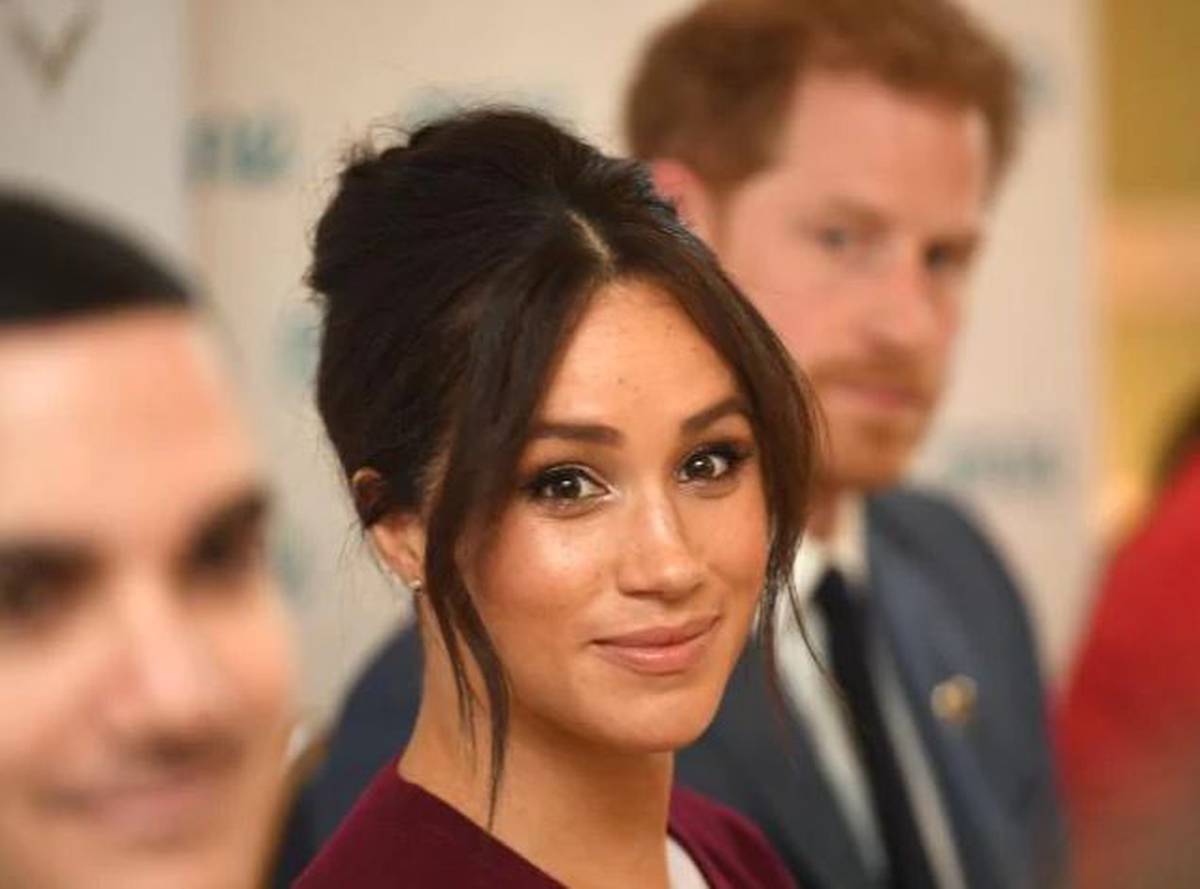 Somewhere out there is one of the cutest photos of a member of the royal family in existence. England rugby player Sam Underhill has revealed that Harry, Duke of Sussex had sent the team, which is currently gearing up to play in the world cup final this weekend, a photo of his six-month-old son Archie wearing a teeny, tiny England shirt.

It was a moment of pure cuteness and joy that stands in direct contrast to his parents' increasingly rancorous public relations battle. It was only on October 1 that Harry released a blistering statement announcing that his wife Meghan, Duchess of Sussex was suing the Daily mail for releasing part of a letter she had sent her estranged father, reports News.com.au.

Days later it was revealed that Harry had also called in the lawyers over The sun and the Daily mirror in relation to alleged phone hacking.

They were just getting started. Next, the Duke and Duchess appeared in a documentary about their visit to South Africa in which both emotionally revealed they were struggling with their mental health after a prolonged wave of negative press coverage.

Now Meghan has spoken to (UK) Telegraph journalist Bryony Gordon, who has long been close to Harry, for a new emotionally-charged interview. The conversation happened during the Duchess' visit to London's Luminary Bakery which trains disadvantaged women, giving them skills and support to help them rebuild their lives.

"We get into this habit of wanting things done immediately nowadays. There's a culture of instant gratification, of the instant fix. But we aren't mechanical objects that need to be fixed," Meghan told Gordon. "You're a wounded creature that needs to be healed, and that takes time. And that's what I love about this place. It gives you the support to heal."

It's a powerful sentiment and her genuine hunger to connect with and support women less fortunate comes through loud and clear.

But there is a bigger picture here. This is not just a nice feel-good story but a savvy PR saved. By giving another heartfelt, highly personal interview, Meghan and Harry are sending a clear message: They have no intention of backing down. That is, they will not be capitulating to the more conservative forces behind palace gates who find their heart-on-their-sleeves approach to royal life distasteful.

What is glaringly apparent is that the royal family looks more and more like it is locked in the sort of internecine conflict that must keep the queen up at night. Instead, her family seems mired in a tit-for-tat public space that is sadly reminiscent of the 90s War of the Wales'. The clash over various members of the Windsors' approaches to privacy, keeping a stiff upper lip and wokeness only seem to be heating up – and becoming more and more public.

Evidence that the windsors in masse are warring behind palace gates has been building for weeks now. (Harry himself seemingly confirmed his long reported feud with Wills in the documentary.)

In early October Richard Palmer, the Daily express'royal correspondent tweeted: "Nobody in the Royal Family or the Royal Household is supporting Harry and Meghan at the moment. Even the couple's aides seem embarrassed by their actions. William, who dropped his brother like a ton of hot bricks earlier this year, and Charles have distanced themselves. "

This rather bald statement of the facts remains true 25 days later, as far as I can tell. While there is concern for Harry and Meghan's mental health, their attitude has disappointed the Queen and other members of the Royal Family, according to several sources. https://t.co/c8oyxM39uk

Yesterday, he posted a follow-up to that tweet: "This rather bald statement of the facts remains true 25 days later, as far as I can tell. While there is concern for Harry and Meghan's mental health, their attitude has disappointed the Queen and other members of the Royal Family, according to several sources. "

Ouch Can there be any greater sin for a member of the royal family than "disappointing" the Queen?

While there is always something of a question mark over reports that rely on unnamed sources, leaks from differing royal camps have been piling up. In the wake of Harry and Meghan's documentary screening a Kensington Palace source told the BBC that Prince William was "worried" about his younger brother before the Times reported that the future King was concerned about his "fragile" sibling.

(As Tom Sykes put it writing for the Daily beast: "the idea that William would tolerate a documentary like this without reprisals if he was actually king beggars belief.")

It would appear the Sussexes then fired back, with a source close to their camp telling CNN that "that the institution around the British royal family is full of people afraid of and inexperienced at how to best help harness and deploy the value of the royal couple who, they said, have single-handedly modernized the monarchy. "

There is such a startling tragedy to all this. After years of divorce, loss, and a tattered public image After the death of Diana, Princess of Wales, over the last decade the royal family has enjoyed high public approval and a rosy image. This combative family spat – which has brought up much bigger existential questions about the role, purpose and value of a royal family – poses a looming threat to all of that.

This weekend, Prince Harry will be in Tokyo to cheer on the England team, the sure-fire publicity boon for the bruised royal. Sadly, whether his team is victorious or not, this will just be a momentary ceasefire. The Windsor war shows no sign of ending any time soon.