'What a Milestone': Rare Rowi Kiwi Chick Hatches – The 300th One to Do So 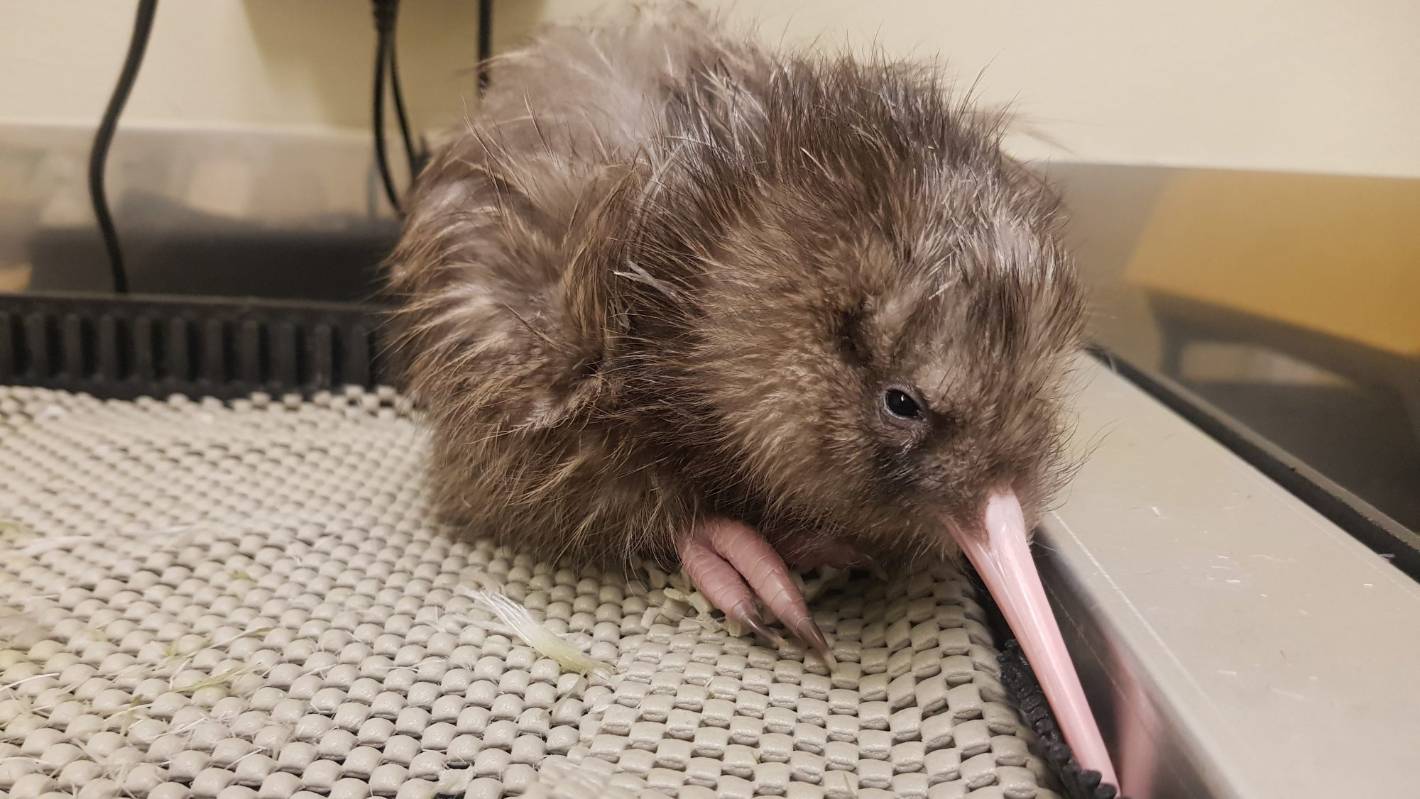 The Kiwi rowi chick that successfully hatched in the West Coast's Wildlife Center is the 300th to do so.

Center staff have called it an "incredible milestone" for the species with just 600 rowi kiwi estimated to be in the wild today.

Rowi are the rarest kiwi and found in the wild in south Westland in two locations; Okarito Forest near Franz Josef, and the Omoeroa Ranges near Fox Glacier.

A statement from the wildlife center in Franz Josef said the population has been brought back from extinction.

READ MORE:
* DOC rangers search for roving rowi kiwi Aroha
* Discovery of new kiwi population 'most significant in recent times'
* Kiwi birds are roaming further during the summer months in search of food
* Kiwi spotted running around Bay of Islands town Russell in rare urban sighting
* Bird of the Year: How an endangered bird ended up on Tinder

"There are five species of kiwi living in the wild today and the rowi kiwi is the rarest of them all," the statement read.

The little chick went through a "tough, long hatch" and was absolutely exhausted. A large portion of shell was also still stuck to its back which was carefully removed by staff.

The center's owner Richard Benton called it a "milestone". Another five kiwi eggs are currently incubating at the center.

In less than nine years, more than 50 per cent of the rowi population has been hatched in Franz Josef.

Kim Revelly, who works at the center, said they were thrilled with the hatch.

"It is a privilege to be able to come to work each day and partake in the incubating, hatching and rearing of our national icon. It is truly humbling," she said.

Rowi eggs are removed from the forest for safe hatching because kiwi chicks are vulnerable to predators such as stoats.

The eggs are hatched at the center and then transferred to Willowbank Wildlife Reserve where they stay for about two months.

The chick will then most likely head to one of the predator-free islands at the top of the South Island, before being released to the Omoeroa Ranges, once they will be less vulnerable to predators.

Since opening in 2010, the center has also hatched 122 Haast tokoeka kiwi which have all been released back into the wild through the Department of Conservation.

In July, a new population of Haast tokoeka – which are considered to be the most endangered kiwi subspecies, with an estimated wild population of less than 500 – was found in an isolated part of South Westland.

The program is a partnership between the privately-owned West Coast Wildlife Center, The Department of Conservation, and Te Rūnanga or Makaawhio.