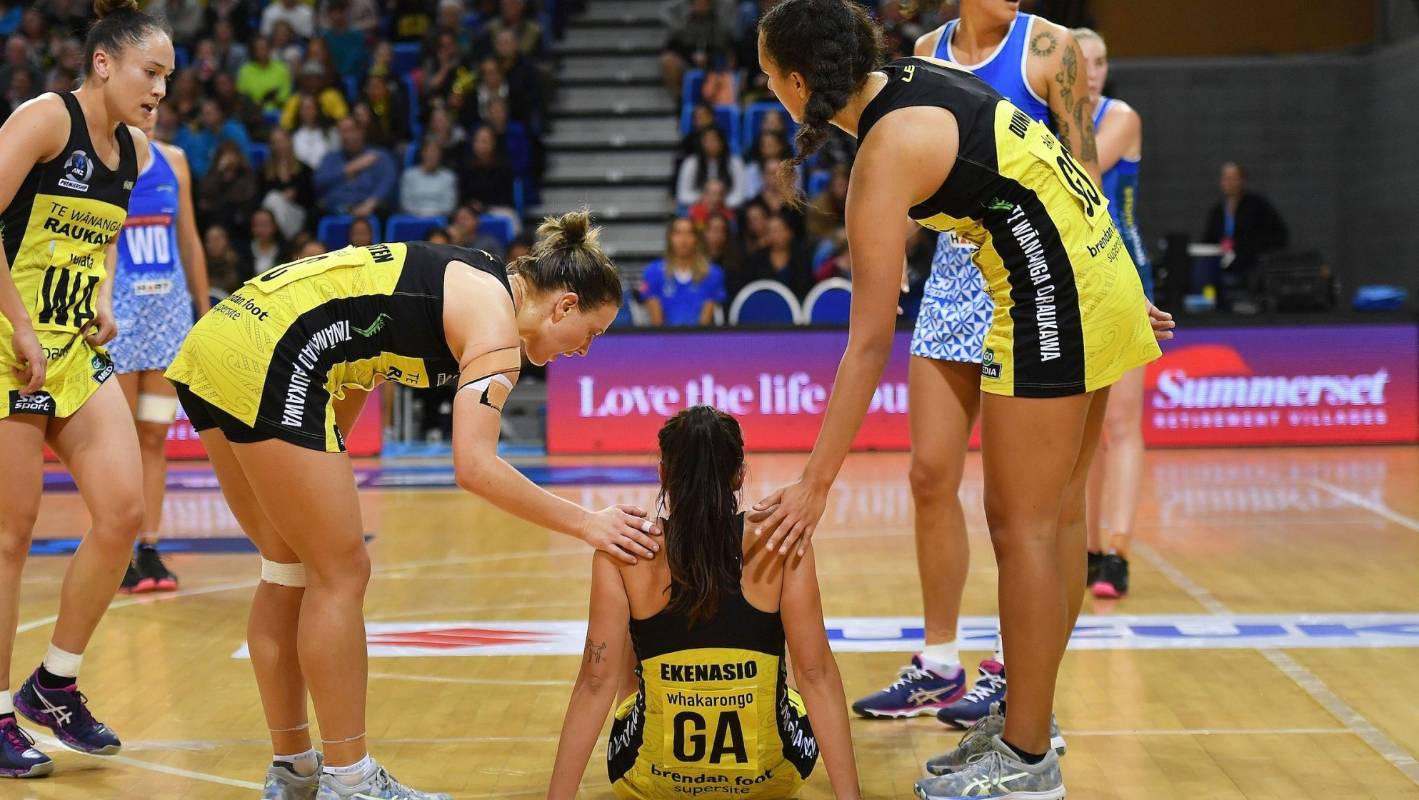 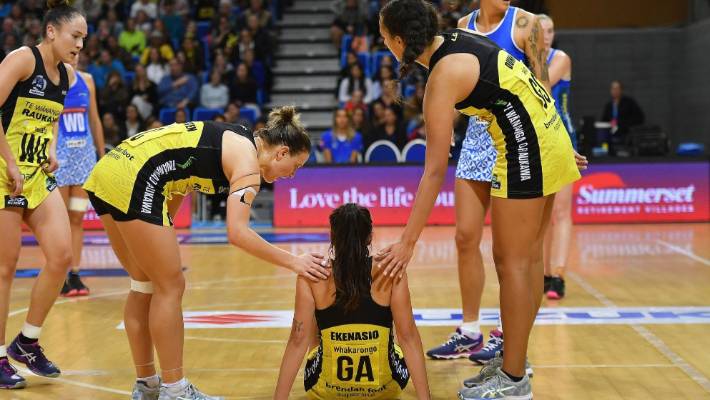 Wrist-shooter Ameliaranne Ekenasio is helped by her teammates after injuring her ankle against the Mystics on Wednesday night.

Not even an ankle injury in the attack of goal Ameliaranne Ekenasio could interrupt the invincibility of the Central Pulse in the ANZ Premiership.

The Pulse won the Northern Mystics 59-59 in Porirua on Wednesday night, increasing their winning streak in nine games.

Ekenasio was helped off the court in the middle of the second quarter after twisting his right ankle but Pulse managed to rebound and extend his lead over second baseman Southern Steel to seven points with five rounds to go.

In her absence, goalkeeper Aliyah Dunn scored 43 of her 47 attempts while substitute Tiana Metuarau scored nine goals from 11 pitches.

The Pulse needed a strong second half to overcome the now 2-7 Mystics, who held an early lead of six goals, and chose not to inject the adolescent shot sensation Grace Nweke in the match until the second half.

With a single goal, 26 to 25 at halftime and one of the top players, there were undoubtedly some nervous fans of Pulse across the country.

But they overcame their opponents by 17 to 13 in the third quarter to drive away visitors who would have been in a powerful hole with a fourth to play if they had not run for five goals at the end of the quarter.

Nweke had 24 of 30 attempts after replacing Jamie Hume (5/5) and joining Bailey Mes (20/25) at the start of the second quarter. Unsurprisingly, the long bombs in the firing circle followed.

The Mystics overflowed with confidence on the opening doors, no doubt by registering consecutively, they won the previous two rounds as they secured an early lead of 8-2 in a series of seven goals.

Defenders Erena Mikaere and Michaela Sokolich-Beatson forced some early mistakes from Dunn and Ekenasio, while a small score in the middle of the field also interrupted delivery.

But the pulse ignored the deficit and, although it looked like a shadow of the team on display in its eight previous victories, lost only 16-12 after the first quarter.

It was not long before they got to the front.

They lost Ekenasio shortly after and Metuarau fought against the substitution goal initially, when the Mystics rejected some hesitant shots.

But she soon found her feet and effectively matched with Dunn when Pulse got another win.

The Pulse plays the Waikato-Bay of Plenty Magic in Wellington on Sunday, while the Mystics travel to Dunedin to dispute Southern champion Steel on Wednesday.