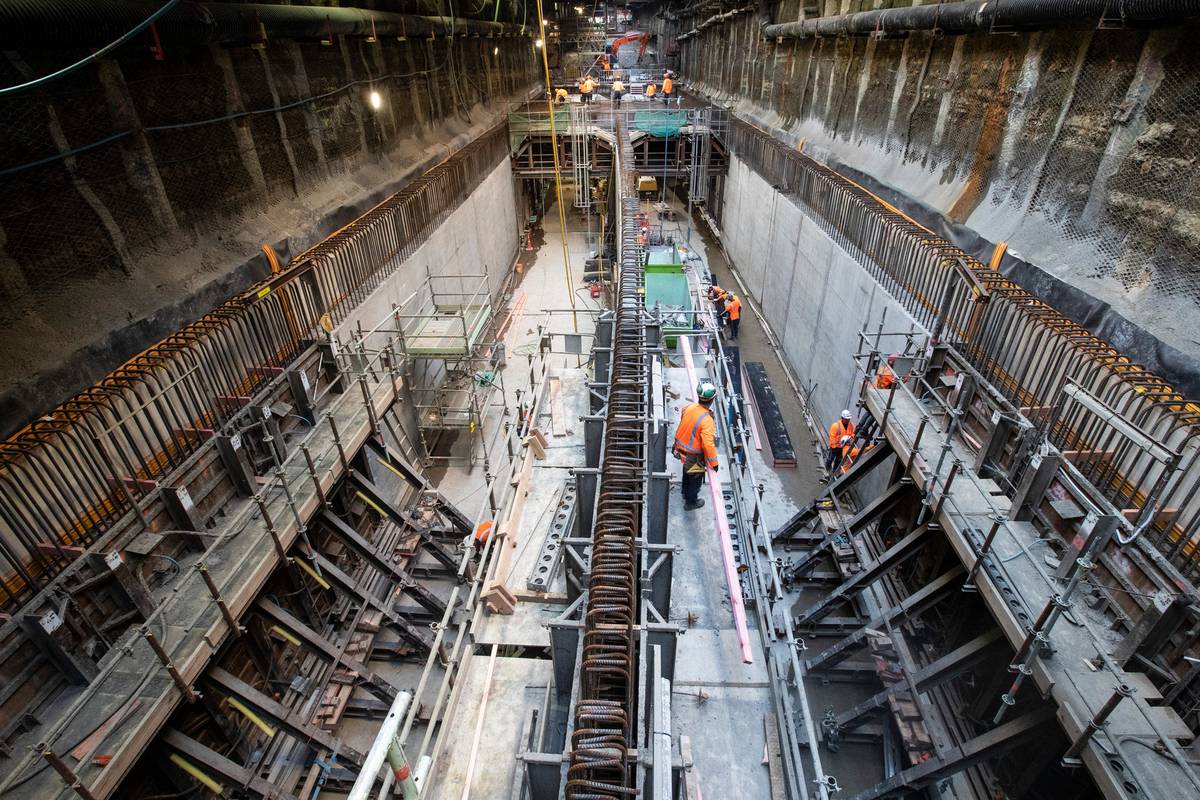 The new $ 4,419 billion cost envelope was announced today, along with the announcement of the winning bidder to build most of the 3.4-kilometer underground railroad from Britomart Station to Mt Eden Station by 2024.

The winning bidder is a consortium formed by Sydney-based Downer, two subsidiaries of Paris-based Vinci Group, Los Angeles-based global engineering group Aecom, and Tonkin and Taylor, based in Auckland.

CRL Ltd (CRLL) CEO Dr. Sean Sweeney said that after a rigorous and comprehensive analysis of project costs, a revised cost envelope was sent to project sponsors – the Crown Council and Auckland – for approval .

"The $ 1 billion increase in the cost of the previous estimate of $ 3.4 billion made in 2014 reflects significant changes that have impacted the project over the past five years.

"No one could have predicted the competitive pressures that have occurred in the construction industry in recent years and the impact it has on costs, particularly for a City Rail Link scale and complexity project."

A decision was made last year to increase the scope of the project to accommodate trains of more than nine cars at stations.

Planning today for a city that would be much bigger in the future would reinforce the benefits that City Rail Link City would bring to the way people travel, work and live in Auckland, Dr. Sweeney said.

"Other factors contributing to the revised cost envelope are higher escalation, or construction inflation costs, and an increase in the provision for contingency risk for any future unplanned events.

"Together, they all helped add costs to the project as a whole. Keeping a moving city moving is a serious challenge, but once we complete the City Rail Link, Aucklanders will double in 30 minutes."

The CRLL called for the additional cost of $ 1 billion to be split 50 percent between the Auckland Council and the government.

The project was instrumental in reducing congestion and ensuring people could move around the city, Goff said.

"The cost of tunnels and underground stations, two of the major parts of the project, was determined by a competitive bidding process. The increased cost estimate reflects the increased demand and costs of large construction projects across Australasia.

"A significant part of the cost increase, about $ 250 million, reflects the need to test the tunnels and stations in the future. We will not repeat the error of the Port Bridge, which was built at half the size required and have great additions made within eight years.

"The additional cost to the Council will not involve higher rates for the Auckland residents and will be met without breaking the debt with the Council's borrowing ceiling limit."

Goff said that it was unfair for Aucklanders to meet half the cost of the CRL when no other part of the country had to do so.

"I argued this case for the government. The government refused to review the agreement saying it was agreed between the previous Auckland Council and the national government.

"However, the government has agreed to postpone the Council's contribution schedule to allow it to work within the constraints of its budget."

The Downer consortium has won a contract to build the remainder of the line from Wyndham St, where construction is underway to Mt Eden station, including tunnels, rail services and two new stations near Aotea Square and Karangahape Rd.

When completed in 2024, the new line will allow trains to enter the city from the south and west to traverse Britomart and return to the existing western line at Mt Eden, instead of entering Britomart and retreating the same way they entered.

The circuit will effectively double the capacity of trains serving the city center to 54,000 passengers per hour.

The line was already New Zealand's most expensive construction project, even before the last cost review.

The government and the Auckland Council, which own the City Rail Link joint venture, agreed in 2016 to equally divide the costs of the project.

The Herald said in January that the previous cost of $ 3.4 billion would have fallen by $ 500 million, with "fears it is more than $ 1 billion."

Costs have also increased due to the decision to increase the platforms and create a second entrance to accommodate trains longer than originally planned at the proposed Karangahape Station Rd.

As the cost increased