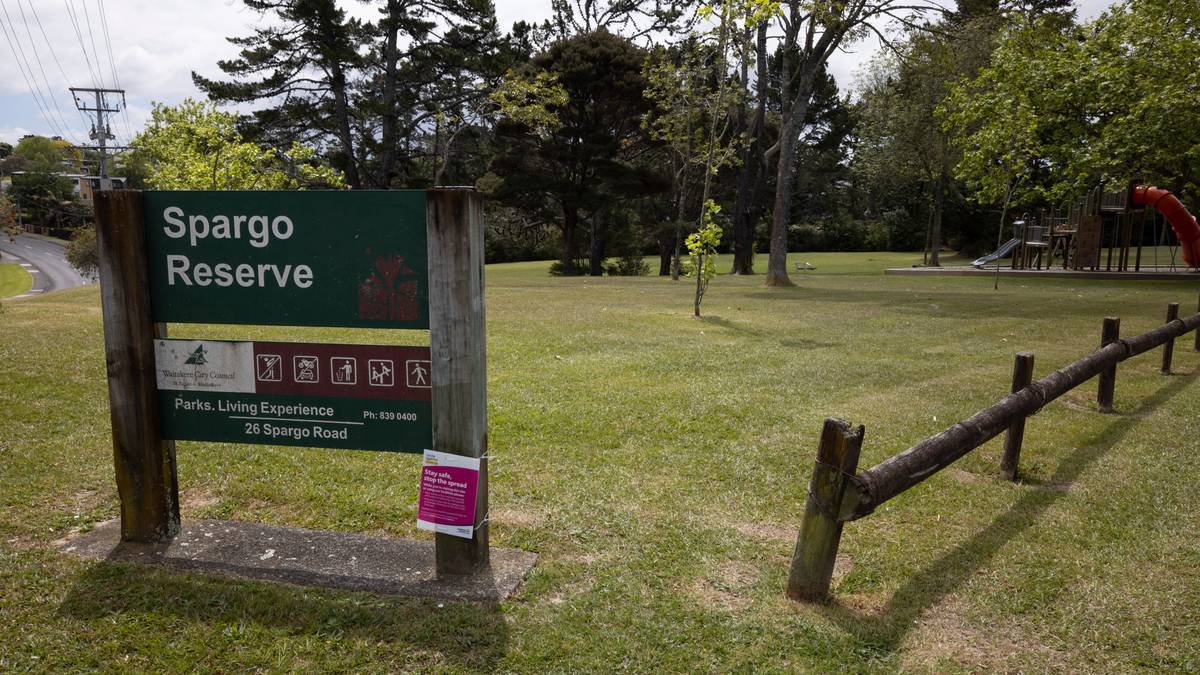 Spargo Reserve in Massey, West Auckland, where a serious assault on a teenager occurred this week. Photo / Peter Meecham

Police are investigating after a teenager was brutally beaten by four men in West Auckland while out for a run.

As the battered teenager begins his recovery, his mother revealed that she is now considering moving her family out of Auckland.

Louise Williams says her 17-year-old son is traumatized after the random attack that left him at Middlemore Hospital needing more than 40 stitches on his face and dental work.

At around 1pm on Thursday, Williams’ son called her to say he was going to run, but ten minutes later he called again.

“[He was] screaming and crying [that] he was beaten at the local park. I just took off and ran. “

The group attacked the boy from behind while he was running at Spargo Reserve in Massey.

Now, the single mother of four is warning other parents in the region to look after her children.

“It could have been anyone’s son. When I leave my garage, I look at high school students and think they’re coming home innocently, are they just going to take one of them by the side of the road and do it for them? “

She said she had never heard of anything like this happening in her 46 years living in the area.

“It was just a random attack. He goes to a good school. They are obviously just [travelling] around attacking young people for no reason. “

Williams is thinking about getting his life together in Auckland and moving out of the city.

“I spoke to my partner in Christchurch. I’m thinking of just packing up my kids and leaving. There is nothing here. They are not safe.”

The teenage victim says the attack came “out of nowhere”.

“I felt shocked and in pain, really,” he said.

He said the attack lasted between three and five minutes.

He saw none of his attackers, but he heard that a woman was trying to help him.

The woman left after feeling insecure, he said.

He spent one night recovering at Middlemore Hospital, where he received more than 40 stitches on his upper lip and mouth.

Williams said he could still see the shoe marks from the attackers where they stepped on his son’s hands.

She is now asking for information and any witnesses – including the woman who tried to help her son.

“I would like to thank you for at least trying to help. I would love to meet you. She would have a description. She was afraid, so she left, which is totally understandable. Four against one is not a good thing.”

The police would also like to speak to the woman and urge any other witnesses to contact her at 105, citing file number 201023/8330.

“We want to reassure the victim and the community that we are doing everything possible to locate the criminals,” he said.

“We believe that there are people who have witnessed what happened and may have vital information that can help us to identify and locate the offenders.”

Williams said he will knock on the door to find more potential witnesses.