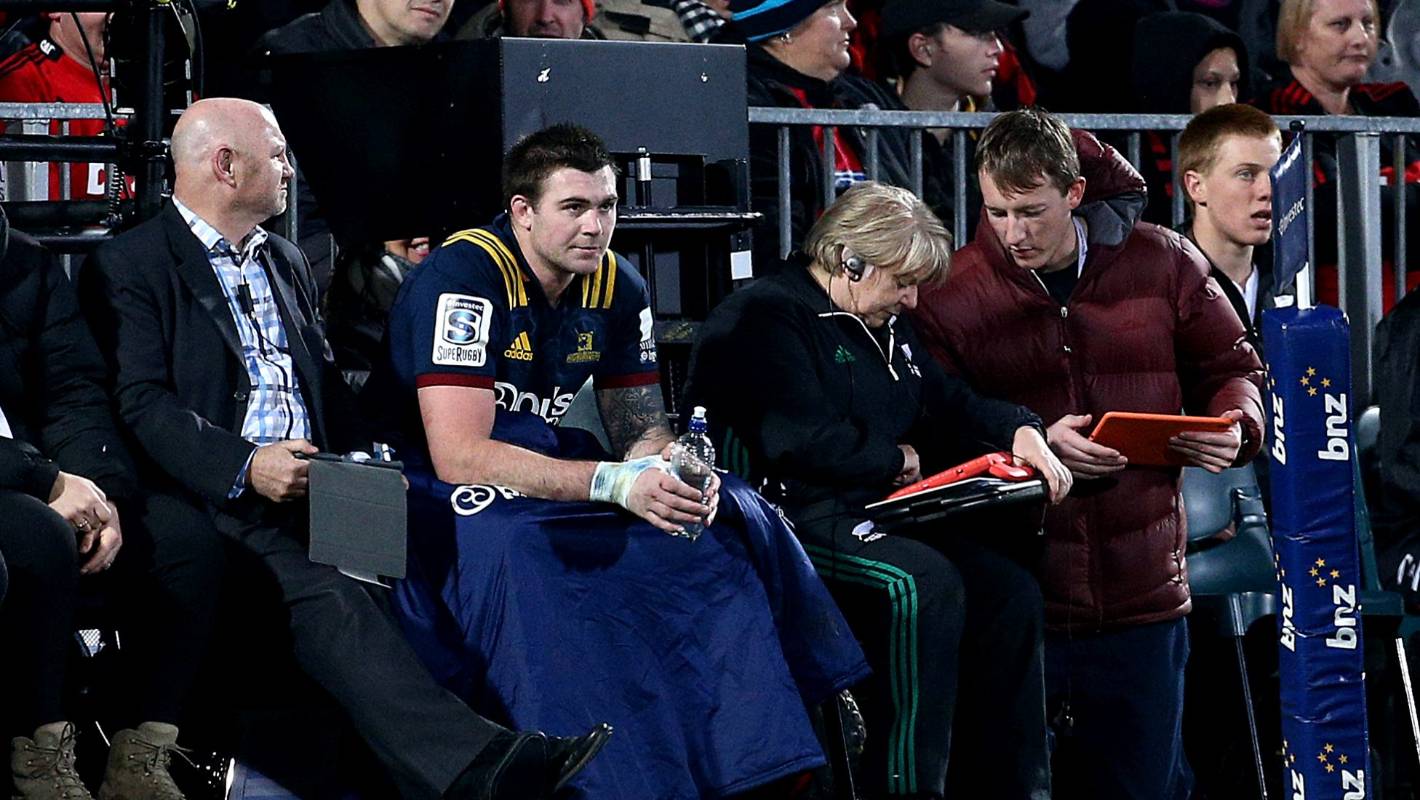 Ben Smith should not have finished his career in the Highlanders on a bad note.

He also should not have been forced to sign on the yellow card for Liam Squire, who killed the Highlanders' hopes of upsetting the Crusaders in the quarterfinals of Super Rugby on Friday night.

But life is not fair is it? The champion not only had to end his long and celebrated tenure with the club with a 38-14 loss, he also had to wonder what could have happened had his team had the full quota of players for 80 minutes in Christchurch.

Because before Squire was carded early in the second half, the Highlanders were in the fight, losing by 17-14.

So the blind-faced flanker, Squire, was attacked by sin in his unarmed attack on Whetukamokamo Douglas, and that changed everything.

In a few minutes, the Crusaders cruelly exploited the depleted defensive line, with attempts to score from Douglas and Michael Alaalatoa.

"Against the Crusaders – we talk about it – you have to have good discipline," Smith said.

"Unfortunately, Liam could not get two arms in that attack, that's the way it is, you just have to adjust.

Asked if the tackle deserved a yellow card from referee Jaco Peyper, after consulting the TMO Ben Skeen, Smith took the option to say that he did not see him well enough to make a judgment.

However, Crusaders coach Scott Robertson had no doubts that Squire deserved a forced break. He was also grateful that Douglas had not been hurt.

"It's a shame, something this game has to solve," said Robertson. "I'd hate to see someone get hurt with such a shoulder load."

Robertson undoubtedly remembered the quarter-finals at the same spot two years ago when Squire received a yellow card for a high kick at number 10 for Richie Mooney.

"I'm glad everyone's healthy, on our part," added Robertson. "Jaco (Peyper) saw it and I thought the BMT did a great job."

Highlanders coach Aaron Mauger said that when he addressed his men at half-time, he demanded that they match the intensity of the opponent.

With the Crusaders ahead by only three points, the Highlanders felt the chance to continue blowing them into collapse and use a tenacious defense to continue beating behind the winning line.

Squire's absence stole the team not only from a defender, but also from power in the scrum. And the crusaders certainly made the visitors pay.

"I think at the moment we probably get a little dizzy and lose a bit of detail around our technique," Mauger said.

"Liam is a quality striker, a very physical beast, so I'm sure he will not have many problems in the future."

Mauger, who said he had not had a chance to discuss the yellow card with Squire before the post-match interviews, did not seem to have a problem with Peyper's decision to send Squire to the sideline.

"I always think they are 50-50 of those decisions. The referees had enough angles to look at and it was probably fair enough in the end."