Samoa, Fiji, Tonga, Heartland XV to play at Eden Park while the World Cup warms up 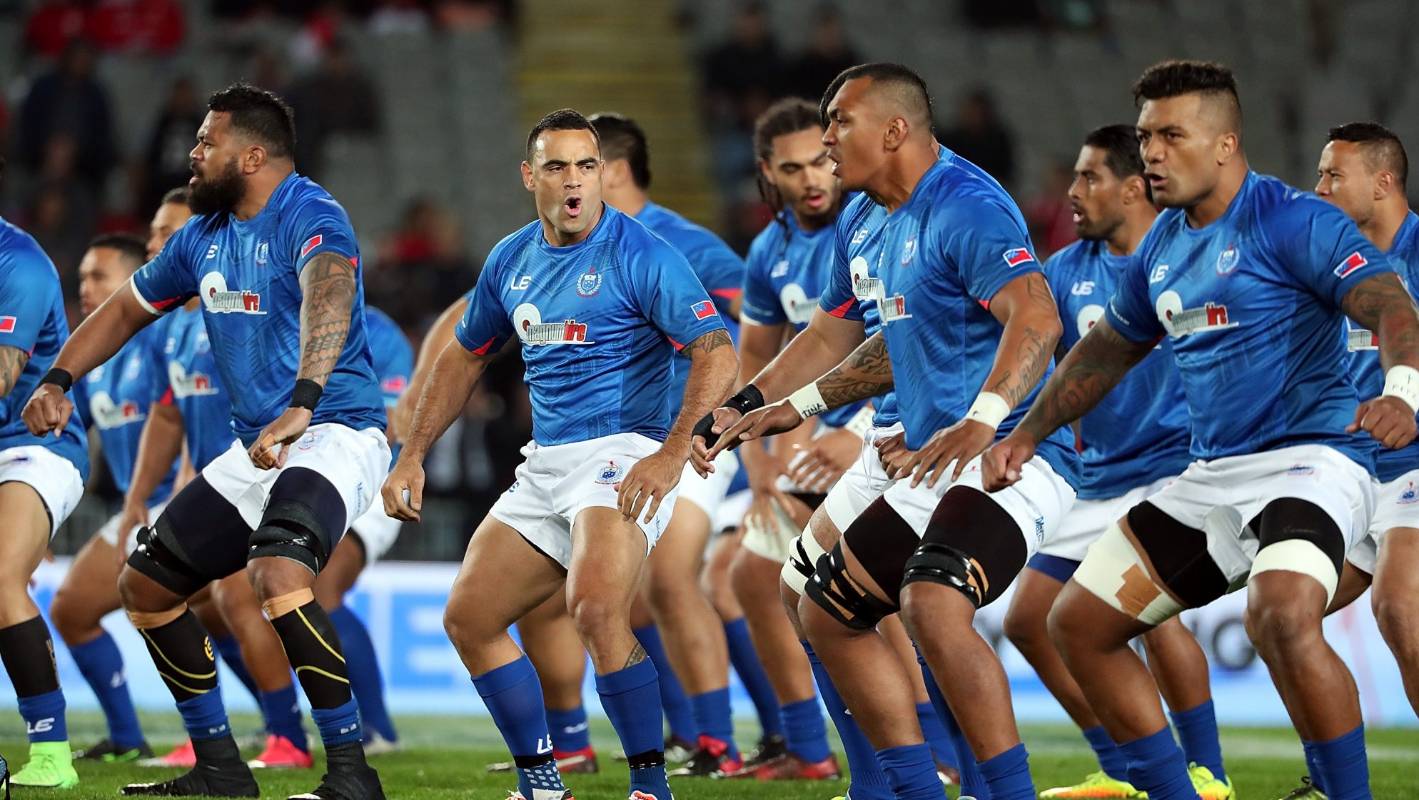 Manu Samoa will play a team from the New Zealand Heartland XV at Eden Park on August 31, while Fiji will play Tonga in a double header announced as the Pasifika Challenge II The Road to Japan.

An announcement was made at the venue on Wednesday morning, which will be the warm-up of the Rugby World Cup in Japan.

The New Zealand member of the Rugby board and former All Black Sir Michael Jones said the event shows the organization's commitment to the Pacific islands and also to rugby base in this country.

"We are hosting and supporting the concept of this entire Pasifika Challenge model with the involvement of Heartland XV, which is very important to us," Jones said.

"Heartland XV and rugby at the grassroots are an important part of our game and ensure that our players at this level can not only play for their respective provinces but there is also a level of aspiration for them to represent New Zealand as a Heartland" . XV game.

"Being able to play against teams like Manu Samoa is a fantastic result for us.

"It also includes all the boxes in terms of our support for Pasifika rugby and it is important that we see the game developing and realizing its potential but we also realize that it is an expression of who is an important part of who we are with our game, which is a celebration of the Pasifika communities here in Aotearoa.

If the games can repeat the excitement around the Tongan team for their testing in New Zealand during the 2011 Rugby World Cup and Tonga's New Zealand league test in the last two years, Jones believes it will be a great occasion at Eden Park. .

"The Tongan community ignited the 2011 World Cup when they went out in the thousands to paint the city in red and they've done it since with the Ma Ma Tonga in the rugby league," said Jones.

"So they are glimpses of the kind of passion and love they have not only for rugby, but for their men in red.

"This same patriotism is also felt by the Samoans and Fijians. Auckland is the largest Polynesian city in the world and having the opportunity to show Pasifika and the heart of rugby, with this unique mystique and flavor, is fantastic."

The first challenge of Pasifika Rugby was in 2017, when the All Blacks played Samoa and Wales faced Tonga in the double header.

Without the All Blacks game, it adds yet another element of risk on what ticket sales could be and this could be viewed as a more prudent move for the games to be played on smaller Mt Smart or QBE Stadiums.

But Jones says having that at Eden Park shows how committed the people are.

"I think we put a stake on the floor to say that this is an investment in which we are passionate and we believe," he said.

"We believe the love, support and passion for the game not only with our Pacific Island communities, but Kiwis also love the game that Pacific teams play.

"They also want to see them play well, get into the top eight and one day make a semifinal, so there is this broader general support."

One issue is that the games are on the same day of the second round of the Heartland Championship, so these provinces will not have their best players for that day.

However, Jones said that this was something that all the provinces approved to do.

"This was something that was discussed in our last AGM and when we invaded the Heartland teams and discussed that opportunity," he said.

"There was a general commitment and desire to make it happen and it comes with a little cost.

"But all Heartland unions supported this opportunity because it's a once-in-a-lifetime opportunity for a Heartland player to wear this black shirt and play at Eden Park against Manu Samoa.

"So it is the amateurs against the professionals, but we know what these young people are capable of and they will grow another fifteen centimeters in terms of courage, kaha, desire, pride and passion."

Tickets are generally sold as of June 17.