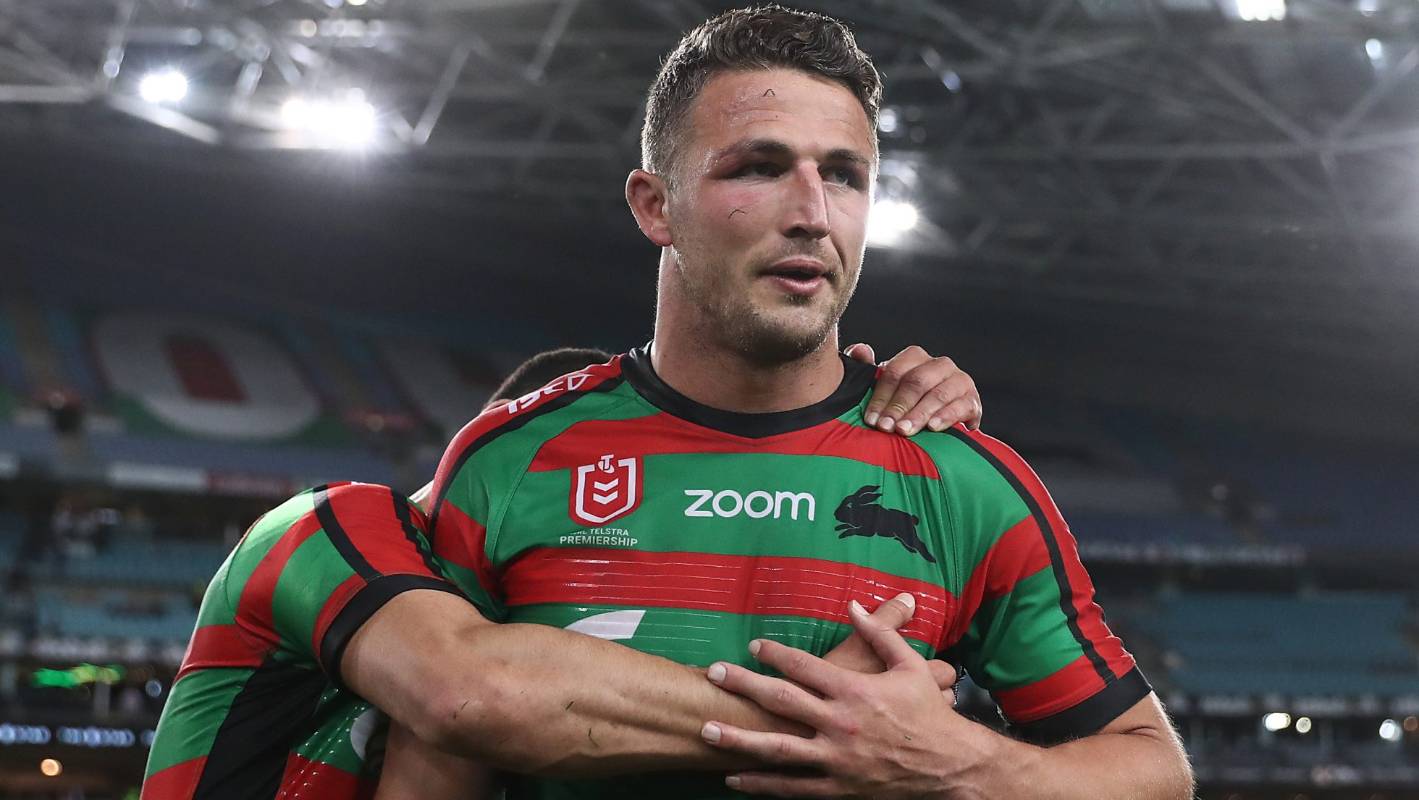 Sam Burgess was involved in a heated dispute with his father-in-law.

English rugby league player Sam Burgess is not permitted within 1 kilometer of his father-in-law's home, according to a temporary Apprehended Violence Order (AVO), issued by police in Australia's New South Wales.

Burgess will be forced to live with the temporary AVO granted by police until November 6, when he will front Moss Vale Local Court and learn if the conditions will be made permanent.

The order also dictates that Burgess must not threaten, stalk, harass or intimidate Hooke.

"Burgess must not do any of the following to Mitchell Hooke, or anyone he has a domestic relationship with; assault or threaten him, stalk, harass or intimidate him, and intentionally or recklessly destroy or damage any property that belongs to or is in the possession of Mitchell Hooke, "the order reads.

The Rabbitohs captain arrived at his father-in-law's home on Saturday wanting to see his children but was asked to leave, triggering an argument between the pair.

The dispute did not escalate any further than a verbal disagreement but when Burgess left the property, Hooke called local police and asked for a temporary AVO.

That request was granted and Burgess will now have to respond with an application of his own if he wishes to visit the Bowral property between now and November 6.

Hooke is the father of Burgess' wife Phoebe, from whom he has separated.

The NRL integrity unit will not take any action against Burgess but will watch his upcoming court appearance with interest.

Question marks remain about the South Sydney superstar's playing future as he deals with a chronic shoulder injury which plagued his season.

The Rabbitohs are privately concerned their captain will be forced to withdraw before the start of the 2020 season.

If the shoulder injury does force Burgess into early retirement, Souths could be left with as much as $ 4 million in dead salary cap weight.

If Burgess was to remove Souths would in all likelihood apply for salary cap exemption, as they did when Greg Inglis pulled the pin on his career this season.

But NRL rules state that the salary cap auditor may only grant relief if the player in question had no similar injury prior to the start of their current contract.