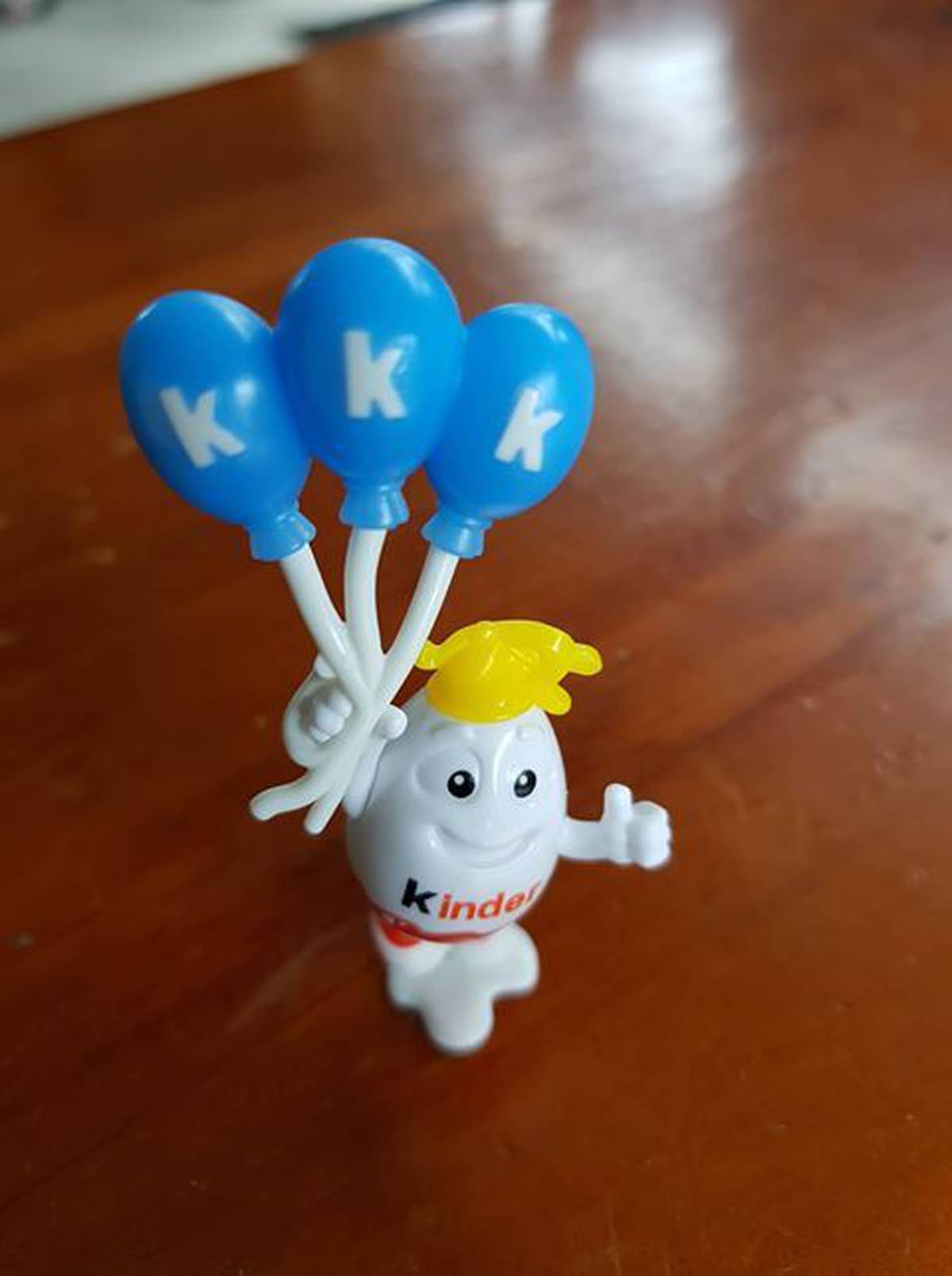 A Rolleston woman made a sweet Easter candy this morning, only to discover a surprise less than tasty.

The woman, who asked not to be identified, bought a Kinder Surprise egg from the nearby gas station and took her home for a treat, amid a sanding and painting weekend.

She was shocked to break the chocolate to find a Kinder toy holding three "K" balloons in them.

"I was literally" Oh my God, "someone in the sales and marketing department needs to get fired," she told the Herald.

"They clearly did not do the job properly. Someone really filled up."

She said fortunately that it was just a treat to be shared among adults doing renovations and there were no children around to ask any questions about the toy.

It seems Kinder's "KKK" toys arrived in New Zealand, although the company apologized for being abroad earlier this year.

Clients complained after receiving a Kinder mascot holding three "K" balloons in them, which they read as a reference to the American fundamentalist hate group Ku Klux Klan (KKK).

According to Ferrero, owner of Kinder, the toy was originally designed with a balloon with a "K" and two other balloons were added for the stability of the structure.

"As detailed in the note for our consumer, initially it was designed with a balloon with a" K ", a company spokesman said in January.

"However, two more have been added to provide a more robust structure, as the safety and quality of our toys are of the utmost importance.

"We had no intention of joining the Ku Klux Klan and we apologize to our consumers for any unintentional crime."