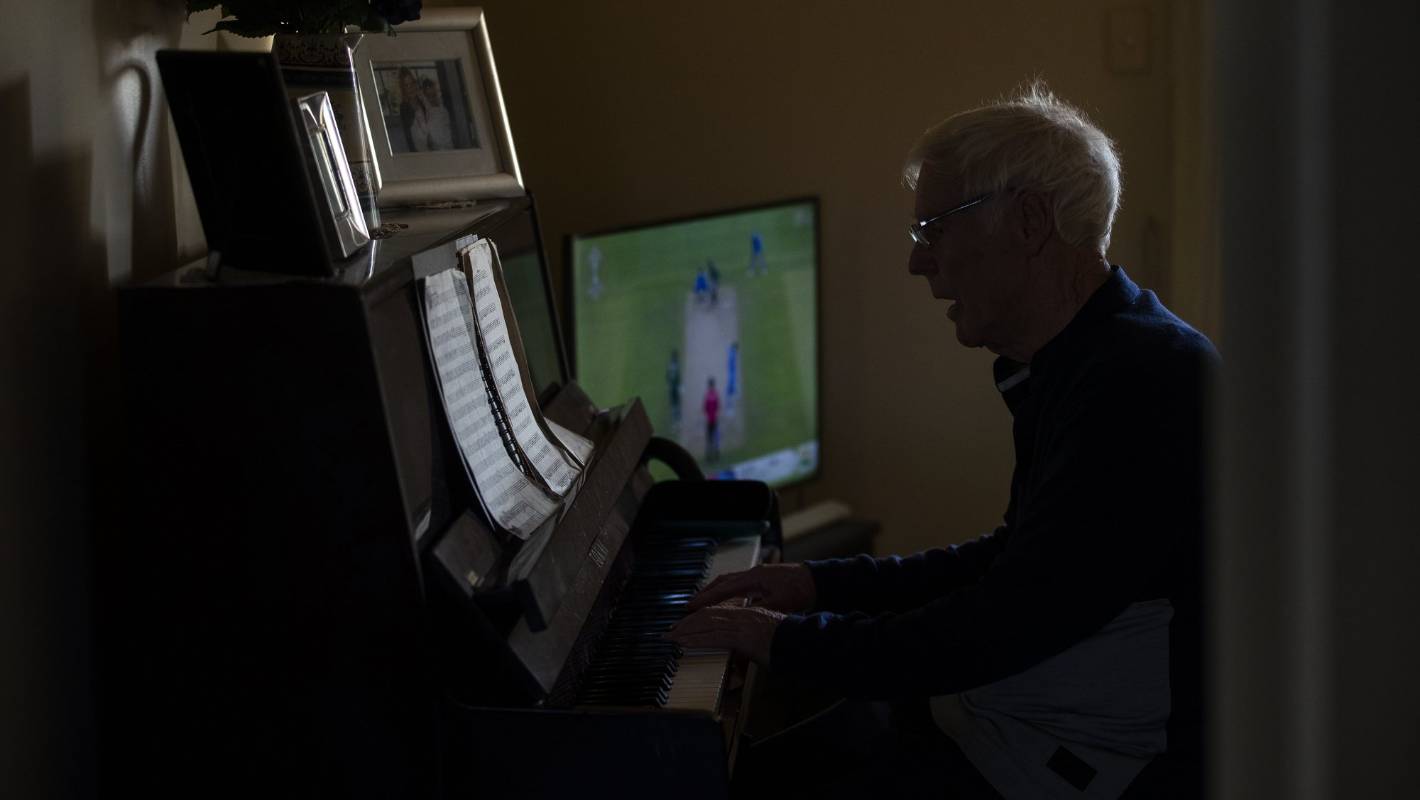 Former marriage musician Alan Murray has considered selling his piano after being diagnosed with Parkinson's.

But throwing it up again has improved your muscles – and mentality.

The 72 – year – old Cantabrian was diagnosed with the disease – a chronic progressive neurological condition that causes muscle tremors, stiffness, sluggish movements and impaired balance – in 1998.

After shoulder surgery, Murray discovered that he was having problems with the use of his arm.

His doctor told him that he could have Parkinson's and sent him to do blood tests and an MRI. Within a week, he had a positive diagnosis.

"I had no idea what Parkinson was," Murray said. "It took me a while to accept that I had it."

Wife Lyn said it was difficult for the two at the beginning, but now they are doing their best.

"There are a lot of people worse off than us," she said.

The disease changed their lives. Alan Murray gets tired easily and uses mobility aids to move around the house. Your speech and dexterity are affected as well.

But when Lyn Murray suggested selling his piano a few months ago, he decided to take another chance and was still able to play songs of his time as a wedding pianist.

Alan Murray said he used his daily exercise to slow muscle deterioration while playing piano was good for dexterity and his mentality.

He was reluctant to tell people about his diagnosis at first, but the couple now advocates better awareness of the disease.

"You should just take it in. You can still do things," he said.

Murrays are among participants in a study by the New Zealand Brain Research Institute (NZBRI) that they are unlikely to reap the rewards.

It began in 2007 with 45 individuals and 327 people with the disease since then contributed data, as well as 69 control patients.

Murray and his wife have been in the study for nearly 10 years. It is tested every six months, and Lyn Murray gives his observations.

She said it was good for her too, because having a network of doctors and people with Parkinson's experience gave her information and confidence.

"We knew this would not help us, but maybe our children or grandchildren," said Alan Murray.

MacAskill said he knew that early warning signs of dementia would allow doctors to identify people at greater risk, and begin treatment to slow the disease earlier.

It was originally thought that Parkinson's disease was just a movement disorder, but scientists now understood that the disease could also affect the deterioration of the brain.

The study helped to prove the existence of mild cognitive impairment – warning signs that MacAskill said were important in finding useful treatments for dementia; there are currently none.

Being able to predict deterioration would allow doctors to give people a clear idea of ​​what to expect from life and how much time they still had, MacAskill said.

Control patients – people not affected by the disease – were important in showing doctors how common changes were in the brain.

Derek Carver, 75, has no Parkinson's or dementia, but for the past seven years has volunteered for up to four days of testing once a year in the name of science.

The tests range from remembering sequences of words and numbers to using hand-eye coordination with a mouse and a pointer and MRI scans.

While Carver did not gain anything from the study, he said there were benefits. Having annual tests meant he would know early if he developed signs of dementia.

"You do not get MRI scans for free very often," he said.

Carver said he had friends with degenerative brain disorders and was pleased to be able to help.

"If I can do something to help medical research help these people, I will, because who knows – it could be me."