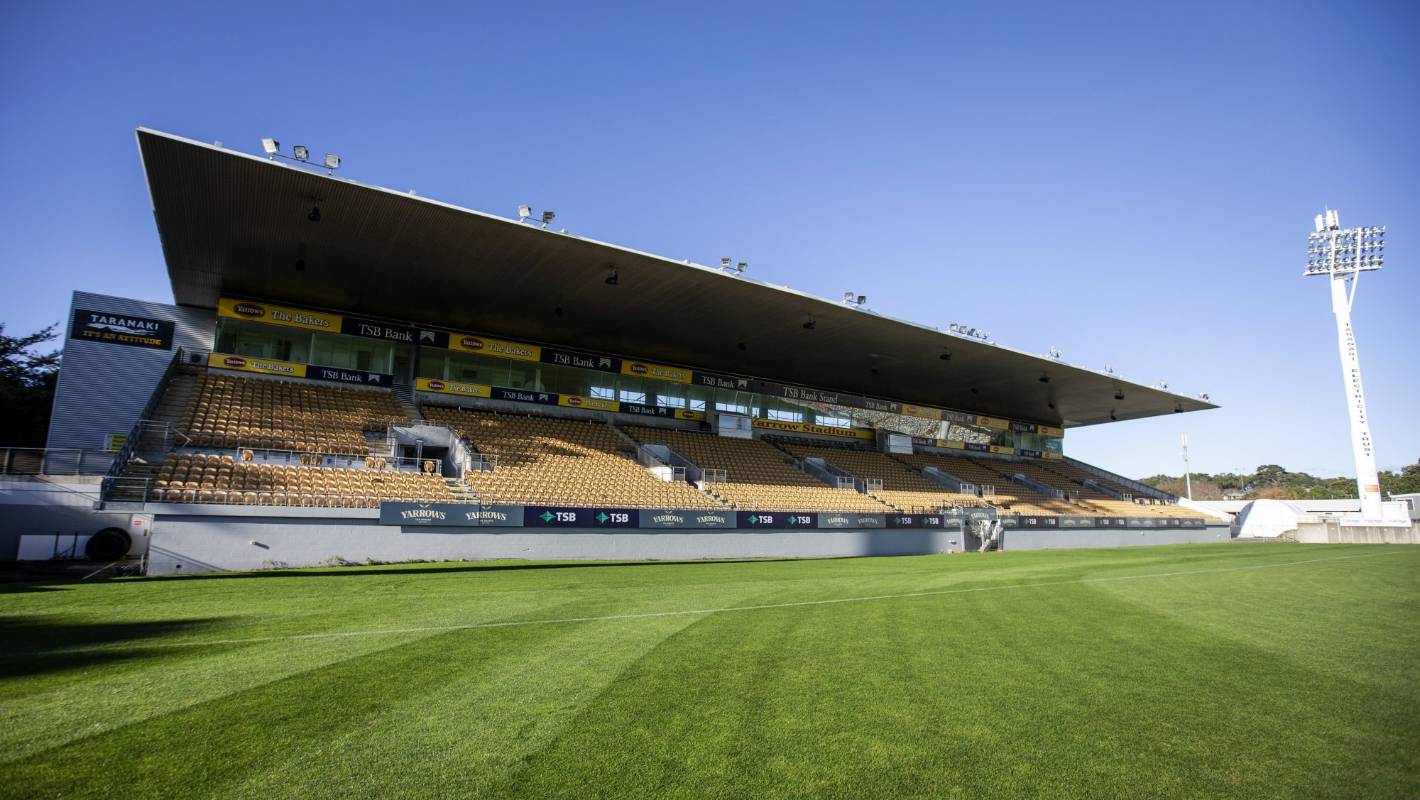 The repair and multimillion-dollar upgrade of Yarrow Stadium in New Plymouth continues, despite strong opposition.

The new Plymouth District Councilors signed the Taranaki Regional Council's $ 50 million plan by a majority of nine votes to five on Thursday.

But the decision was not made without a fight, and there were complaints that the council found itself intimidated in a corner by the question whether or not they had to respond.

Last month, the TRC approved $ 50 million in funding for the repair and modernization of the land, 18 months after its East Stand was declared earthquake prone and 11 months after the West Stand was also closed to the public for the same reason.

Under the trust deed agreement, NPDC is required to approve the major transactions, as is the Taranaki Rugby Football Union (TRFU) as a donor and great user of the site, which had already given its approval.

If the councilors had voted in favor of the funding request at Thursday's special meeting, the work would not go ahead – possibly leading the stadium's confidence to take legal action or returning Yarrow to NPDC's property – which means that any repair or potential update would be in the NPDC books.

The situation faced by the NPDC has been described as "blackmail", "intimidation" and "curved ball" by the presenters at the meeting.

Several urged the council to postpone the decision and negotiate a smaller spending with the TRC.

The idea of ​​just fixing the bleachers, at a cost of $ 33 million, was backed by Southern Taranaki Mayor Ross Dunlop.

"Everything is negotiable in this world. Ask any five-year-old," he said during the meeting.

Hugh Barnes of Sport Collective, a group of non-rugby codes, said that as an engineer, he questioned the need to spend $ 50 million.

Mike Morresey, often called a number one rugby fan for Taranaki, said most taxpayers want the stadium repaired, but any extra improvement should be paid in private, not by taxpayers.

"I think at some point you have to refuse to let people do this to you."

Counselors asked questions about the feasibility and cost of recovering the stadium.

Mayor Neil Holdom said he had been in contact with TRC, which was comfortable with the lawsuit and the decision taken.

"They are not looking to review their decision."

"He wants them to have a decent stadium to play, but come on, $ 50 million?

"If they give us back the stadium, so be it, and we'll get a better one for half the price."

He said that with $ 33 million, they could "cater to all other sports in New Plymouth in our region, and that's what we should do."

But Counselor Stacey Hitchcock disagreed, saying that if they ended up owning the stadium and assuming associated repair costs, they also could not build a multi-sport facility for half the price.

"I think I'd rather swallow this dead rat than say no and get a bigger rat in a week."

Counselor Alan Melody said that if they took responsibility for the site, there would be at least a delay of two or three years at work.

"That could be the death knell for Taranaki rugby."

Counselor John McLeod said it was disappointing not to have time to consult the community.

Alderman Murray Chong questioned whether it would be a bad thing if the stadium was returned to the NPDC.

"Today I had 15 phone calls, half of them while I was still in bed.

"The fact that we're being kept in a corner is the reason why maybe we should dominate it again."

Counselor Mike Merrick said the process left a bad taste in his mouth.

Counselor Richard Handley said he supported the proposal but hoped there would be alternative funding to save taxpayers' money.

Marie Pearce said it was a shame they had 10 days to make the decision, but the TRC failed to reach its rates on July 1.

The $ 50 million will be spent on repairing booths, modernizing the main field, improving lighting and building an independent gym, administration office and equipment exchange facilities.

Residential taxpayers in New Plymouth will pay $ 70.34 a year extra excluding GST for costs, while commercial and industrial taxpayers will be charged for land value plus a flat fee of $ 150 – most will pay between $ 200 and $ 600 per year, excluding GST.

All taxpayers in Stratford and South Taranaki will pay $ 47.30 per year, excluding GST.

Meanwhile, the board also approved a $ 141,000 vacation rental for the Taranaki Rugby Football Union, due to stadium issues.

Approximately $ 41,000 will be funded by fees. The rest will be covered by a surplus in the stadium budget.

In November 2018, TRFU requested a rental of Yarrow Stadium, rental of land and vacation cost of service from 2018 to 2021, or "until we are able to hire an economically viable facility and fit for purpose, whichever comes first" . was subsequently modified to 2018 only.

Counselor McLeod objected to the request, suggesting that he be "put in touch."

The subject was approved twelve votes to two.