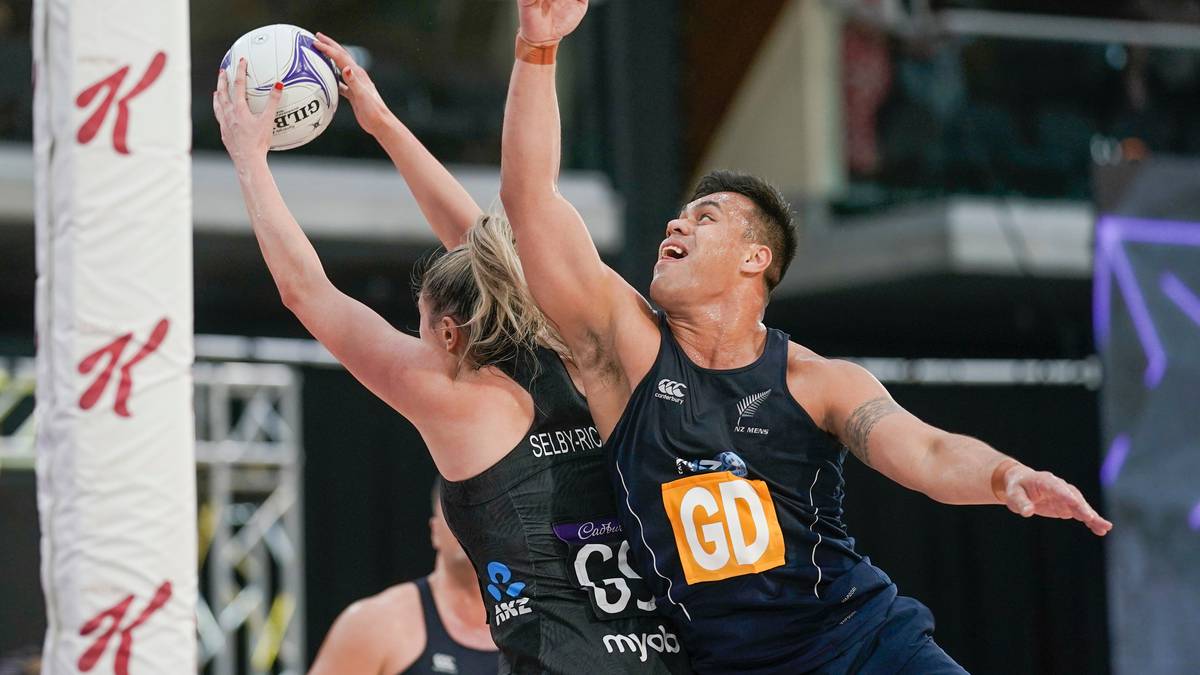 The Silver Ferns secured their first victory over the New Zealand Men – and the timing couldn’t have been better.

The 55-52 victory not only earned them the Cadbury Netball Series 2020 title, but also gave them a lot of confidence four days from their first international game in nine months.

The world champions face England in a series of three matches for the Taini Jamison Trophy that starts on Wednesday, with this week’s series being the perfect opportunity for Dame Noeline Taurua to solidify the national teams.

The Roses came out of quarantine today and will be watching this week’s series almost as closely as Taurua.

And what they would have seen tonight should have aroused some nerves.

In stark contrast to the last time the Ferns met the men, it was the Ferns who took the lead.

The captains of Ferns’ snipers, Ameliaranne Ekenasio and Te Paea Selby-Rickit, both rested on Friday, facilitated work within the circle, creating space and making a smart move. His efforts even motivated some ‘Harrison Hoists’ from his opponents.

Male sniper Junior Levi, usually an easy target for his teammates, sometimes struggled to get rid of Sulu Fitzpatrick. A series of changes to the men’s court were made in response, which seemed to work almost instantly.

The men reduced the Ferns’ lead to three goals at halftime, setting the stage for a highly contested second half.

Maia Wilson and Claire Kersten came into the game when the Ferns changed only at the beginning of the third quarter, before Kelly Jury joined later to give Fitzpatrick a rest.

Meanwhile, Cameron Powell ran in the attack for the men who joined Levi, who advanced to finish with 92 percent accuracy, scoring 36 of his 39 kicks.

The Ferns managed to take their small lead to the final 15, where Taurua opted for consistency in his line-up instead of trying several combinations as seen earlier in the week.

A handful of twists in favor of the Ferns briefly left them in a more comfortable position before the men, once again, proved how fast they could score, drawing the game five minutes from time.

But in the end, it was the Ferns who remained composed and patient to win in front of an exulting crowd from Palmerston North.

“It was an absolutely unreal game, this is the best preparation we could get and ask for, so we are very grateful to the men. It was an unreal week,” said an ecstatic Ekenasio.

“So proud of the girls – I remember looking up at an internship thinking it was seven minutes away, but I saw it was only two and I was very relieved. It was an unreal experience ”.

Previously, New Zealand A claimed third place in the series with a 68-47 victory over New Zealand’s U21s.

Kate Heffernan took home the best player of the match after a stellar performance in the side defense. The 21-year-old got four interceptions, four deflections and three deflections.