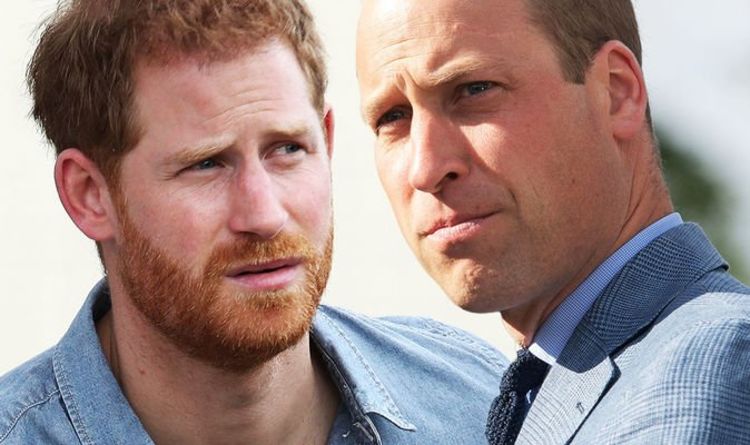 The public speaking techniques of Prince William, 38, and Prince Harry could not be more different than a language expert claims. Expert and author Judi James analyzed Prince William’s words during a recent podcast interview about his Earthshot environmental award and said the future king and his younger brother Harry have very contrasting methods.

According to Judi, William is a “deliberate planner” who uses modest language to convey “modesty”, while Prince Harry has “a more like a battering ram” approach.

Judi told Express.co.uk: “Since these are the words spoken by William, instead of a written document or speech, they reveal more about your thought processes and your authentic personality.

“William has always been seen as a very deliberate and somewhat concerned planner.

“Unlike the more spontaneous, act first – think later Harry, William’s actions tend to reflect concern about the consequences and how he can be perceived.

“What he shows here is a strong and passionate desire to create change and even challenge the way Harry would do it, but for William, this is combined with anxiety about doing and saying things the right way.

“This leads to a tendency to make strong statements before any verbal complaints.

“He seems like an excessive thinker, policing his own words as he speaks and then qualifying anything that might sound very controversial or critical.”

According to Judi, William’s awareness of his future role as king makes him more cautious than his brother.

The expert said: “Unlike Harry, who recently took a battering-like approach to create urgent and even controversial changes, making comments that were criticized for being hypocritical or too practical in style, William is clearly aware of his future role as King and that seems to make him more empathic and less critical in tone.

“William begins with this strong statement that he posts as a headline for the rest of his ideas. Anything that borders on controversy is quite absent and that is why he adds the word ‘definitely’ for emphasis.”

William went on to say on the podcast: “I must say that when I was growing up, I felt that dealing with things negatively was the way to go and try to push people to do things. And saying, ‘Listen, these are really bad things that you need to change that. ‘But it doesn’t really work and there’s always room for that.

William added, “You know, I don’t propose that anyone say things that are wrong and say that people should change that for the better.”

Judi said that William’s mention of “growing up” and changing his approach could be considered a small criticism of his younger, more impulsive brother.

Judi said: “There is a hint here that William is keen to show that he used to be more like his brother in his approach, but before he ‘grew up’ and found out that it didn’t work.

“Is he putting some of Harry’s ‘change the world’ techniques as a sign of immaturity?

“Even with his first innocuous statement, William seems to have been concerned with sounding critical of people who ‘push’ others and alarms may have sounded about how he could have sounded critical of activists like Harry and Meghan.

“He almost apologizes here, backing down by saying that he does not propose that ‘no one should be calling things that are wrong’ and narrows his scope modestly by saying that he is referring to his own personal experience.”

Prince Harry and Meghan Markle set a new royal precedent with Archie [INSIGHT]
Sophie Wessex and Edward ‘crossed the line’ with the change of Lady Louise and James [PICTURES]
The Christmas hurt of Prince George, Charlotte and Louis [VIDEO]

Judi said that the way William talks about his work in China is “very smart”.

The expert said: “This is a very clever way to persuade and show that your methods are ‘right’, with William setting an example as proof of how a more positive approach can be effective, even on issues that are culturally sensitive.

“Like Harry, he puts himself on a global stage talking to global leaders, but acting in what is more of a psychologically intelligent ‘nudge’ style, rather than scolding or lecturing.

“It makes you look results-oriented rather than ego or driven by power.”

According to Judi, this formulation takes William back to the past.

The expert said: “Again, William steps back a little here, apparently concerned that his optimistic approach may be seen as weakness or lack of courage and emphasizing the fact that, ‘I am very happy to have difficult conversations’ just in case he looks weak. “

Judi said that William seems to lay bare his “formula for dealing with his feud with Harry” when he says, “‘Nobody wants to do the wrong thing.

“And I think you have to give people an opportunity to see the potential and the way forward.”

Judi explained, “These two statements seem to come from William’s maturity and sense of empathy.

“They could almost sound like your potential formula for dealing with your fight with Harry.”

Judi said that William “filters the words” while speaking when he talks about what “outrages” him about climate change.

The duke said: “And I am outraged by the inaction.” And this is probably a cliché, but it concerns me the most.

“Especially because I am in a position of responsibility, if you prefer, or of leadership, I feel that I can do much more with this ability.” So I do not understand why those who have the levers do not. “I think that’s what really upsets me and keeps me up at night.”

Judi replied, “Again, there are revelations about William’s constant filtering of words as he speaks.

“He was invited to speak on the topics of indignation and optimism and he started with an increasingly less controversial topic of optimism.

“Now he changes his tone to define his own ‘indignation’ and reserves that most critical word for himself.

“He talks about ‘inaction’, but when he says ‘especially since I am in a position of responsibility or leadership’, he seems to restrict any outrage as potentially directed at himself if he were not acting.

“This introspection in the criticisms is also peppered with excuses.

“He apologizes for the cliché and for using the words ‘responsibility’ and ‘leadership’, adding ‘if you like’ to avoid making assumptions of greatness.

“Even his last statement about what keeps him up at night starts with ‘I think’, suggesting a sense of modesty and self-analysis.”