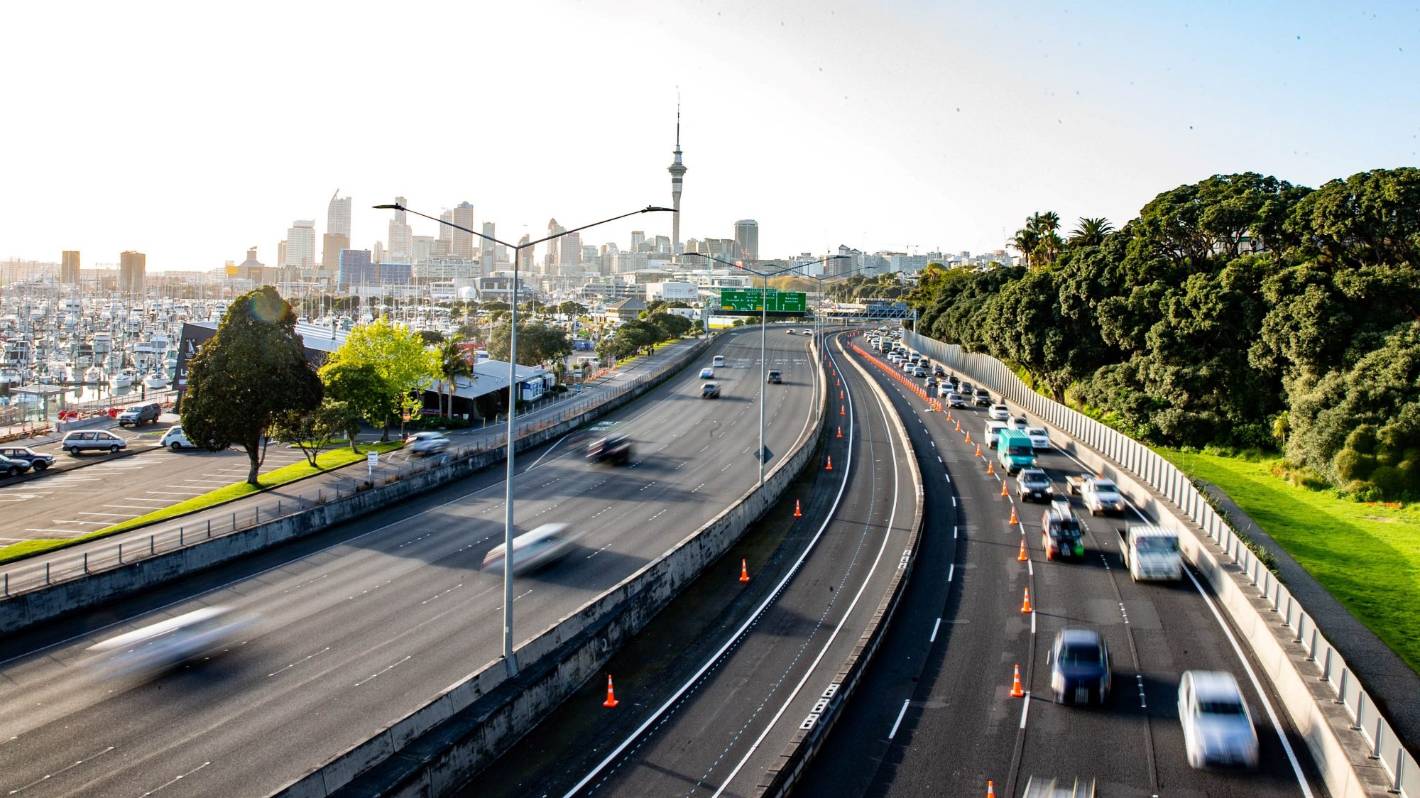 The roads around Auckland are expected to be busy on Monday as people return to the city after the Labor weekend holidays. (File photo)

Traffic is increasing on Auckland’s highways as tourists return from their Labor weekend getaways.

Waka Kotahi (NZTA) said that as of 5 pm Monday, traffic was heavy both north and south of Auckland, with delays expected on State Highway 1 between Bombay and Drury.

Heavy chunks were arriving on the north road from Oteha Valley Rd and occupied again further north on SH1 in Warkworth and Wellsford.

The arterial routes around Mission Bay, Devonport and Whangaparāoa were also proving to be busy.

SEE MORE INFORMATION:
* ‘We have to change our mindset:’ Police ask for caution after weekend of terror holiday on the roads
* Police are considering cell phone use and speed as potential factors in fatal accidents
* One killed after accident in Tikitiki, near Gisborne
* Work weekend toll: five dead, motorcyclist seriously injured

Drivers were previously warned to prepare for slow travel and queues, as the roads around Auckland were expected to become congested with tourists returning home.

Waka Kotahi said that people planning to travel south on State Highway 1 should consider using SH16, because traffic is likely to be heavy on SH1 heading south between Wellsford and Puhoi starting at 11 am on Monday.

According to Google maps, the trip from Warkworth to Auckland city took 1 hour and 35 minutes around 11:30 am. That was 37 minutes longer than normal.

Traffic in the area was expected to continue to be busy until 5 pm, but by 1 pm the congestion had passed and it took about 50 minutes to travel from Warkworth to Auckland.

However, a little further north, through the Dome valley between Wellsford and Warkworth, the road was congested.

NZTA traffic cameras showed that the north highway was also reasonably busy around Greville Road, heading south at around 2:15 pm.

Other sections of Auckland’s highways seemed to flow freely.

South of Auckland, traffic on SH1 should also be moved north from Bombay to Manukau between 2pm and 5pm.

SH2 must also be busy between Waihi and Tauranga in both directions between 11 am and 4 pm, NZTA said.

People traveling to Auckland from both directions should expect delays and allow extra time for their travel, NZTA warned.

Meanwhile, in Wellington, the NZTA warned people that they should expect delays after a car was parked on the public road.

The car was blocking the south left lane, but was released at 3:45 pm.

Police asked drivers to be patient while on the roads on Monday to ensure everyone is safe.