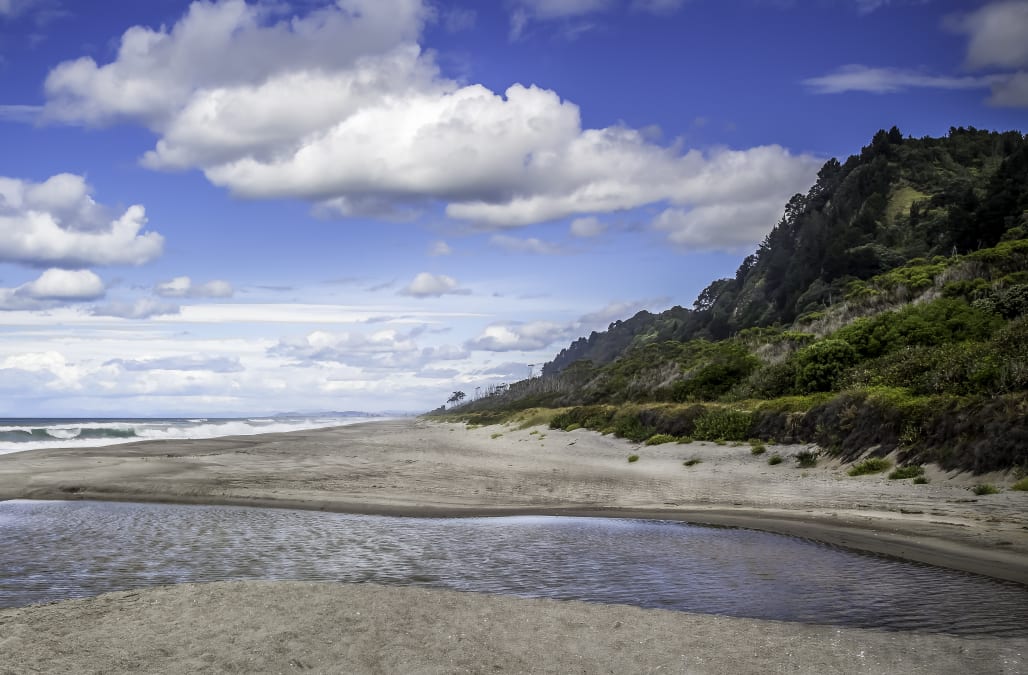 A New Zealand man fishing near a popular camp last month inadvertently saved the life of an 18-month-old baby he found floating in the water.

Gus Hutt, who was vacationing at Murphy's Holiday Camp with his wife, Sue, was fishing near Matata Beach on the North Island around 7am on Oct. 26 when he said he saw a small figure floating in water.

"As he floated, I thought he was just a doll," Hutt told the New Zealand Herald. "So I reached out and grabbed him by the arm, yet I still thought it was just a doll."

After taking the dol out of the water, Hutt said he immediately realized that he was, in fact, a living child.

"His face looked like porcelain with short wet hair, but then he let out a little scream and I thought, ah, God, that's a baby and it's alive," Hutt said.

Hutt's wife immediately alerted the camp officials, who reported that there was only one couple with a baby. A camp manager then ran to tell the parents of the child while other staff alerted the emergency services.

The boy's mother, Jessica Whyte, was awakened around 7:30 am by news that her son, Malachi, was found floating in the sea, but that he seemed to be unharmed.

Apparently, the baby managed to pull the zipper off his parents' tent and crawl down the flap while they were still sleeping. The 18-month-old then made his way to the nearby beach where he fell into the water.

Hutt said it was by pure luck that he discovered the child, since he usually fishes 100 meters below the chosen spot that day.

"If I had not been there, or if I'd just been a minute later, I would not have seen him," Hutt said. "He was lucky, but he just was not meant to go; it was not his time."

Rebecca Salter, co-owner of the camp, told the BBC the incident "was a shock to all."

"It was a very, very happy result," she said. "It could have been a very tragic incident. It's a bizarre miracle."

Area authorities have indicated that the situation will not be subject to further investigation.

A gruesome video shows that the speed of the escalator is uncontrolled, injuring at least 20