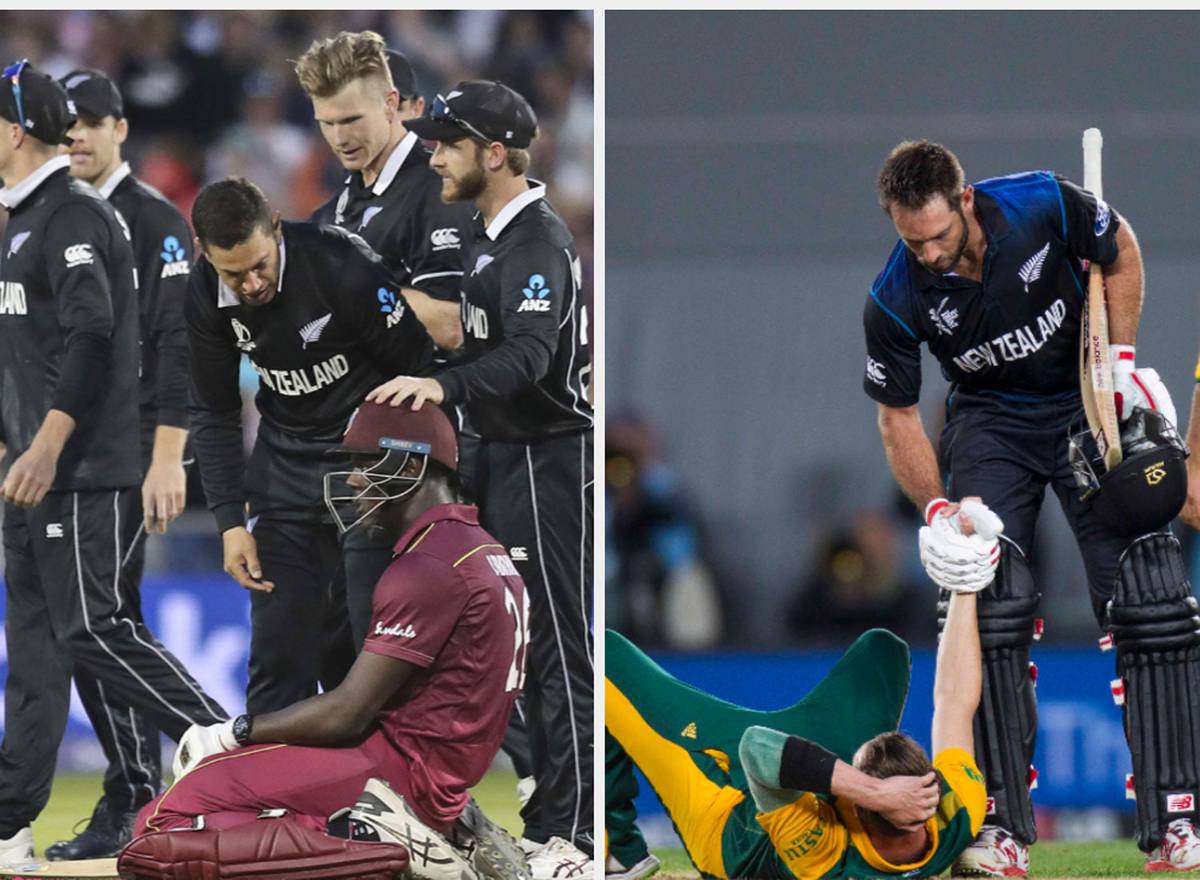 The West Indian batsman, Carlos Brathwaite, fell in the midst of Manchester glory and his post-match despair was backed up by an exciting Black Caps moment.

In a truly phenomenal comeback, the # 6 West Indies batsman literally fell within inches of one of the great cricket twists – captured on the border with five races required for victory.

At 164-7, chasing 292 for the win, Brathwaite – the man with a maximum score of 50 on the ODI before tonight – crushed 101 of 82 balls, growing five to six, each more impressive than the previous one.

The equation was reduced to six of seven balls, when a short delivery was applied at the long limit.

A roar rose from the waiting crowd. Trent Boult lined up, feet dangerously close to the rope. Walking tiptoe to the limit, he pulled it inches apart – sending Brathwaite to his knees, his black caps in ecstasy.

"New Zealanders are some of the best people in the world, and I'm lucky to split a dressing room or play against and socialize with them in franchise tournaments," he said. "So I'm very close friends with some boys, and that did not mean much at the time, because I had just seen Boult catching a ball and us losing, but in hindsight, it's a good sporting spirit in his name." – and I appreciated the mutual respect that the opposition had. "

The scene was reminiscent of the 2015 World Cup semi-final when Black Cap hero Grant Elliott made a wonderful gesture after beating the six tournament winners and taking his team to the final.

Demanding 12 in the final, Elliott hit a six against Dale Steyn in the penultimate outing to win him for his team. The whole South African team was on the floor, shedding tears. Like Steyn, when Elliott reached out to the quick launcher who was lying on the field in despair, to offer him commissions and a few words of encouragement after the defeat.