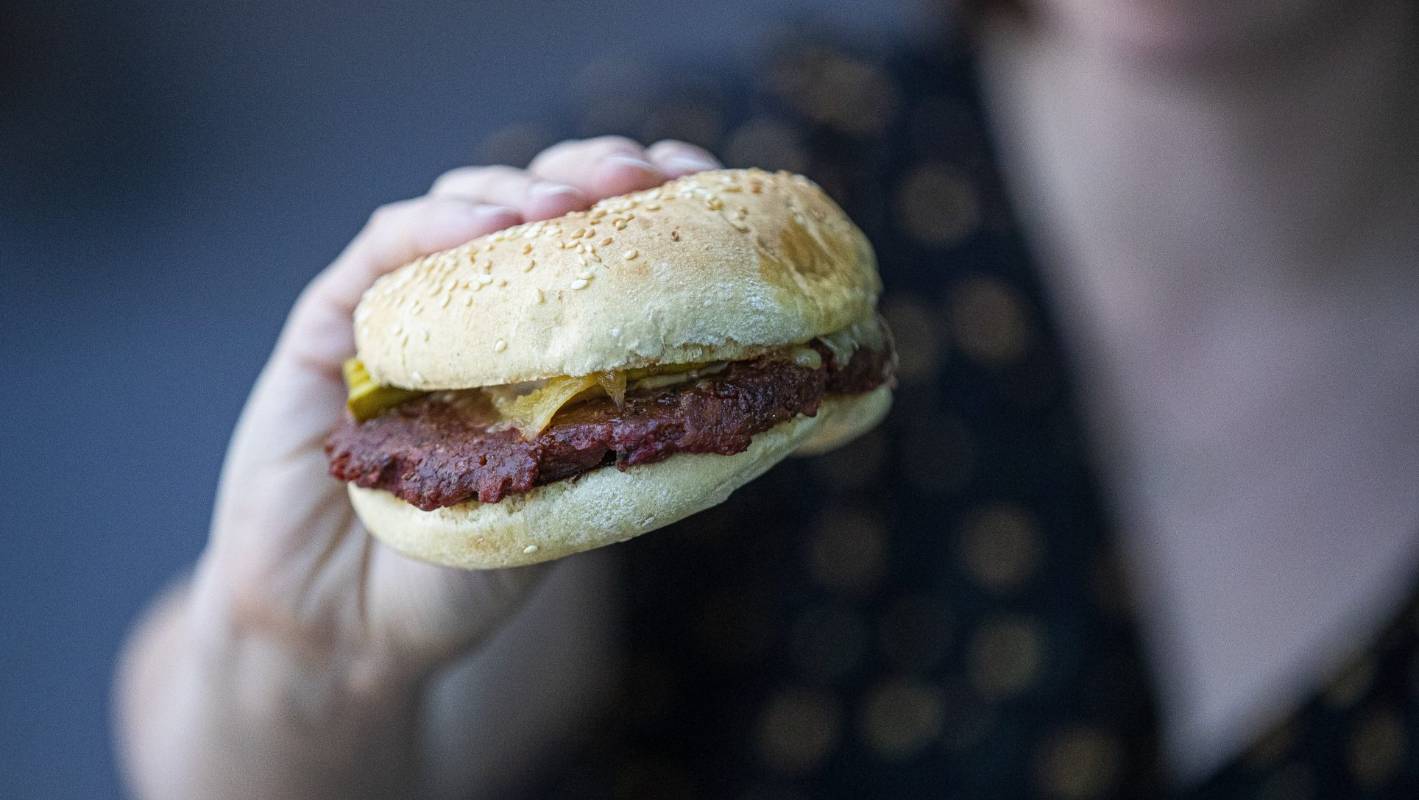 OPINION: If he bleeds he takes it.

Once the motto of the newspaper publishers, the feeling was enthusiastically taken over by fake meat makers, determined to make their herbal products look as bloody as possible.

BurgerFuel is New Zealand's latest restaurant to break into this trend, with the "Alternative Muscle" hamburger landing at branches across the country on Tuesday.

The hamburger comes with classic toppings – cheddar, pickles, aioli, pleasure – along with the promise that the herbal burger "looks, cooks and tastes like real meat."

When it comes to looks, they're not wrong – if you take your hamburger to the raw side of the rare.

The beet color gives the burger a red color that should mimic the meat, but what the breeders seem to have forgotten is that the meat turns brown when cooked.

First impressions? "Not what I expected a veggie burger to taste. I was hoping – is it naive to just say vegetables?"

"It's cool," was the scholarly conclusion. "It's a very robust texture."

So the texture is there, but what about the taste? A bite of American Muscle – the same toppings and patty – refreshed Jackson's memory of the real deal enough to admit that the fake version was on the nice side.

But "I would eat – and I never said that about anything vegetarian in my life."

I take a different stance on vegetarianism than Jackson, so I was more than a little disconcerted by the slab of ground beef in front of me.

It was hard to establish the taste. The main flavors were mustard flavor, cheddar cheese and tomato: not offensive, but not beef. I took some crumbs out of the pasta to try to taste the soy protein, but all I got was salt.

Given the choice between a classic veggie burger and that, I always bought real vegetables – but then I'm not the target muscle alternative.

BurgerFuel aims at "flexitarists and reducers" – in other words, people who want to eat meat but would like to eat a little less. What if they could win Thingtoo resident carnivore, they could be in something.