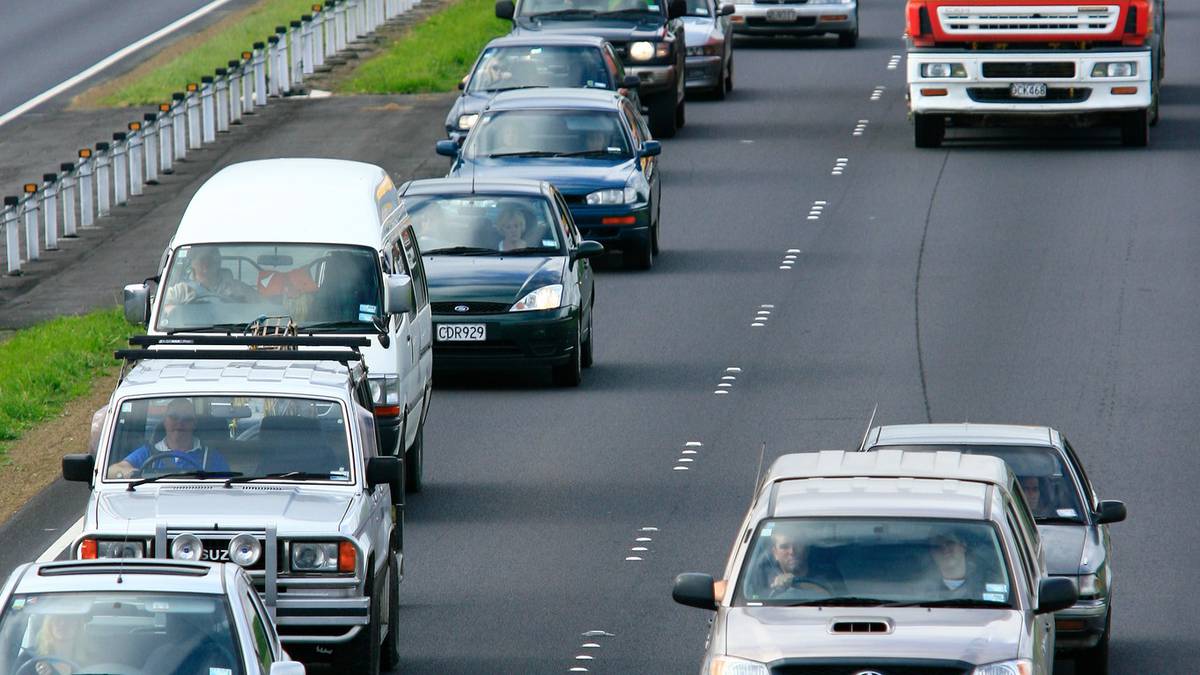 Traffic is expected to be nose-to-tail along the stretches of State Highway 1 today, as tourists return home. Photo / Martin Sykes

Traffic is at a leisurely pace going to Auckland, with traffic accumulating nearly 12 km along a stretch of the main state highway this afternoon.

A driver says traffic north of Putaruru, South Waikato, is bumper to bumper for Tirau. She said it took an hour to reach Pairere and the traffic is still creeping to Cambridge.

As the anticipated traffic is intense both to the north and south of #Akl while drivers return home after a vacation. Expect delays in # SH1 between Bombay and Drury. Heavy patches arriving at #NorthMwy Oteha Valley Road and bustling again further north on # SH1 in Warkworth and Wellsford. ^ MF pic.twitter.com/DPnJ4Z3faO

It is a bumper to bumper in several sections of SH1 between Topuni and Wellsford, across the Warkworth neck and the Northern Highway in Auckland.

FINAL UPDATE 14h15
This serious accident in SH1 #Thunder has been DELETED and the road is OPEN. ^ EHhttps: //t.co/1kXuja3uMc

The longest line affects a stretch of road between Topuni and Wellsford, with drivers facing a slow, congested race for at least 12 km.

Tourists who have returned from the extended holiday are being warned to wait in line for the rest of the afternoon while traveling home.

Traffic is increasing at all the usual points as road users return to #Auckland today. Remember to drive carefully and be patient if you are coming home after the long weekend. Drive safely everyone! #LabourWeekendTraffic. ^ MF pic.twitter.com/CZUtv7epX0

As predicted, traffic is intense both to the north and south of #Akl while drivers return home after the holidays. Expect delays in # SH1 between Bombay and Drury. Heavy patches arriving at #NorthMwy Oteha Valley Road and bustling again further north on # SH1 in Warkworth and Wellsford. ^ MF pic.twitter.com/DPnJ4Z3faO

Previously, the New Zealand Transport Agency reminded drivers to take extra time on the road by returning to main centers today on either end of the North Island.

A serious accident on SH1 near Avenue North Rd closed the highway just before 2pm. Drivers passing through the area were asked to follow the instructions of the emergency services and warned that there would be delays.

Traffic must be exceptionally intense during the day on State Highway 1 in Kakakawa in the Bay of Islands towards the south and through Kāpiti traveling between Peka Peka and Ōtaki.

EXPECTED TRAFFIC RETURN: Reserve extra time if you are going home TODAY (Monday, October 26), after the long weekend. Heavy traffic is expected in # SH1 in Kawakawa between 10am and 6pm. Plan ahead for #LabourWeekendTraffic. ^ MF pic.twitter.com/2sps6bWOB0

The most intense traffic in the north is expected between 10 am and 1 pm, and busy between 1 pm and 6 pm today.

At the other end of the island, traffic should be congested between 11 am and 7 pm.

WORK DAY WEEKEND – GET READY FOR YOUR JOURNEY
Going home to Wellington after the long journey? We expect traffic on # SH1 through Kapiti to be the southern fort between 10am and 7pm today, Monday, October 26th. To help avoid delays, visit https://t.co/lUdIy6bdgr #LabourWeekend pic.twitter.com/qa4xBGJFzL

The holiday road toll is currently six, five more than last year and the worst since 2017.