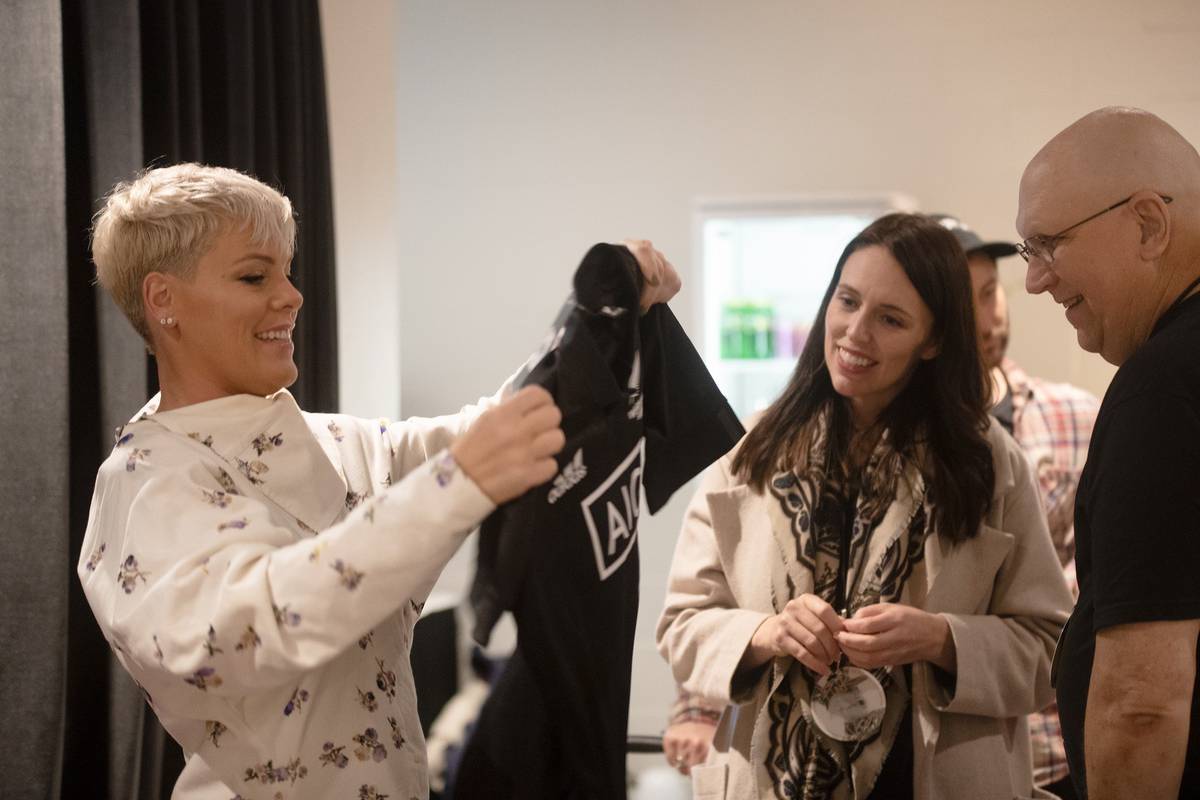 Baby Snow joined his mother, Prime Minister Jacinda Ardern, at a secret celebrity gathering last year when the pair met up with pop superstar Pink backstage before their show in Auckland.

The lead singer of the charts brought her Beautiful Trauma tour to New Zealand last September, performing a record six-night race at the Spark Arena in Auckland. More than 73,000 fans participated in the shows – including PM.

At the time, Pink revealed that she met Ardern, telling her fans about the date when she was onstage, labeling the Kiwi as "incredible."

Pink told her fans that they were lucky to have a leader like Jacinda.

According to Pink's Sony Music label, Ardern asked if it would be possible to find the singer before the match was held.

Ardern was joined by his partner Clarke Gayford and Baby Snow as they sat down for an informal chat with Pink, her husband Carey Hart and their two children – 1-year-old Jameson and 7-year-old Willow.

The photos of the meeting have just been released, revealing a backdrop for children backstage, full of colorful paintings and paintings.

Ardern unofficially commented on the meeting, but is considered a big fan of the singer.