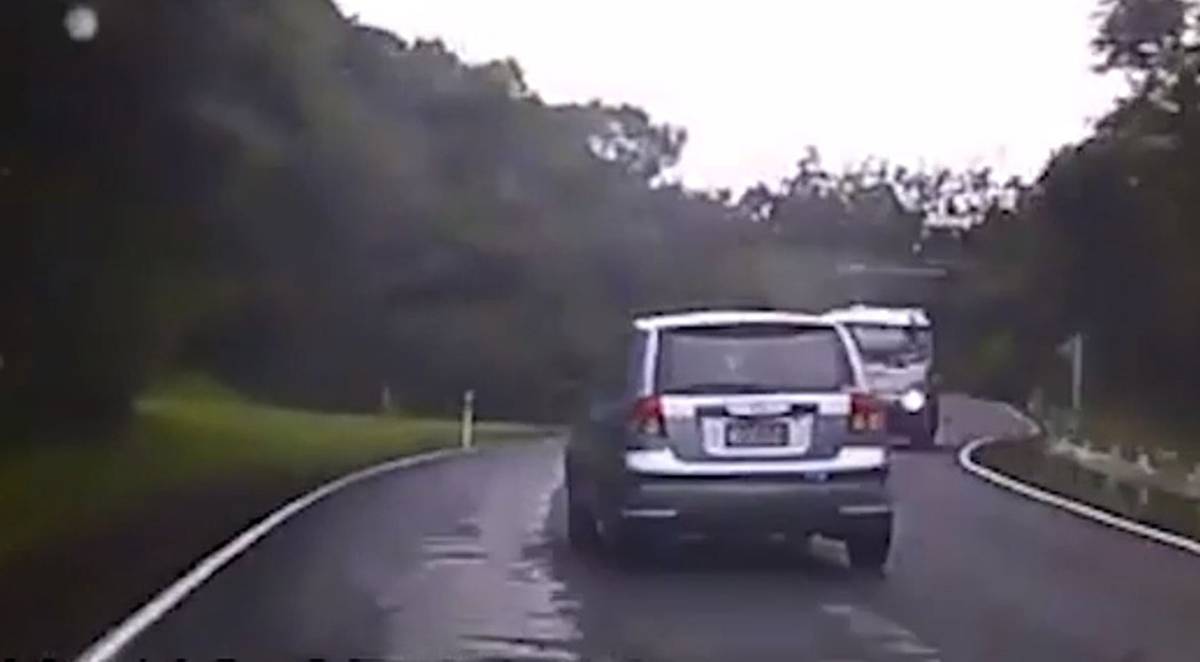 Gruesome images emerged from an almost terrifying collision that saw a dangerous driver almost crash into an approaching truck.

On Monday morning, passenger Mike Cains was traveling through Waitakere when a car passed his vehicle around and a blind corner and was within inches of getting into a truck.

Cains's vehicle had just crossed a small bridge when the driver behind him made the maneuver highly dangerous.

In the video, the truck driver can be seen flashing his lights in an attempt to alert the dangerous driver to his presence.

The incident occurred at 7:20 today near the Lower Nihotupu Dam in West Auckland.

"We were traveling at about 70 km / h (the speed limit) [when they passed]. There are no excuses for this, you are putting lives at risk.

"You deserve to be named and ashamed in your community as well. This is just past the car behind us."

According to Cains, the driver had to overtake another car before deciding to leave and go around in a blind corner.

The stretch of road is notorious for the cars they try to overtake.

In a compilation video posted online, the recording highlights the life-threatening decisions that road users are making every day in an effort to outdo large trucks.

In incidents between 2015 and 2018, drivers can be seen within inches of a possible death.

The video of complications was described by viewers as a "horror film" and a "daily occurrence."