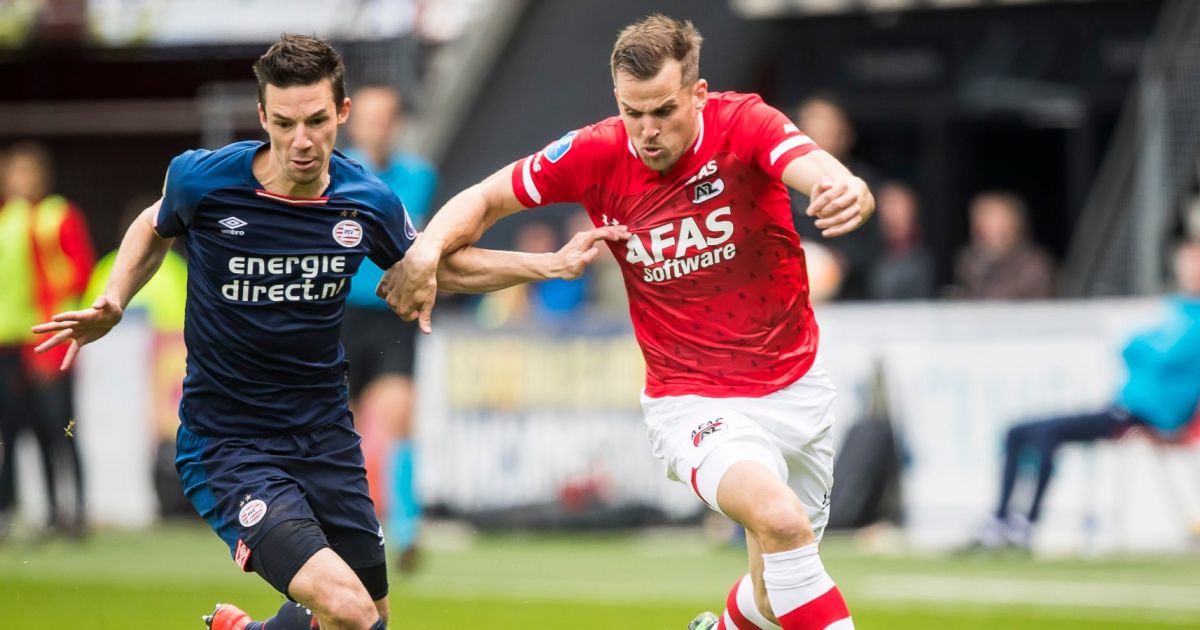 Bjørn Johnsen and Mats Seuntjens (photo) have been told by AZ that they can leave. Noordhollands Dagblad knows this. The two do not have to perform on Thursday in their first official training under new coach Arne Slot.

According to this Noordhollands Dagblad Johnsen and Seuntjens have time to look for another club. If they do not do so within that time, they will report back to AZ.

Vejinovic: "Looking for a club where I receive appreciation is not the case here"

Johnsen was removed from ADO The Hague last summer. The Norwegian international has signed a four-year contract. Johnsen (27) was at the base of the Eredivisie only seven times. Apparently, Arne Slot, John van den Brom's successor, does not see this as a problem.

Seuntjens (27) has played a lot in 2018/19. Van den Brom used to use him as an attacker in the absence of suitable alternatives. Finally "Seuntjens sees no role in the base team". Former NAC Breda player still has contract until mid 2020.

Clasie
Football affairs director Max Huiberts confirms that AZ is in the market for Jordy Clasie. "We are talking to each other," he is quoted. Clasie is still a steady season in his current employer Southampton. Last year, the inspector was sent to Feyenoord.

Update 09.28: Through the official channels, AZ confirms on Thursday morning that Seuntjens, Johnsen and Marko Vejinovic are absent in the first practice session. The trio was told that they have less perspective on playing time. They have room to look for another club. "

Eer Peer Koopmeiners
❌ Idrissi (due to the African Cup)

? Seuntjens, Johnsen and Vejinovic have been told that they have less perspective on playing time. They gain space to look for another club.#AZ pic.twitter.com/1EJqCwW3FZ