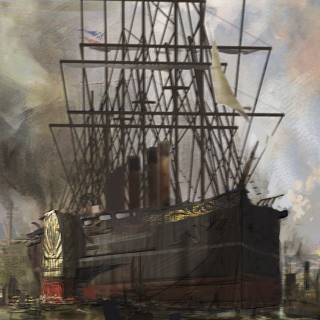 Many Anno fans are already doing the countdown because in just over two weeks with the Anno 1800 a new part of the famous citybuilder franchise will be launched. The launch of the Anno 1800, however, seems to have a few feet on the ground. And then we do not refer to the various delays with which the Anno 1800 had to deal.

Last week we already reported that Ubisoft canceled the physical version of the Anno 1800. In the digital field, too, it is not hosanna. Although you can still buy the Anno 1800 via Steam, the game will no longer be available for sale on Steam on April 16th. From the release, the Anno 1800 will be available only through uPlay and the Epic Games Store, Valve's new Steam challenge.

This has no consequences for those who decide to pre-order the Anno 1800 via Steam. Ubisoft has announced that the owners of the Steam version of Anno 1800 will also have access to all updates and content to download via Steam:

Sales of the Anno 1800 will be discontinued on Steam after April 16 due to the publisher's decision to make the game exclusive to another computer store.

The publisher has assured us that all previous sales of the game on Steam will be honored on Steam, and Steam owners will be able to access the game and any future updates or DLC via Steam.

We apologize to Steam customers that they expected to be available for sale after the release date on April 16th.