Liverpool left Xherdan Shaqiri at home for the away game on Tuesday in the Champions League against the Red Star Belgrade.

The English club fears an enemy reception for the Swiss with Albanian Kosovan roots in the Serbian champion's stadium.

"We hear and read how 'Shaq' can be received there," says manager Jürgen Klopp on Liverpool's website. "We want to focus our attention on football and not have to think about other things, that's why he stays at home. "

"We are Liverpool, a great club, a football team, but we do not give a political message, absolutely not, we want the focus to be on this great game." Shaq "accepts and understands that he will not be involved in this duel, he is our player, we love him and he will play for us frequently, but not on Tuesday." 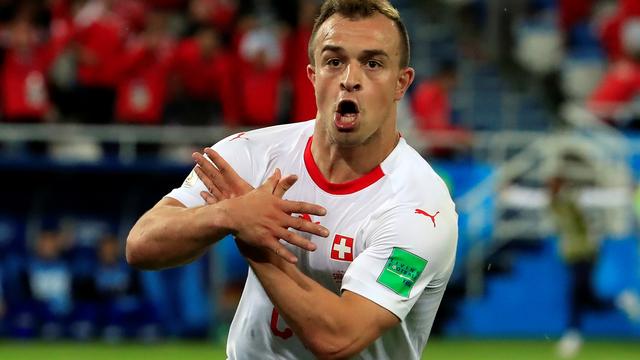 Shaqiri was discredited at the World Cup for cheering

Shaqiri was discredited at the Russian World Cup last summer because he celebrated his goal in the game against Serbia with a gesture that is seen as provocative. He portrayed with his hands the double eagle standing on the flag of Albania.

The striker has been constantly fired by Serbia fans because relations with Albania and Kosovo are still extremely sensitive. Kosovo has a large Albanian population but is not recognized as an independent state by Serbia.

The FIFA Disciplinary Committee fined Shaqiri a fine of € 8,600 for his "eagle gesture" in a match against Serbia due to political charges.

Liverpool won the home game against Red Star two weeks ago by 4-0. Shaqiri then played the first 68 minutes and gave the assist to the 2-0 of Mohamed Salah. The & # 39; Reds & # 39; are the leaders of Group C of the Champions League with six points. Red star is the last one with a dot.

Red Star Belgrade-Liverpool starts Tuesday at 6.55 pm. Virgil van Dijk and Georginio Wijnaldum are among the 21 teams in the biggest English club. Jordan Henderson (injured) and Nathaniel Clyne (sick) are in Liverpool as well as Shaqiri.

Watch the program and standings in the Champions League