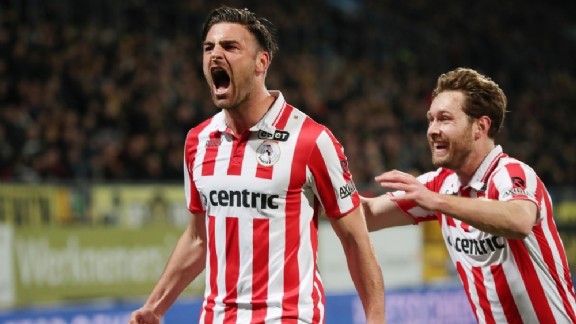 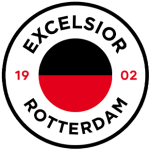 Sander Fischer returns to Excelsior, the Rotterdam club reports through the official channels on Tuesday. The 30-year-old defender signs a two-year contract at the Van Donge & De Roo Stadium. Fischer also played in the Kralingers' shirt between 2013 and 2016. In 2014, the routine doctor promoted him as captain with Excelsior for the Eredivisie. Last season he played for the Danish Vendsyssel FF.

For the residents of Rotterdam, the stay at the highest level has come to an end recently. In the semifinals of the Champions of the Kitchen Play-Offs, coach Ricardo Moniz's team did not match RKC Waalwijk. Fischer, however, begins his second spell at Excelsior with great ambition, as evidenced by his reaction to the club's website. "I really like that I go back to Excelsior. A good adventure (in Vendsyssel, ed.), But we have just won a little and, because of my family situation, I did not think football in Denmark was great. That's why I wanted to go back to Holland. "

"Of course it's a shame that Excelsior has been downgraded, but on the other hand this also offers new opportunities," Fischer continues his story. "Anyway, I like being back at Excelsior. When they approached me, we left very quickly. The club wanted me and I wanted to go back. I sign for two seasons, but maybe two more are added after that. You never know how things are going. "

Fischer can not be admired just in the field in the next two seasons. The central defender will support commercial director Daan Bovenberg, a former defender of the Excelsior wing, with his work in the office. "This is completely new to me," agrees the new member. "In this way, Excelsior offers me the opportunity to take the first steps in my social career. Also in this area I would like to put my shoulders on the wheel to help the club. I've known Daan since childhood and played together in the first. We often walk together from the bike center to the club. Now we both live in Kralingen, so who knows, we can pedal the two streets to the club together again.

A good move from Excelsior?