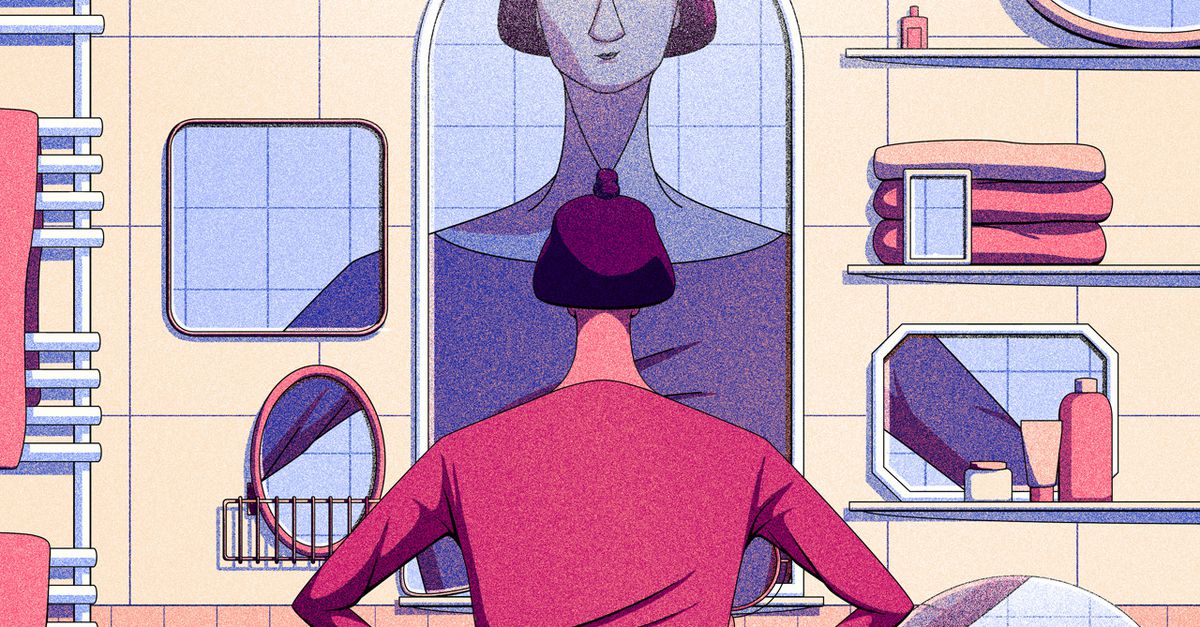 How wonderful to be admired. Get compliments or likes get for a selfie, the world loves you. Nothing wrong with that, right?

Developmental psychologist Eddie Brummelman (31), working at the University of Amsterdam, takes a different view. In Admire me! Surviving in a Narcissistic World he explains how narcissism arises and he arrives at several interesting conclusions. For example, he writes how children are easily placed on a pedestal by their parents and can develop narcissistic traits. In addition, children are not born with a narcissistic personality, but may develop gradually during childhood.

Brummelman, who has been researching narcissism and self-esteem since 2010, also makes a distinction between narcissism as a rare personality disorder – something that was added to the DSM-III psychiatric handbook in 1980 – and narcissism as a normal personality trait. "The former is not so common," says Brummelman. "Only in 6 percent of the population and then it is a pathological disease in which someone often suffers from anxiety disorders, depression and addictions."

Every Monday the best pieces about self-improvement and life issues.

Narcissism as a trait of everyday personality is much more common, he says. Everyone sometimes feels better than the other. It is normal for people to be inclined. "But when one feels constantly superior to another, you can speak of a narcissistic personality."

These people – Brummelman speaks more often about "he" in his book than about "them" because men generally have more narcissistic traits – often have difficulties and cause problems. "Narcissists have such awe that they spend all day working on the issue: do people find me as big as I am? If they doubt it, they can experience a lot of stress and anxiety." For example, University of Michigan psychologists in 2010, investigated the physical response to the narcissists' stress. "They have shown that they feel quickly threatened when they are in an assessment situation. His level of cortisol, a hormone released by threats, has gone up. " Another 2015 study from the University of Pennsylvania showed that the "network of pain" – a group of brain regions that goes into effect when someone is emotionally or physically injured – often more active narcissists. "If a narcissist is suddenly rejected or excluded, he or she will literally experience it as pain."

However, someone with a narcissistic personality will never admit this suffering. On the contrary. "They embrace their behavior and see their superiority not as a weakness, but as a force." The reason narcissists often aspire to functions with a hierarchical structure, where they are at the top. "If you put that person into a new group, most people will love that person. After all, he is self-confident and charming and gives the impression of being a good leader." However, that first impression crumbles over time. " work situation, the group ends up exchanging less information with each other. A narcissist would like to cut all knots. This interrupts the group process. Moreover, after some time, it is discovered that such a leader can react explosively if he does not receive sufficient attention. "

This also often leads to problems on a personal level. For example, people with narcissistic personality often have difficulty developing a close relationship. "This often leads to a struggle within a relationship. Since the relationship lasts a little longer, it becomes really difficult, especially when it comes to admitting certain imperfections." Narcissists are often less loyal to their partners. They feel they are well on the market and that every new relationship offers the opportunity to stand above the other. "

Narcissists often put selfies, a taste is also a compliment

How does narcissism arise? According to Brummelman, it is in part hereditary, but, he says firmly: no one is born narcissistic. "This does not happen in infants and young children." According to him, it only appears for the first time when children are about seven years old. "At that age, they learn to make a global judgment about themselves," I like myself. "Moreover, they can compare themselves to others and use that to judge." Important, because around that age it is also "It points to the movement of self-esteem – nourished by psychotherapist Nathaniel Branden and writer Ayn Rand – who originated in America in the 1960s. "People had to feel special, that would solve many social problems. The idea was to praise the children every time and tell them over and over again how wonderful they are, so they would start to believe it. " That vision has now become commonplace. "You can still find it in many parenting and self-help books."

It is true that children need self-esteem, but "excessive pricing" is not the way, Brummelman says. For example, a parent sometimes seems to say something intuitively that has the opposite effect. "We want to give a child a good feeling about himself, for example, by giving him an extremely positive compliment:" What you have unbelievable made a beautiful picture. "But if you compliment kids in such a swollen way, it ends up contributing to low self-esteem."

Anyone who has said "something incredibly good" may be five minutes proud. "After that, you think you always have to behave that way to gain recognition again.This is unrealistic.If children get such praise, they may be even more disappointed in themselves.In the end, children develop self-esteem healthy when they feel hot and feel that their parents are really interested in what they do. "

But what about the adult narcissist? A difficult question, says Brummelman. "The narcissists are not going to change their behavior quickly," he said, "only if they experience a lot of stress, maybe they go to the psychologist. and pressure on performance in many companies does not make things easier. This suggests that narcissism is good for you: if I do not claim what is mine, others will receive the appreciation that I deserve. This attitude is also encouraged with growing children: they have to go to a good school, take good grades right away and have the feeling that they always have to stand out from another person. "What about social media? "We can not prove that narcissism increases as a result, but we know that narcissists post selfies more often on social media than others. as after all, receiving feels the same as receiving a compliment in daily life: both activate the reward centers in the brain. It makes you feel exalted for a moment over another person. "

There is still hope, says Brummelman. Because narcissism is based on certain basic beliefs that people develop in their youth, it can also be unlearned. With the help of friends or partners, he believes that narcissists can really control their feelings. In his book he provides two strategies for this. For example, a narcissist's sense of superiority may diminish when he or she practices to look more to oneself. "By analyzing how you used to do things and thinking about your personal growth, you learn how to improve things on yourself, which reduces the need to be always better than someone else." Building close and warm relationships can also help a narcissist "With an intimate, long-term commitment, feelings of superiority can weaken and give way to reciprocal feelings of love." In addition, the first step should be for one to be in the position of someone else. "

Read too: Friends' opinions are the most valuable


And yes, that's the problem. Because how do you get a narcissist to have a compassionate attitude? "This is difficult. We now know that bad empathy with narcissists is not a matter of not can but not would you like. A narcissist has the ability to empathize, but will not use it quickly. We must therefore continue to work for a society in which people do not have to constantly stand on a pedestal. It starts with our children. "

A version of the