Microsoft makes test versions of its new Edge browser based on the Chromium engine available for Windows 7, 8 and 8.1. The trial versions for Windows 10 have been released since April and later also versions for MacOS.

The preview builds of the Microsoft Edge Canary channel can now also be downloaded to the older versions of Windows. This version is updated almost daily. There is also a Dev channel with weekly updates, but this version is only available for Windows 10 and MacOS. The beta channel should also be activated soon, in which the versions have a six-week interval. It is not yet known when the new Edge browser will reach the beta stage.

Microsoft writes that the functionality of the trial version of the Edge browser in older versions of Windows is about the same as Windows 10. The browser creator does not mention the difference. Microsoft has promised that the new version of Edge will be available for all versions of Windows that are still supported. Now that there are also versions for Windows 7, 8 and 8.1, this promise has been fulfilled.

At the end of last year, Microsoft announced a new version of Edge based on the Chromium engine. The browser receives an Internet Explorer mode in tabs, compatible with IE11. Tweakers published a preview of the new Edge browser in April. 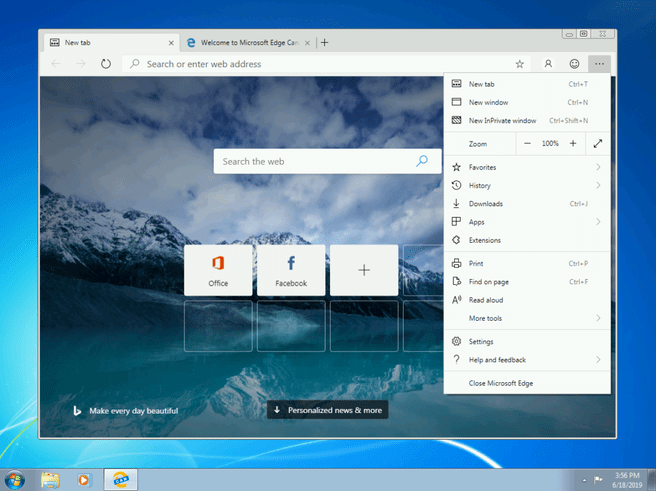