A team of neurologists at Charité Universitätismedizin Berlin and the University of Cincinnati made one of the greatest neurological discoveries of the year. Because they could finally figure out what's going on in their brain just before death.

Just before death, the brain creates a huge wave of electrical activity. They call this phenomenon "brain tsunami." As soon as the storm is over, death is inevitable.

This research was termed "Terminal Depolarization Spread and Electric Silence in Brain Death". It was published in the Annals of Neurology. This study made two huge discoveries.

First, they found that our consciousness can remain active for several minutes longer than the rest of the body. Second, they found that this delay is associated with a greater chance of reversing the apparent death process. This is possible during those few minutes of active awareness in an inactive body.

As test subjects, the team of German and American neurologists used nine patients. They came from Germany (Berlin) and the United States (Cincinnati). All patients had irreparable brain damage due to accidents, strokes or heart attacks.

That is the reason that all doctors and researchers have agreed with these patients not to resuscitate. But to make sure it was okay to resuscitate these people when they needed them, the researchers first had to get permission from the patient's relatives.

They wanted to study brain activity. Then they put electrodes on the surface of the brain. Here the greatest aim was to investigate all things that played a part in brain death. In addition, they also wanted to know what neurological events occurred during those periods.

And they really did! They were able to directly observe this so-called "brain tsunami". They observed the wave of electrical discharges that went through the entire brain and caused irreparable damage. For our brain cells, this is the beginning of the end. It is the very moment when they will be deported forever. And this certainly leads to death.

A brain tsunami can occur five minutes after the heart stops beating. So it looks like our neurons can continue to function even without heartbeat. But as soon as his heart stops, the neurons slowly begin to lose their electrochemical capacity. Scientists call this phenomenon neuronal depolarization.

Why is this happening? Our neurons need oxygen to continue to function properly. Blood no longer reaches the brain. Neurons can not get that fuel anymore. Then they will use their energy reserves. This is how they can continue working for a few minutes before closing completely.

"After the circulation is interrupted, the depolarization takes over the loss of electrochemical energy stored in the brain cells and observes the onset of toxic processes that eventually lead to death," says Dr. Jens Dreier. "It is important that it is reversible at some point when circulation is restored."

This slow decline in power leads to a series of toxic processes. Eventually, they cause necrosis and the cells die. But just as Dr. Jens Dreier says you can reverse the process if you can restart the bloodstream.

That is why experts have come to the conclusion that there is an agreement between brain death in animals and humans. They also said that there is a period of time when it is theoretically possible to make the brain function again.

The brain is one of the human organs we still know least of all. But many important steps have been taken in the past ten years. This is mainly due to neuroimaging techniques. Their main finding "could lead to better diagnostic procedures and treatment methods in the future," Dreier said.

According to the University of Miami, brain death is "the irreversible paralysis of all brain functions." But now scientists are not 100% sure about how to make the diagnosis. They also do not know at what precise moment we lose consciousness before death.

That is why this research was such an important step. Because it can really help develop strategies for heart attacks and strokes. The results of this research give us surprising and hopeful information about the neurobiology of death. So, can we save someone who just had a heart attack from a brain death? 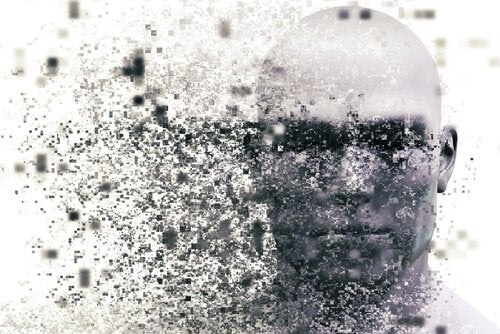