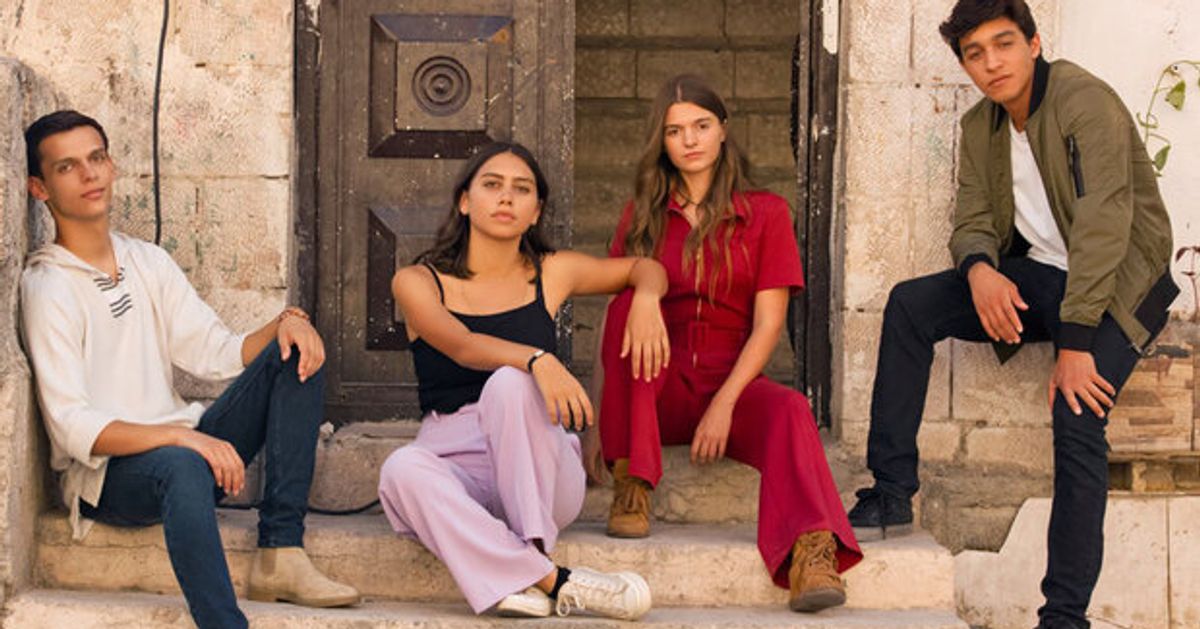 SERIE – From Amman, Branca, to the ancient city of Petra, Rosa, "Jinn", the newest production of the American giant Netflix, takes us to the daily life of a group of almost common teenagers … to a detail: they are hunters of "jinn" (beneficial or evil spirits, ed). In this frenzied search for good versus evil, the record of the supernatural is mainly used as a pretext to approach, in a very timid manner, more realistic themes based on the lives of these Jordanian teenagers: nascent love, friendship, and transition into adult life.

For its first Arabic production, Netflix spared no means to provide audiences in the Middle East (and the world) with an unusual series in the regional audiovisual landscape, and to fill the lack of local content that contained Netflix in its Arab conquest . Taking advantage of the supernatural and "teen-movie" wave, "Jinn" follows the lives of a group of high school students confronted with two powerful and mysterious jinn launched into nature. One wants to harm humanity and sow discord in the lives of these young people in the beautiful districts of Amman, to push some into their entrenchments. The other wants to reign justice, order and good.

These creatures of Arab and pre-Islamic mythology fascinate and shape popular and imaginary beliefs, and Netflix understood it well. "In the Arab world, the mythology of the geniuses is probably the most mysterious and most prominent. Even if it's millennial, our culture is always impregnated, so why not integrate it into the daily lives of a gang of teenagers in modern Amman? what would happen if we mingled the supernatural with the rather normal life of these young people who have setbacks, little worries every day, "says one of the directors, Jordanian-American Amin. Matalqa, in HuffPost Morocco, during a meeting in Jordan organized for the preview of the series.

If the production is under the aegis of the Americans, the screen is Arabic, but it lends very western codes, although the directors and the executive producers prohibit it. "This series is, above all, an opportunity to show an interesting vision of certain realities and how the youth of Amman face contemporary problems," insists the director. However, in "Jinn," heroes follow almost every command of the "American high school drama": they attend a high school in the capital, smoke, drink alcohol, insult, defy parental authority, flee, touch, kiss.

Mira's main heroine, brought to the screen by Salma Malhas, hangs out with Fahed, a rich, popular and respected bad boy from the American school, whom she does not hesitate to reshape at the earliest opportunity, using a "girl powerHowever, we welcome the positive message that calls for sexual consent in a scene in which she refuses her boyfriend in the middle of the night at an impromptu party in the ruins of Petra marked by the disappearance of her mother and brother, she lives with a loving father to whom she blames the lack of authority.His existence will turn upside down with the arrival of Keras, a prisoner of the jinis in the body of a young Bedouin, who entrusts to him the high mission of " humanity".

In front of her, Yassin, a scapegoat for the school heads, is a sharp-skinned boy who lives with an irresponsible mother, married to a vulgar and violent man. Sensitive and reserved, he seems to be wearing a costume too big for him: the adult child instead of the adult. "Yassin is a stranger, we all had difficult situations with not-so-cool colleagues at school, he represents all those young people who are martyred in high school, at home, in everyday life. kind of situation that we should not hesitate to ask for help when they feel the need. And, above all, make it clear to stalkers of all kinds that their actions, even the smallest ones in their eyes, can lead to serious consequences, "says Sultan Alkhail, the interpreter Yassin.

As he is trapped in a cave in Petra, having been humiliated by his companions, he is saved in extremis by Vera, a mysterious student a little bad butt which, very quickly, will captivate you and make you switch to the forces of evil. "Actually, I do not like to imagine my character as the villain in the series, it's deeper than that. Vera is good to her, she's on the side of the victims and tries to help Yassin get revenge on those who hurt him, to get justice Even though it is true that he has used violence and had lamentable behavior, Aysha Shahaltough acknowledges, the young rising star in the series.

With such characters, who are of the order of the politically correct in the world of the Western series, it will, however, be very complicated for some of the Arab public to identify with them. In Jordan, a country with an English-speaking tradition, where many international and private institutions are established, only a small percentage of young people attend these overpriced establishments, often in the heights of Amman, far from the bustling center of the city. To create the characters in the series, the team interviewed about a hundred teenagers from these schools about subjects that interested them. "It was mainly about love, friendship, nights with friends, relationship with parents," says one of the executive producers, Elan Dassani.

Actors attending pensions and other reputed schools, however, recognize: this series does not represent the lives of all young people in Amman, only a small number of privileged. "It's very similar to the school where I was, famous, but still a social mix between very rich people and people of the upper middle class," said Amin Matalqa.

In the preview of "Jinn," where the all-Amman moved to see the opening hours of the series, reactions were mixed. Some predict a success, others, more cautious, fear very conservative reactions in local, but also regional. For the creators and executive producers Elan and Rajeev Dassani, two Americans, was first and foremost a close and authentic series, with characters who behave on the screen as in everyday life. Even though it is unlikely that high school students will be able to organize, in real life, a clandestine night and drink vodka doses around a campfire in the highly protected and guarded ruins of Petra.

"We are well aware that the series has scenes that can be perceived as very controversial, but it is a risk to be taken in. This is the reality of many teenagers, but these scenes may be shocking because they are absent in many local films and TV series "says Rajeev Dassani.

The presence of alcohol, drugs, scenes with violent content and the use of a coarse vocabulary on the screen could have provoked a great controversy, but are two scenes of kisses, stealth and innocent, that will shake the specter sanctions on the series. Some time after being brought online on June 13, a Jordanian prosecutor asked the division in charge of cybercrime, linked to the Jordanian Interior Ministry, to conduct an investigation into those few seconds on the screen. where Mira kisses not one but two different boys. "Obscene and offensive images" for this lawyer who called on the competent authorities to take "the necessary measures immediately to stop the transmission", reports The Jordan Times.

In the suit, the Jordanian Media Commission split a statement saying it had no control over the production of the series and that its role as state censor did not apply to streaming. On the other hand, the Royal Film Commission (RFC), state agency, also stated, through a tweet, that it can not sanction anything.

"All this controversy and interest in the events of a series that is not a documentary is a source of energy wasted by many Jordanians, rather than seeking solutions to the real problems of the country. We will respect people and their differences, because Jordan has space for all categories, beliefs and lifestyles as long as they are peaceful. Enough! "wrote Prince Ali Al Hussein, chairman of the RFC and a member of the Jordanian royal family.

In many tweets, many Internet users report a series that promotes black magic, incites debauchery and staged characters particularly "vulgar and unrepresentative of the country's youth." Others even blame the actors for insults and threats, prompting Netflix in the Middle East to react to the Twitter clamor, calling the controversy "a wave of intimidation," adding that the show was about "universal themes" that "could be considered provocative ".

"Our position has always been about diversity and inclusion. We are therefore working to provide a safe space for all series and film fans in the region," insists the platform.

For the time being, if the controversy continues on social networks between conservative Jordan advocates and advocates of individual and youth freedoms, and that Jinn's return to a second seizure seems uncertain, Netflix proves that the famous "parable of the moucharabieh, "the art of hiding to appear in his favor and protecting an exacerbated social hypocrisy, still has good days before in Arab countries. The American platform offers, in passing, a great propaganda in the Jordanian tourist office.