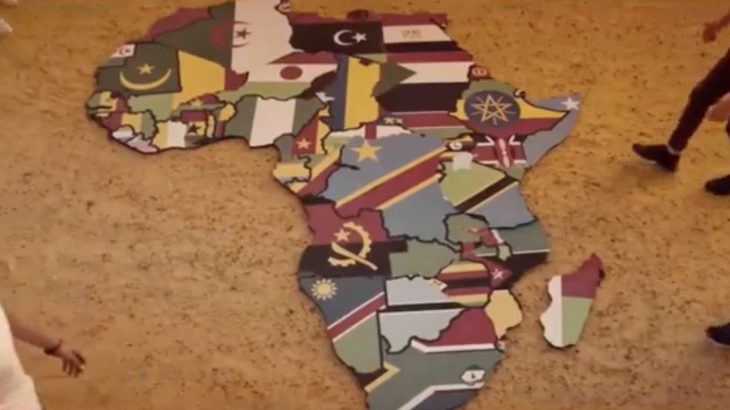 Published on Thursday, June 20, the official clip of the African Cup of Nations (CAN 2019) was already scandalous during all those early hours. Towards the 4th minute of the video, with a map showing the complete map of the continent, Morocco is represented without its Sahara, paving the way for the pseudo-RASD flag.

The reaction will not be long. The Egyptian organizing committee of the African Cup of Nations (CAN) 2019 apologizes to Morocco in an official letter. In a letter signed by Hany Abu Rida, director of Egypt's organizing committee, he apologizes to the Moroccan authorities, the Royal Moroccan Football Federation and the Moroccan public for the "involuntary error" that led to his presence there. ticketing platform tazkarti.com and in the official clip of the competition of an "unrecognized" flag, it is understood the Polisario.

"The organizing committee is fully respecting the Moroccan brothers, the Kingdom of Morocco and their national sovereignty. The committee is convinced that this incident will have no effect on the relations between the sports federations of the two countries and their audiences," the source added. 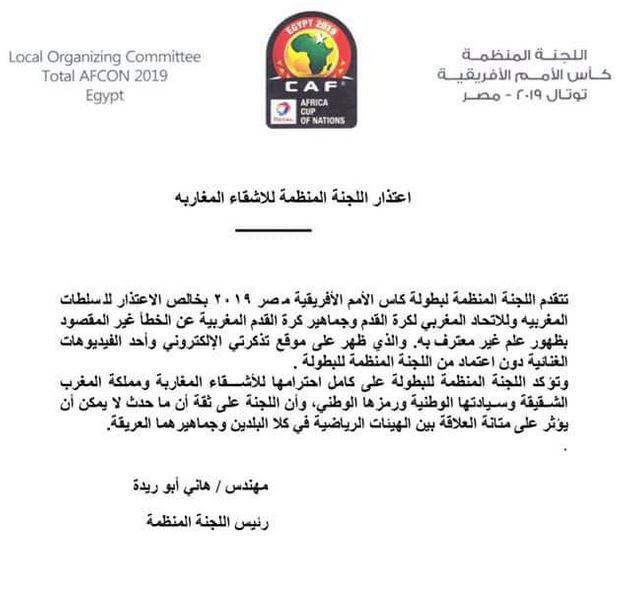 "All Together" is the official song of CAN 2019 by popular Egyptian singer Hakim, surrounded by Nigerian Femi Kuti and Ivorian Dobet Gnahoré. In one of his plans, a map of Africa where we can see the map of Morocco truncated and where is the SADR flag. The clip was quickly removed from CAF's official accounts and rectified on Friday, June 21 after the big scandal.