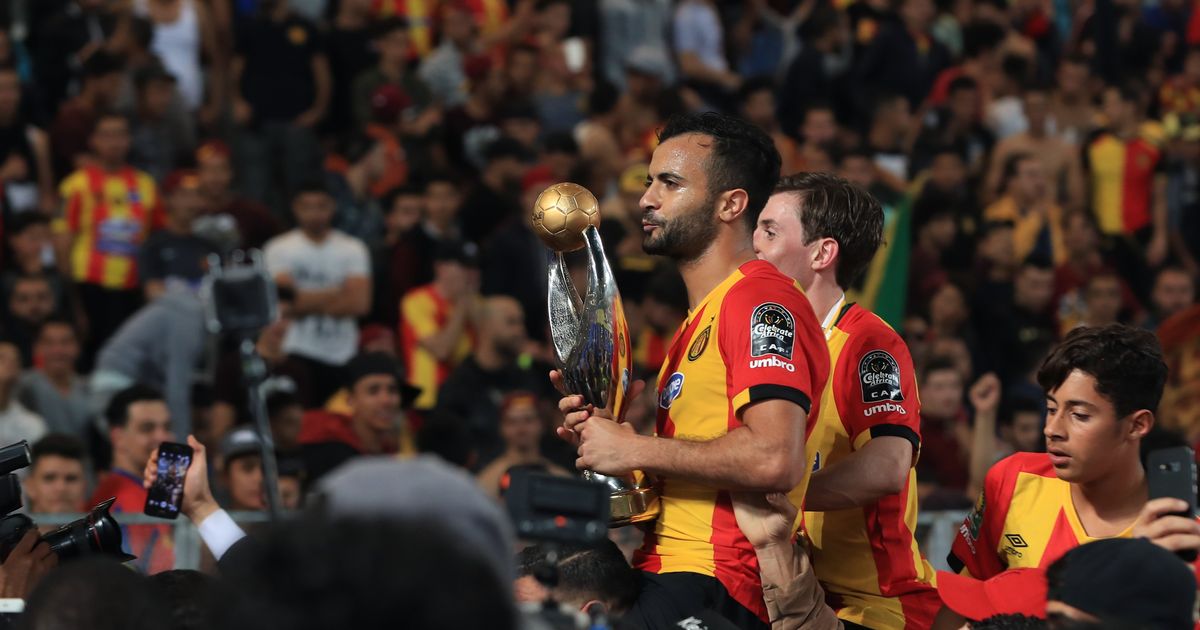 FOOTBALL – "Historical rematch", an expression that comes back in most of the Tunisian press published on Saturday, November 10, after the feat of Espérance Sportive de Tunis, which won its third trophy in the league of African champions. at the expense of Al Ahly (3-0), Friday night at the Stade de Radès in the final return.

This coronation is in the headlines of all national newspapers, most of which are decorated with blood and gold and the photo of the prestigious and coveted Esperanto family trophy led by club president Hamdi Meddeb. and the head of government, Youssef Chahed.

Under the title "Remetada", the Arabic daily "Al Sabah" underlines that "Ahlaouie's domination has stopped." Thanks to this great 3-0 win, Esperance proved that it is currently the strongest team on the African continent. This third win in the Champions League came at just the right moment when the club celebrates its centennial.

"Congratulations to the red and yellow fans for this feat that will bring them to the world cup that will soon start in the United Arab Emirates," adds the author of the article.

"This is the best centennial gift," says another Essabah article. All of Tunisia covered the colors of blood and gold to support this general public of Hope. The final of yesterday (note: Friday) between Esperance and Al Ahly was rich in all areas.

Esperance reached a historic victory despite the events of their first match at the Borj El Arab stadium in Alexandria, scoring 3 goals at 0 at a Rades stadium, full of fans we had not seen for years. Blood and gold found great support among all Tunisians of all colors and affiliations.

"Al Maghreb" newspaper reports that the club's "Dean" was able to do so, despite the great injustice of the first leg that saw the referee whistle two imaginary penalties for Cairo to take advantage of the African Throne defeating Al Ahly Egypt in a final that will remain etched forever in the memory of the blood and gold of the general public and if revealed a news, that he is the best support of his team that he returned well in him offering the most precious gifts of the centenary.

Several players have distinguished themselves during this game and especially Saad Beguir adds the author of the article, paying special tribute to the great work done by Mouine Chaabani, the club's son who in turn went down in history by becoming the youngest coach to win a continental title. "

Under the title "Hope for Africa Champion for the third time", the daily "Echourouk" congratulates Tunisia for the severe defeat inflicted on Al-Alhly of Egypt and for me a trophy erected by Hope Sweat ahead thanks to the determination of the men who took their revenge of the club Cairote that planned to steal this precious title ". Hope deserved its crowning and proved once again that the continental "ogre" can get sick, but it never dies ", adds.

Find the HuffPost Tunisia in our page on Twitter.