The most expensive painting in the world is sailing on the Saudi Prince MBS yacht? 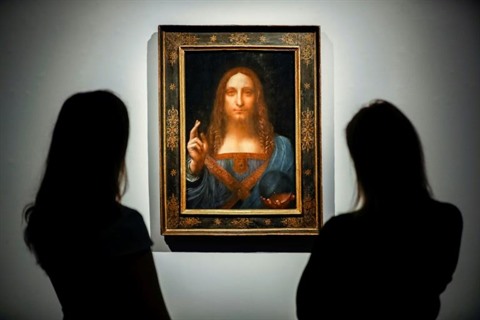 The most expensive painting in the world would be sailing on the yacht of Saudi Crown Prince Mohammed bin Salman? A specialist in the art market believes he has located Leonardo da Vinci's "Salvator Mundi", missing since its purchase by a dizzying sum for a year and a half.

The work attributed to the Renaissance master was purchased for $ 450 million at an auction held in November 2017 by Christie's, adding all the records in the art market. Since then, the 65cm x 45cm painting, where Christ emerges from the darkness, blesses the world with one hand while holding a transparent globe in the other, has never been shown in public, raising questions about his buyer. , its location and even its authenticity.

Some scholars have judged that this could have been done by Leonardo's disciples and not by the master himself. Officially, it was purchased to complete the collection of the Louvre Abu Dhabi. According to Wall Street Journal, the buyer is, in fact, Saudi Prince Badr ben Abdallah, acting on behalf of the powerful Saudi Crown Prince Mohammed ben Salmane, dubbed MBS, which he never confirmed or denied.

Kenny Schachter, a collector and art dealer based in London, reinforces Monday, June 10, this supposition on the site Artnet.com, dedicated to the art market. "Apparently, the work was shipped in the middle of the night on the MBS plane and installed on its yacht, the Serene ", he writes, citing multiple sources, including two involved in the transaction.

"The painting was found in rags – divided into five parts, had to be attached during its restoration (…). What harm could it do to him with a little salt water?he joked in his gallery. For the expert, the painting will remain at sea until Saudi Arabia manages to turn the Al-Ula region into a cultural site that attracts international tourists. Earlier this year, international musicians had performed there in a glass auditorium erected in the middle of the pre-Islamic ruins of this desert area in northwestern Saudi Arabia.