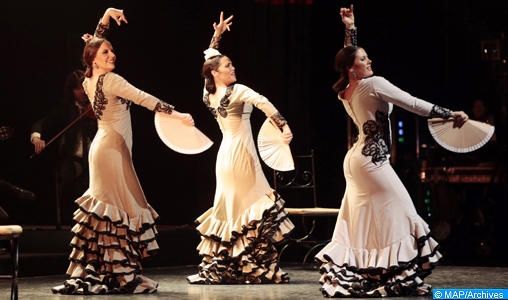 Rabat – The Flamenco Ballet of Andalusia, inaugurated on Friday at the Mohammed V Theater in Rabat, the Mawazine-Rhythms of the World Festival (21-29) with a masterful show that celebrates the splendor of flamenco art, offering time for & # 39, a show full of color and emotion, a musical journey to the heart of Andalusia.

As in previous editions, the Mawazine Festival, which celebrates its 18th anniversary this year, offers for this opening night a group of world music personalities representing different styles and genres of music, ranging from the West to the West. eastern, through Moroccan and African music.

Thus, on stage OLM-Souissi, the phenomenon of Spanish music Rosalía and the undisputed star of reggaeton J Balvin grate fans of Western music for an unforgettable and unprecedented concert with unique streams and mix of eclectic music.

On the eastern side is the Lebanese Diva with more than a dozen albums, Carole Samaha, who will open the ball on the stage of the Nahda, alongside the Moroccan star Mohamed Reda, who managed to beat the national and Arab artistic scene.

Regarding the African scenario, Bouregreg, the audience will be in the encounter with the only South African group, BCUC, that navigates halfway between free jazz, hip-hop origins, dissonant Stooges and the balanced energy of James Brown .

Back in the Moroccan Song, the Salé scene will be set in the rhythms of the biggest stars of Chaabi music with Mustapha Burgundy and Zahira Rbatia, the time of a festive night like no other.

Placed under the High Patronage of His Majesty King Mohammed VI, the Mawazine Festival ranks second among the greatest musical events on the planet. This event remains faithful to the previous editions, proposing an increasingly eclectic, transgenerational and free program for 90% of its festivals.

Mawazine is the most entrenched festival in the history of Morocco, thanks to a plural program that knows, with every edition, to reach the maximum audience, every generation. With an audience of over 2.5 million festivals in 9 days of shows and 7 stages in the cities of Rabat and Salé, the Festival has been ranked as the second largest musical event in the world.

Offering a rich and distinctive programming that brings together internationally renowned artists from here and elsewhere, Mawazine makes its host cities a true crossroads of the planet's rhythms and musical traditions.