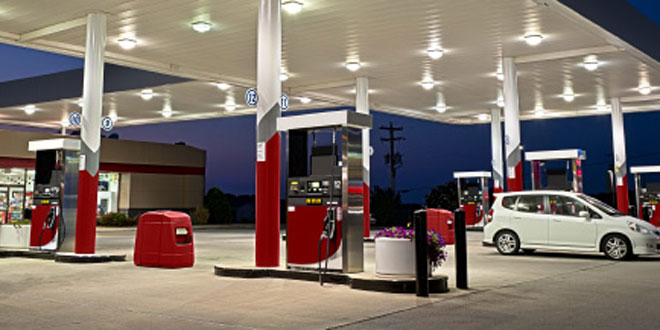 Little relief for the bomb attendants. The parliamentary groups of the majority heard his case and introduced in the proposed finance law the long-awaited change: the stamp duty exemption. As of January 1, 2019, they will be exempt from the 0.25% stamp duty on transactions paid in cash.

It is an old sword of Damocles that weighed on the profession and that it took several service stations to battle against the fiscal administration for not perceiving this right. The difficulties caused by this tax, on which the tax authorities have become intransigent in recent years, have led the profession to activate their relays in Parliament.

"We also convinced the Ministry of General Affairs and Tax Administration of the difficulty of installing this tax at the level of our computer system, but also the disputes it generates with customers," says Jamal Zrikem, president of the Federation. .

Bomb clerks also need to deal with consumer protests unhappy with price levels. Being involved in the fuel distribution circuit, they are involved in drafting the draft decree on the margin limit. An initiative apparently abandoned.

"We are not immune to a turnaround and we can afford it, which is why we are asking for protection by decree. Reasonable margins should also be set so that service stations can cover their costs," says Reda Nadifi, GS of the Federation .

The range of stations currently varies between DH 0,32 and 0,38 per liter. "It did not change in 20 years, when Smig was 1,600 DH. As a result, most can not manage," said the secretary general. Three types of stations should be distinguished: those belonging to distributors, those that are duty-free and the third category, those belonging to managers. The first two are usually large and offer several benefits. This ensures a diversification of income. Small gasoline pumps, selling an average of 170 tons / month of fuel, would have problems.

"If they do not increase their margins, 50 percent of those stations will have to close down. Some with coffee in the local area can barely cover their expenses," says Nadifi. He added that the pumps are directly linked to the distributors who fix the fuel sales price.

No permission for minimum stock

In addition to the margin limit decree, which is still in stand-by, another application text on point of sale acquisition should also be published. A first draft was presented and then withdrawn to incorporate new provisions. But for now, no new version has been proposed to professionals. They return to the issue of the minimum stock they should have.

"This is a provision that should be applied exclusively to distributors, since they already receive a storage bonus of 150 DH / T per month for their strategic reservation. However, the law does not provide compensation for service stations to cover the minimum stock that represents a burden on them, "says the president. In addition to the lack of incentives, some small stores do not have enough space to install a reserve tank. And even in larger resorts, investments are needed to build a backup stock.

The draft decree will also define the responsibilities of all components of the distribution network in terms of quality, traceability, transport … A text that has apparently been forgotten by line ministries, General Affairs and energy.

The pompistas are not the only ones who were exempted from the stamp duty on the cash payments, noted by a receipt. The pharmacists also won.
Distributors of water and electricity, ONEE, supermarkets, passenger transporters, etc., remain responsible for the stamp duty. Customers generally find that their account is automatically increased by 0.25% in case of cash settlement. Some do not understand the meaning of surplus and believe that it is an extra margin.
The method of recovery, the procedure and the period of its declaration have been changed. Thus, as of January 1, 2018, the stamp duty paid on the declaration must be declared and settled through DGI's electronic platform in the month following its recovery and no longer in the quarter. A digital formality to avoid overwork.
More recently, several large companies have been straightened out by not applying the stamp duty on their cash settled transactions by their customers. Some had to pay reminders of several million dirhams. It was necessary to negotiate closely with the administration to find an agreement. Since then, things are in order, as the companies in question scrupulously guarantee the recovery of stamp duty on cash payments.