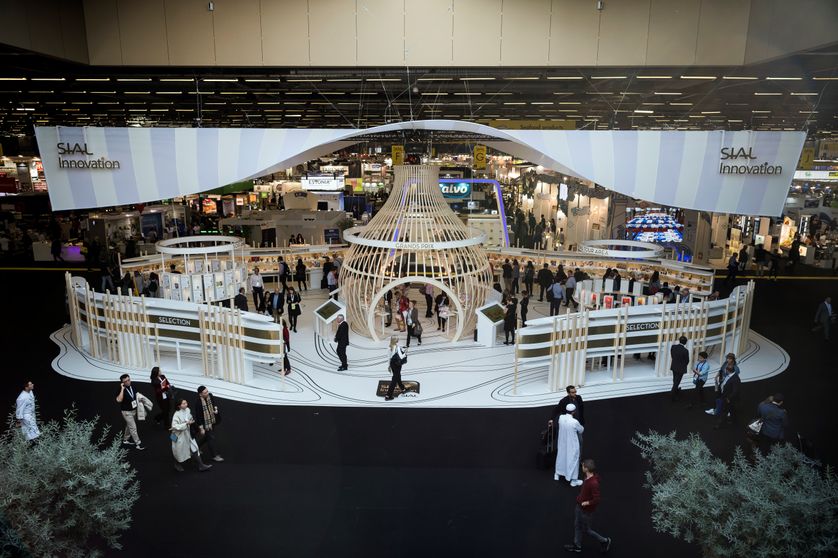 I will not talk about the economic aspect, even though Didier Guillaume, our new Minister of Agriculture and Food, said this week in Inter France that he " do not think that the French are willing to pay more for quality products … But many products that we will soon find on the shelves.

Great ambition for a little chronicle you might object if I had not consciously traveled through the alleys of SIAL, the International Food Exhibition that unfolded last week its biennial Paris. It must be said that the SIAL is not exactly a compromise like the others. Imagine 7,200 exhibitors, including 650 start-ups from 119 countries, 310,000 trade visitors and upcoming editions in Jakarta, Abu Dhabi, Toronto, Shanghai and New Delhi. Let's be clear, I'm not talking here about putting the beautiful organic carrots of your favorite short-circuit producer on the shelves, but about mass trends, those that will feed the vast majority of the world daily. And putting a product on the shelves in 2018 is not easy because, and this is the first good news of this SIAL, the passive consumer who has not asked questions about the content of their dishes and who swallowed it? Any product, as long as the advertising campaign is good, is definitely in danger. The supermarket customer of today and tomorrow is inexorably a user of various applications that are no longer traceability of questions or composition of products, and that requires full transparency. Message obviously received by manufacturers.

Is there any other good news that would further change the quality of the products on supermarket shelves?

Yes. Let's start with health. Many SIAL manufacturers have incorporated this dimension into their new products. Thus, for the first time in a long time, the National Institute of Agronomic Research set up a booth at SIAL and presented some of its research, including a magnificent chorizo ​​with 60% fat and 40% salt. any less. Another example is kefir, a beverage that comes from the fermentation of milk or fruit juice, which is rich in good bacteria, vitamins and proteins. Well, you will soon see several versions of this 100% natural and almost sugar-free product reach the shelves. The same goes for morning cereal for children who are clearly beginning a long process of sanitation.

So, transparency and health, but also massive arrival of the plant confirms the clear trend of decreasing consumption of animal protein. So great provocation of the American company Beyond the flesh, in French: "Beyond the Meat," which set up its booth in the heart of the meat salon with a myriad of hamburger photos all appetizing to each other but with a 100% vegetable steak. When we know that the two largest investors Beyond the flesh Bill Gates and Richard Branson, we can reasonably think that the idea must go its way and respond to changes in consumption that are not a trend, but a trend

in partnership with General Food: