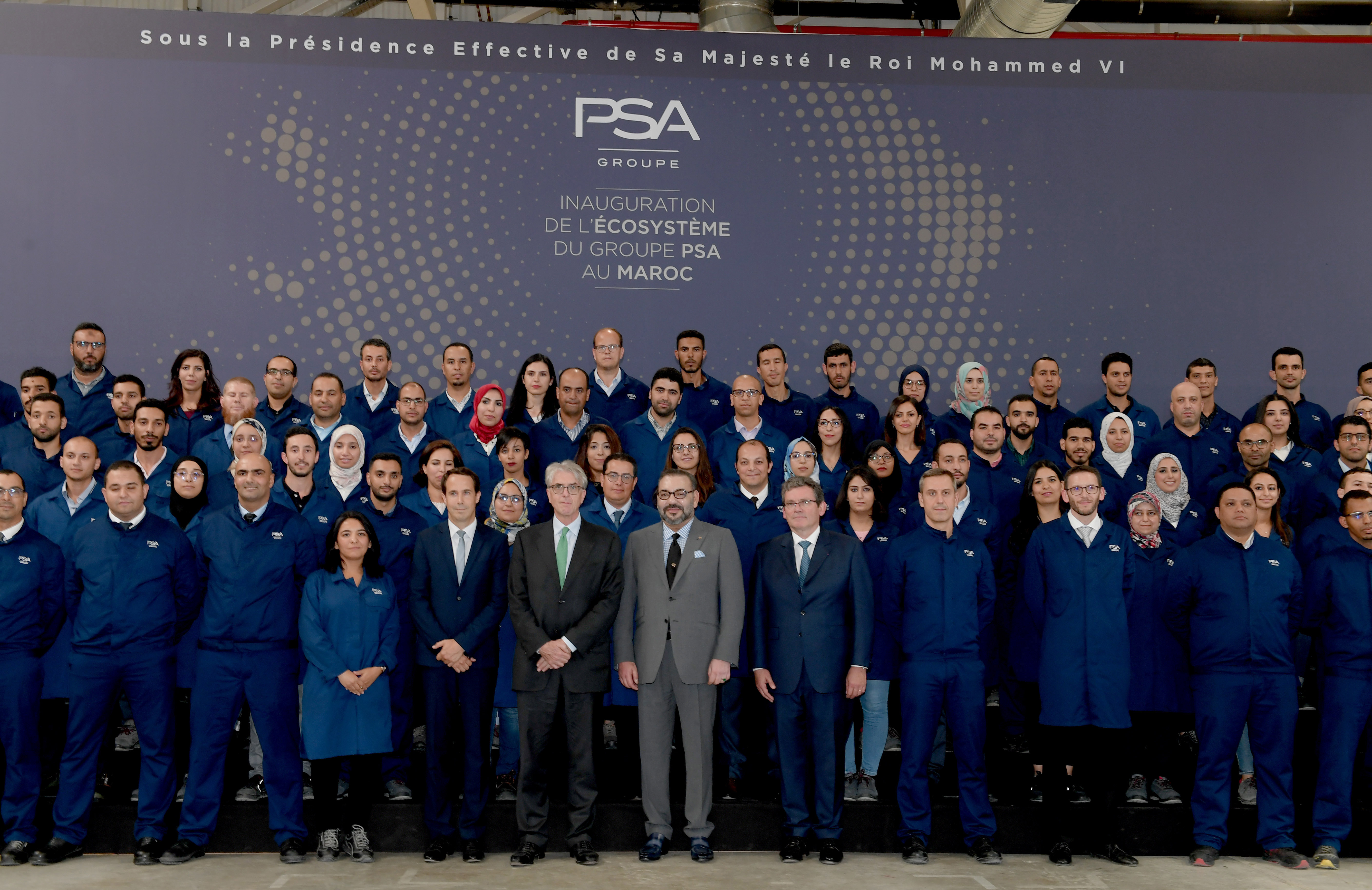 SHARE Royal Inauguration of the PSA Group Ecosystem in Morocco

King Mohammed VI presided Thursday at the opening ceremony of the ecosystem of the French "PSA" group in Morocco on the integrated industrial platform "Atlantic Free Zone" in the municipality of Amer Saflia (province of Kenitra).

On this occasion, Sovereign inaugurated the new PSA Group plant, with an annual production capacity of 100,000 vehicles and associated engines, and the beginning of the extension work of this state-of-the-art industrial complex. , whose production capacity will be doubled before 2023 – expected to reach this target – and which will eventually generate 4,000 jobs.

The inauguration ceremony began with the presentation of an institutional film highlighting the different stages in the realization of the PSA Group's ecosystem in Morocco, the impact of this project on the national automotive sector and the efforts made to ensure total success.

Moulay Hafid Elalamy, Minister of Industry, Commerce, Investment and Digital Economy, made a speech in which he stressed that, thanks to the decisive impulse and solicitude of the Sovereign, "The infrastructure, the PSA plant and the factories of its subcontractors were carried out under the agreed conditions and deadlines, "four years after the signing of the strategic agreement between the Moroccan State and the PSA Group on June 19, 2015.

Elalamy said on this occasion that the French PSA group invested 3 billion dirhams and plans to invest so much in its future projects in Morocco, saying that the new Kenitra PSA plant was designed to produce both thermal and electrical vehicles, thus consolidating industrial ambition of the Kingdom, but also the stated desire to make Morocco a model at the level of the continent in terms of sustainable development.

"The results recorded so far thanks to the implementation of the PSA are substantial," the minister continued, noting that the vehicles produced at the PSA plant benefit from an integration rate of more than 60 pc (80 futures), that 27 new factories from 10 nationalities have already settled in Kenitra, and that the R & D Center that originally would employ 1,500 senior engineers and technicians now employs 2,300 employees, 85% of whom are engineers.

PSA's purchases of parts made in Morocco reached 700 million euros for 2018, well above expectations, he added, noting that the € 1 billion purchase target will be realized before 2025.

And to add that the PSA plant inaugurated today benefits from the impetus of development that the Kingdom knows, thanks in particular to the high-speed railroad that now frees the tracks between Kenitra and the port of São Paulo. Tangier Mediterranean and the reform of vocational training that will improve the competitiveness of industrial ecosystems.

Meanwhile, PSA's executive vice president for the Middle East and North Africa, Jean-Christophe Quemard, said that the vision "to develop efficient economic ecosystems is now a reality for the PSA Group, with all its components, starting with the most important: the professional training of men and women who will make the future of the automotive industry with the promise of rich careers in this sector in Morocco.

Mr. Quemard recalled that Morocco is more than ever "at the heart of the growth strategy of the PSA Group, which is today one of the most successful automobile manufacturers in the world", noting that it is in the United Kingdom "that our Group has decided to create its Regional Decision Center, to develop a Research and Development Center integrated into the PSA Group's global R & D network and, today, a decisive industrial activity."

This ceremony was marked by the inauguration of the new Peugeot 208, a vehicle produced at Kenitra's factory.

The Ecosystem Structuring organized around the PSA in the Kingdom is a new success achieved in the automotive industry. An industry that thrives and achieves success. Exports in this sector, which currently employ a total of 189,600 people, doubled between 2013 and 2018, from 31.7 billion dirhams to 65.1 billion dirhams, making the automobile industry the Kingdom's main export sector. for the 4th consecutive year.