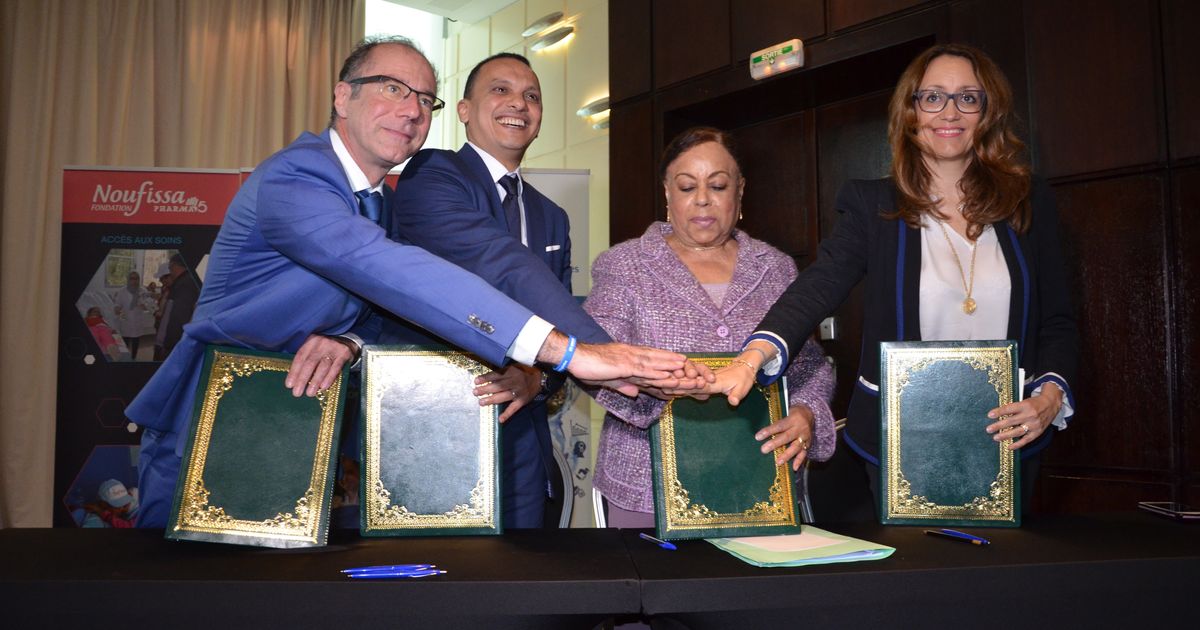 SOCIÉTÉ – "It is our duty to learn to live together as brothers," said Myriam Lahlou-Filali, vice-president of the Noufissa Pharma Foundation 5 on the occasion of the signing of a framework agreement for the benefit of refugees in Morocco on Tuesday in Casablanca. This partnership also brings together the United Nations Refugee Agency (UNHCR), the DFAIT Cooperation Department in charge of Migration Affairs and the Moroccan Family Planning Association (MPAF) for the benefit of refugees in Morocco to secure their access. care and better integration into society.

"As this is in our DNA, we will always campaign to provide access to care for as many people as possible," continued Myriam Lahlou-Filali. The announced initiative is part of the dynamics demanded by the National Immigration and Asylum Policy, in accordance with the instructions of King Mohammed VI to promote the access of refugees and migrants to health care and facilitate their socio-professional integration in Morocco, recalled the signatories.

The Noufissa Pharma 5 Foundation of the Moroccan pharmaceutical company Pharma 5 is one of its missions to provide vulnerable populations, including refugees, with solutions to meet their health needs. Thus, for this partnership framework, it is committed to donating medicines for the benefit of refugees and needy people worth one million dirhams over three years.

It will also facilitate refugee access to economic integration, promises its vice president. "Through the actions of the Noufissa Pharma Foundation 5, we pay special attention to refugees and their health, we want each of them to have access to quality care without discrimination.Through this four-party agreement, we are committed, at our humble level, to facilitate their access to care through this drug donation and to participate in improving their living conditions as much as possible, "said Myriam. Lahlou-Filali.

"This public-private partnership for refugees is the first in North Africa and is aligned with the Global Compact for Refugees, adopted in December 2018 in New York, to create more solidarity in the community.
responsibility of refugees at a time when the number of people forcibly displaced worldwide is at historic levels. UNHCR thanks the Noufissa Pharma 5 Foundation for its generosity and humanitarian commitment to the refugees, "said Jean-Paul Cavaliéri, UNHCR representative in Morocco at the press conference.

The Director of Cooperation of the Ministry Delegate in the Ministry of Foreign Affairs and International Cooperation, in charge of
(MDCMREAM), Ahmed Skim and Dr Zahra Mezian Ammor, President of the Moroccan Family Planning Association (AMPF) have also ratified the Partnership Convention, congratulating them on the generosity of the Noufissa Pharma Foundation 5.

The MPAF also recalled its daily commitment to refugee populations in Morocco and its work to raise awareness of the integration of young refugees in Morocco.