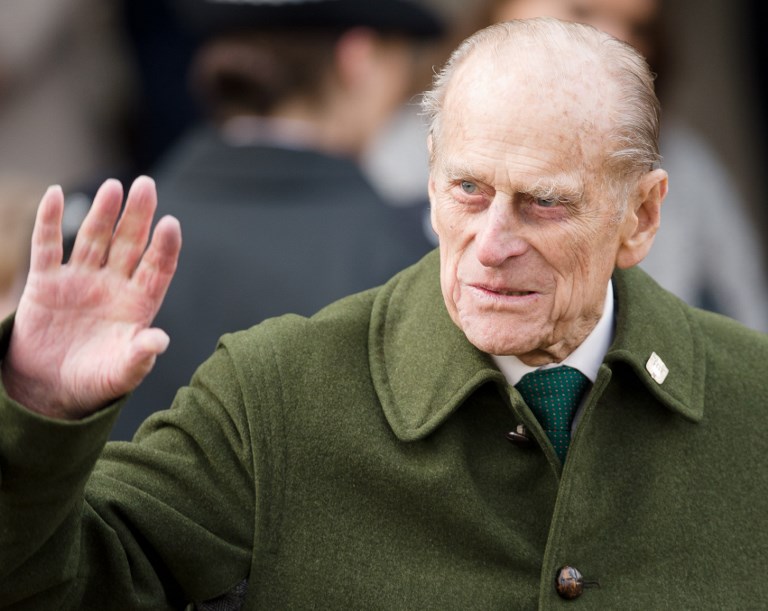 The BBC reported that Prince's Land Rover had rolled over to its side after leaving Sandringham to get onto a road and collide with a Kia.

"The Duke of Edinburgh was involved in a car accident with another vehicle this afternoon," a palace spokesman said in a statement. "The Duke was not injured, the accident occurred near the Sandringham estate."

Read also: Britain: 8 years in prison for wanting to kill his parents with explosives

Prince Philip was driving, then a palace spokesman told the British Press Association.

"He saw a doctor as a precaution and the doctor confirmed that he was not injured," she said.

Witnesses told the BBC that they helped Prince Philip get out of the car.

One of them, 75-year-old Roy Warne, told The Sun newspaper that the prince was taken from his "conscious" vehicle, but "very shocked and shaken."

"I saw the vehicle turn," the witness said. He ran to help clean the driver when he "suddenly realized it was Prince Philip."

A photograph of the accident site posted on the site of a local radio shows the two vehicles by the side of the road, one lying on one side with the broken windshield and the other a few meters ahead shrubs.

At night, Norfolk County police reported that, according to accident regulations, motorists had been tested for alcohol.

"We can confirm that both drivers underwent alcohol tests, whose results were negative," police said.

She said she was alerted shortly before 3:00 (GMT) on a "two-car collision," a Land Rover and a Kia.

"The Land Rover driver was not injured, the Kia driver suffered cuts while his passenger was injured in the arm," police said. The two women were treated at a local hospital before they could return home.

The Press Association reported that a passenger was in Prince Philip's vehicle and was presumably his security officer.

Queen Elizabeth II and her husband spend much of the winter at their home in Norfolk.

A character with a fiery temperament, known for his jokes that did not respect the political correctness, Prince Philip retired in August 2017 after having participated in more than 22,000 official public appointments since the wife's accession to the throne in 1952.

He married Princess Elizabeth on November 20, 1947 at Westminster Abbey in London. The couple celebrated their platinum wedding (70 years of marriage) in Windsor in November 2017 at Windsor Castle, about twenty miles from the capital.

During the last decade, the Prince has been seen driving on many occasions, often with passengers as Heads of State or Government and other international personalities.

So in 2016, in the company of the Queen, he took the former President of the United States Barack Obama and his wife Michelle for a walk around Windsor Castle after the landing of the Obama couple in a helicopter.

On the other hand, the Duke of Windsor continued beyond his 80 years to participate in piloting competitions, and once he stepped down in one of these competitions.

The prince told in an interview that he started competing when he left the polo at age 50 and that he had contributed in the following years to make this equestrian sport better known. .