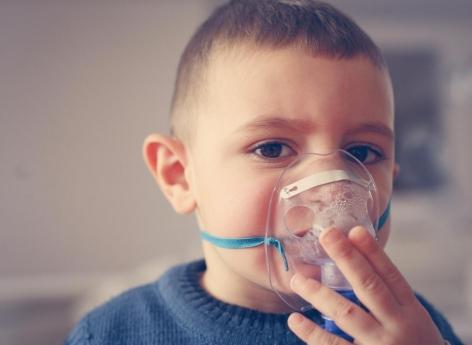 Rich in oily fish such as salmon and mackerel, and in some nuts and seeds, omega-3 fatty acids are known to prevent cardiovascular disease and contribute to the healthy development of the nervous system.

According to a new study, omega-3 fatty acids also play a vital role in lung health. This is highlighted by researchers at Johns Hopkins Medicine School in the United States. In his work published online in theAmerican Journal of Respiratory and Critical MedicineThey say a diet rich in omega-3s would reduce asthma symptoms related to internal pollution in children. These same studies suggest that a diet rich in omega-6 fatty acids (which are very present in sunflower oil, corn, grape seed and soybeans) could, however, have the opposite effect and worsen the symptoms of the disease. asthma, promoting inflammation.

An established link between diet and asthma symptoms

From sources such as cooking, household products, cigarette smoke, but also moisture and materials in which our homes are built, internal pollution has been identified as one of the triggers for childhood asthma. .

To measure their impact and determine how omega-3s can help reduce inflammation caused by asthma, the researchers followed up with a 6-month period of 135 children with 5 to 12 year old asthma residents in Baltimore. About one-third of children had mild asthma, one-third had moderate asthma, and one-third had severe asthma. The diet as well as the symptoms of asthma and the use of an inhaler have been taken into consideration. The researchers also collected blood samples to assess changes in inflammation markers each time participants completed the questionnaires. Finally, internal pollution particle counts were measured weekly in the homes of small participants.

The study found that children who consumed more omega-3s were less likely to have asthma symptoms, even with an increase in air pollution of up to 10 micrograms of particles per cubic meter. In contrast, the results showed that for each extra gram of omega-6 ingested, children were 29% more likely to be in a more severe asthma category. Children on a high omega-6 diet were therefore more likely to have aggravated symptoms without being more exposed to internal pollution. A higher amount of omega-6 in the diet was also associated with higher percentages of neutrophils, a type of white blood cell associated with inflammation in response to pollution.

For researchers, these results are important because they show that diet quality can influence the symptoms of asthma in children. According to them, many children in the United States have a very low omega-3 diet while consuming large amounts of omega-6-rich foods, which corresponds to a typical American diet.

They also acknowledge that many places where low-income people live are food deserts, where healthy foods with high omega-3 content are very expensive. These food deserts are also areas where most people with asthma live. According to the researchers, therefore, access to healthy food should be a key step in reducing health inequities and addressing disparities, whether in Baltimore or elsewhere.