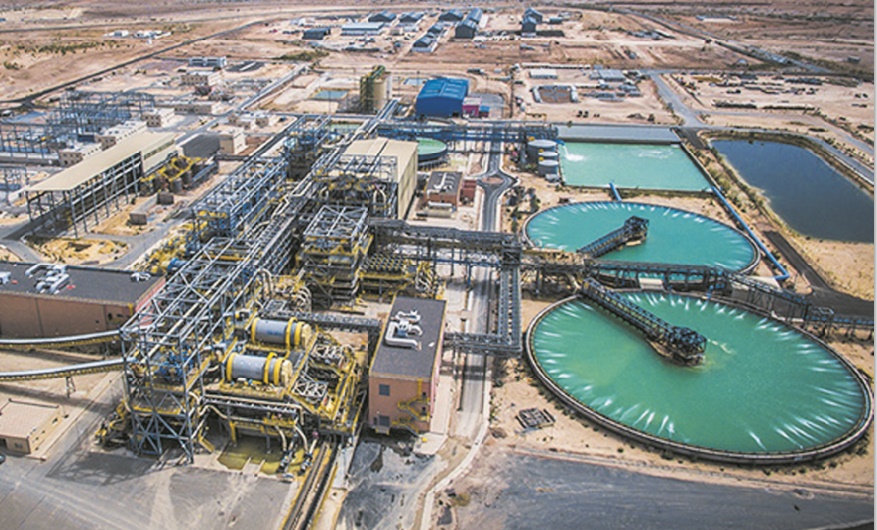 The Court of Auditors made a number of comments following a control mission carried out within the OCP group, which concerned the activity in the mining installations operated by the company.
"This mission examined the key mining activity processes involving ore extraction and its treatment through washing and flotation at the Khouribga mine and at the Gantour site," she said. a summary of its report on that mission.
In this document, the Court indicates that it was particularly interested in aspects relating to the planning and programming of mining activities of the first Moroccan company with a national and international dimension, as well as phosphate treatment by washing and flotation. .
The use and maintenance of mining equipment, in addition to the environmental aspects related to the mining activity, were also examined during this mission, adding national financial jurisdiction in a statement.
Thus, it can be seen that the medium and long-term planning process of the mining activities in relation to the development of the new mines was marked by some shortcomings related to the mining studies, which had to give more importance to the refinement. geological recognition of deposits.
The Court of Auditors also noted that the timetable for putting new mines into service in certain locations has not been sufficiently studied, given their importance.
Thus, she noted, "the production program until 2050 only identified the sources of relief without specifying the elements taken into account and the criteria used to prioritize these deposits," while its development would have become more relevant had it been based on a comparative analysis.
Multi-year planning should be framed by a formalized and documented process, according to it, considering that the development of planning support at the mining site level should be based on a formal frame of reference.
For the Court, improving the current process of developing such media "will likely prevent frequent disruptions in the implementation of mining projects that affect the execution of production programs."
It also noted that the process of acquiring the land tax base required for the development of mining activities requires oversight by a formalized and documented mechanism. And to deem it necessary to put in place appropriate and dedicated regulations to follow the mine extension programs and the programming of the opening of new mines beyond the acquisition of the necessary land.
Another observation: Preventive measures to ensure medium- and long-term deposits need to be developed, while the preparation of the annual mining project would benefit from being based on a unified and documented reference framework.
As regards the treatment of phosphate, the Court noted that the management of the inventory at the entrance and exit of laundries should be formalized, and it should be noted that control of the laundry activities does not allow proper management. .
"Although the equipment fleet is extremely important in phosphate mining activities, its management is deficient mainly due to the lack of precision and documentation of the data used in the studies on the determination of the number of mines," he continued, noting that this management does not have a plan for the refurbishment and renovation of equipment to optimize its use and that the use of subcontracting to carry out certain mining works requires a baseline that establishes the principles and rules.
While maintenance of operational equipment is one of the main levers for OCP's operational excellence, it appears that the company has undertaken several projects and projects, some of which have suffered significant delays and have resulted in disparate achievements. between the different mining entities.
Given that the mining activity produces different environmental impacts at different levels of importance and to mitigate them, in 2013 the company launched an environmental excellence program consisting of three categories of actions covering all group activities. However, some shortcomings continue to be made in this area.
It should be noted that the Court made a number of recommendations to improve the management of the mining group.
The world's largest exporter of phosphates and derivatives, the OCP Group employs over 20,000 people and achieved a turnover of DH 48.5 million in 2017, contributing 17% to Morocco's exports. and 18% in its reserves in foreign currency. In the same year, the group made a net profit of 4.6 billion dirhams and operational investments estimated at 11.6 billion dirham.