nonsmokers are not spared and are often under-diagnosed 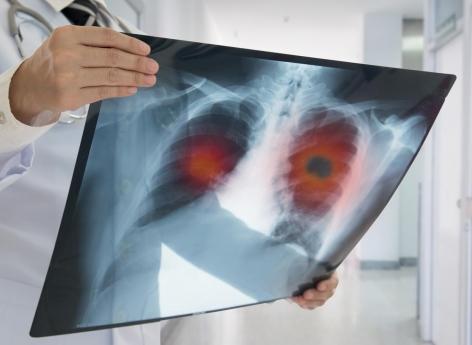 Tobacco may be a major risk factor for the development of lung cancer, but it is far from the only one. People who have never touched a cigarette in their life can be affected by this disease.

Here, in essence, is the message of a new article published in the Journal of the Royal Society of Medicine. According to their authors, lung cancer in people who never smoked is underestimated and "represents a diagnostic challenge, especially for general practitioners seeking to strike a balance between excessive research, early diagnosis and medical care.

A diagnosis too late for non-smokers

In France, it is estimated that one in four people with lung cancer has never smoked. This non-smoker bronchial cancer is the seventh leading cause of cancer death in the world and ninth in women in Europe.

If the causes are not fully understood, some factors explain the disease. This is the case of passive smoking, occupational exposure to carcinogens or external pollution. In all cases, 40% of non-smoker bronchial cancers remain unexplained.

In the United Kingdom, where this study was conducted, researchers estimate that about 6,000 people who never smoked die each year from lung cancer, says Professor Paul Cosford, director of protection. Director of Health and Medicine, Public Health England.

However, these patients are still underdiagnosed and therefore are unaware of the risk of developing a disease that they consider to be related to smoking. "For a long time, lung cancer has been considered only as a smoking-related disease, and this is an important association, but as this work shows, the magnitude of the challenge means that it is doctors and decision makers should be aware of others risk factors, including air pollution indoors and outdoors, "he continues.

Better to take into account factors other than smoking

In 2014, a study conducted in the pneumology departments of 104 general hospitals in France (CHU excluded) and covering 7,051 cases showed that more than one in ten patients (762) treated for lung cancer did not smoke. Among them, 11% never smoked in their lives, but 158 ​​(20%) were submitted to passive smoking.

For Professor Mick Peake, co-author of this new study and clinical director of the Cancer Outcomes Center at the London Hospital Collaborative Cancer Hospitals, these people who have never smoked are particularly vulnerable to lung cancer because, " understanding grows, they do not believe they are at risk and often face long delays in diagnosis, which reduces their chances of receiving a cure. "

Hence the need to continue research on non-smoker bronchial cancer, but also draw attention to the underlying risk factors, such as passive smoking and air pollution. .