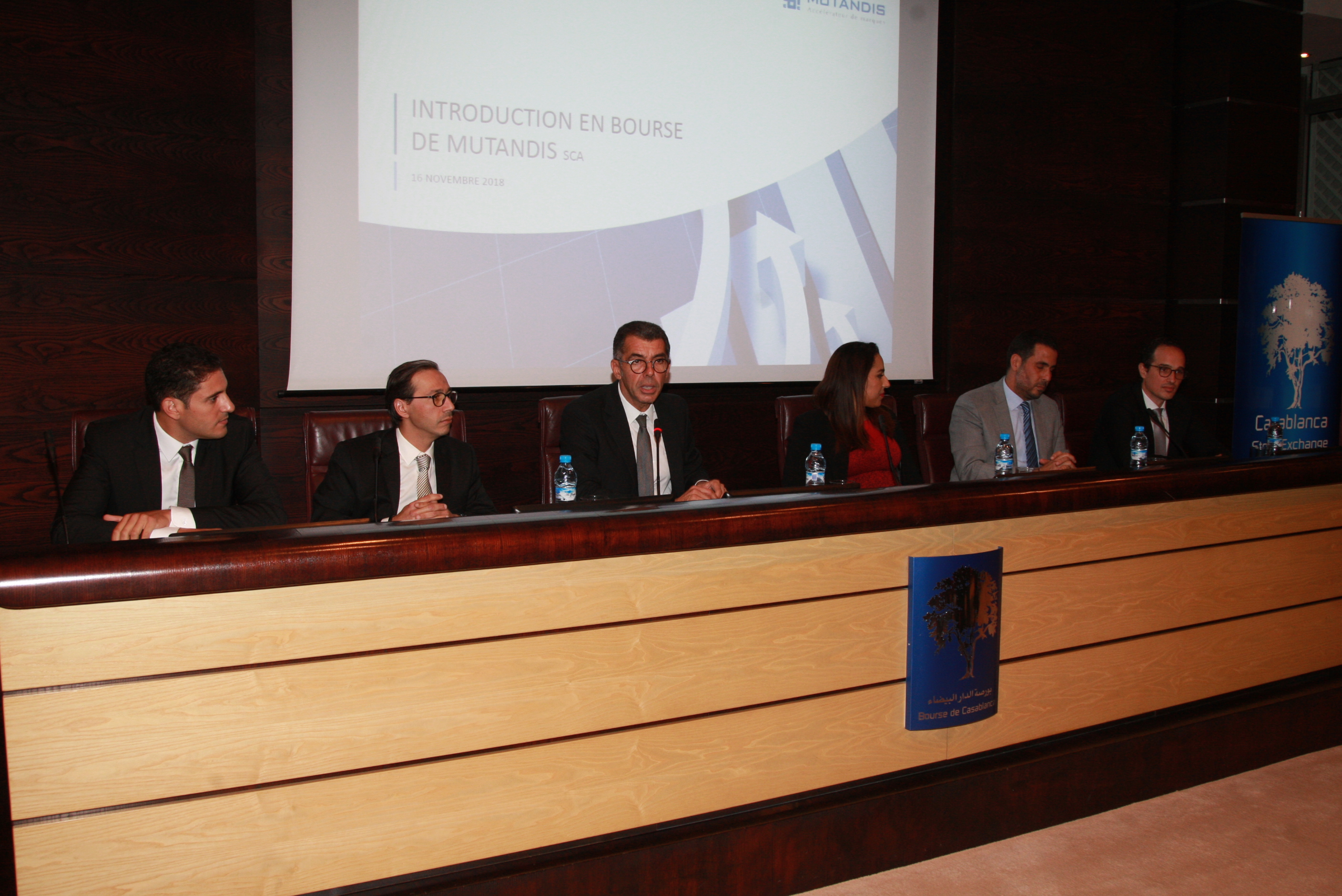 Mutandis, an industrial group specializing in consumer goods in Morocco and Africa, announced in Casablanca on Friday its Casablanca IPO, after obtaining a visa from the Moroccan Capital Market Authority (AMMC).

This operation, whose firm price is set at 180 dirhams / share (170 dirhams / shares for small owners), aims at regularly financing the growth investments identified in Morocco and in Africa or in Europe and to share with the largest number, general public and institutions, the fruits of future growth and consumption of families through the expansion of Mutandis' participation (already sixty shareholders before the IPO), explained the founder Grupo Adil Douiri during a press conference.

It also aims to strengthen the group's reputation and allow access to bank or bond finance in the best of conditions while driving governance to the highest international standards.

As for the timeline of this introduction, Mutandis reveals that the allocation of signatures will occur on December 12, while the first listing on the Casablanca Stock Exchange and the record of the transaction are scheduled for December 18.

Present in four product lines (detergents, seafood, food bottles and fruit juices) and with 9 factories in Kenitra, Berrechid, Casablanca, Safi, Agadir and Dakhla, with about 3,200 employees, Mutandis exports 34% of your total sales. half of them in Africa and the other half between the European Union, the Middle East and the United States.

During the same period, the gross operating surplus increased by more than 15% annually and is expected to reach 184 million dirhams by the end of the current year.

In addition, the company distributes in the last three years a dividend of MAD 7.5 per 100 dirham nominal, which represents, at the IPO price, a return of more than 4% per year. This dividend will be added to the increase in the value of the company in the medium term.