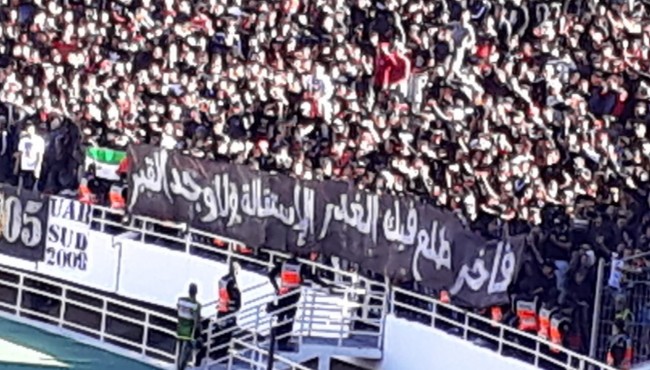 M & # 39; Hamed Fakhir, AS FAR coach, is having a nightmare. On Sunday, some supporters of AS FAR have put up a banner where they threaten the death of club coach, M & # 39; Hamed Fakhir. The message was unmistakable: "Fakhir, you are a traitor, renounce or dig your grave," they wrote. A very serious fact that does not make us laugh, but that witnesses the extreme violence in our stadiums. The hitch in all this is the inertia of the forces of order that allow the message to waver from an extreme. All this is part of an audio recording attributed to club captain Youssef Kaddioui, in which he accuses M & # 39; Hamed Fahir of corruption. Proverbs that Kaddioui later denied, ensuring that the audio was manipulated. Insufficient to calm the supporters of FAR AS FAR, to the point of threatening Fakhir's physical integrity. Kaddioui's irresponsibility endangers the life of the former coach.